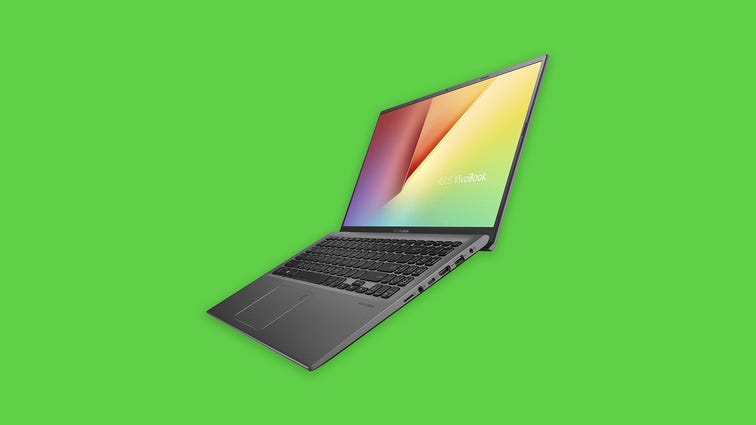 In the not too distant past, laptops with OLED displays were high-priced affairs geared toward graphics professionals engaged in creative work. Now, OLED displays can be found on mainstream laptops for general users who might also enjoy stellar contrast and accurate, vibrant colors.

How does an OLED panel achieve this goodness? A quick primer: the pixels in an OLED display can be completely turned off, which means it can produce absolute blacks and contrast ratios superior to that of an LCD screen where the liquid crystal can only block some of the light produced by the backlight. Even an LCD with local dimming can’t match an OLED’s ability to turn individual pixels on and off. OLED displays also offer a wide color range because primary colors can hit higher saturations that lets the display produce more colors. Higher saturation levels lead to more vibrant colors, and with more colors on its palette, an OLED panel can create colors that are more accurate.

Another advantage? OLED displays feature thinner layers than LCD displays and don’t require a backlight, which allows for thinner and lighter laptop designs.

You might reasonably think that an OLED is more energy efficient than an LCD because it doesn’t need to power a backlight and can turn individual pixels completely off. We have found, however, that OLED displays tend to have a negative impact on battery life. OLED laptops, however, still offer decent battery life. You just can’t expect to get a longer runtime from an OLED laptop in addition to the higher image quality.

With a basic understanding of the advantages of an OLED laptop, let’s take a look at the best deals I see right now. I have included mainstream laptops that have approachable prices along with high-powered laptops that are currently selling at a discount. And a Chromebook. Yes, you can get an inexpensive Chromebook with an OLED display. The prices and discounts are valid at the time of this writing, and I’ll update this story as sales expire and new deals emerge.

This mainstream model from Asus is one of the most affordable OLED laptops selling right now. It boasts a 15.6-inch OLED display with a full HD (1,920×1,080-pixel) resolution. Based on an 11th-gen Core i5 CPU and featuring 12GB of RAM and a 512GB SSD, it has more memory and double the storage capacity that you’ll find in many laptops that cost less than $1,000. It also has both Type-A and Type-C USB ports, saving you from having to carry around an adapter. It’s a good deal at its $800 list price and can frequently be found discounted to $750 at Amazon.

HP’s premium thin-and-light, two-in-one convertible laptop is on sale at Best Buy right now and costs even less than the Asus above. It features a smaller 13.3-inch OLED display and less RAM than the Asus, but it’s plenty powerful with a 11th-gen Core i7 processor inside a stylish and thin all-metal enclosure. It also includes Thunderbolt 4 support and a wide-angle webcam. Getting an OLED for this price is a boon, but we still wish the system had 16GB of RAM instead of 8GB, which would turn this machine into an everyday workhorse laptop.

A powerful, eight-core AMD Ryzen 7 5800H CPU and Nvidia GeForce RTX 3050 graphics power the high-resolution, 14-inch display of this Asus VivoBook. The display features a 2.8K (2,880×1,800-pixel) resolution and a 16:10 aspect ratio for more vertical space and less scrolling. You also get a sufficient 16GB of RAM and a roomy 1TB SSD.

This MSI model is heavily discounted right now at Amazon and features a 15.6-inch, 4K OLED display powered by an 11th-gen Core i7 CPU and RTX 3060 graphics. It also supplies 16GB of RAM and a 512GB SSD. The all-metal chassis is solid and thin at only 0.78 inches thick.

This 15.6-inch ZenBook has a rugged, all-metal enclosure that’s less than 0.7 inches thick and weighs less than three pounds. It features AMD’s awesome, eight-core Ryzen 7 5800H CPU and RTX 3050 Ti graphics along with 16GB of RAM and a roomy 1TB SSD. The laptop features a unique hinge that lifts the back edge of the laptop to provide good airflow and some tilt to the keyboard to create a comfortable typing position. The full-HD OLED display features touch support and is rated for a bright 400 nits. It’s currently selling for $20 less than its already reasonable list price.

The 13.5-inch Spectre x360 is one of CNET’s favorite two-in-one convertibles for its premium styling, light weight and long battery life. This model features an 11th-gen Core i7 CPU, 16GB of RAM and a roomy 1TB SSD with 32GB of speedy Optane memory. The 13.5-inch OLED display features what HP calls a 3K2K resolution — that is, 3,000×2,000 pixels. The display also has a boxy 3:2 aspect ratio, providing more vertical space than a 16:10 for even less scrolling through webpages and documents.

Did you know that you can get an OLED display on a Chromebook? Lenovo’s two-in-one Chromebook Duet 5 is proof that such a thing is possible. It features a detachable, 13.5-inch OLED display with a full-HD resolution powered by an eight-core Qualcomm Snapdragon and 8GB of RAM. It also supplies a 128GB SSD, which is rather spacious for a Chromebook. It’s on sale at Best Buy right now with a sizable $120 discount. 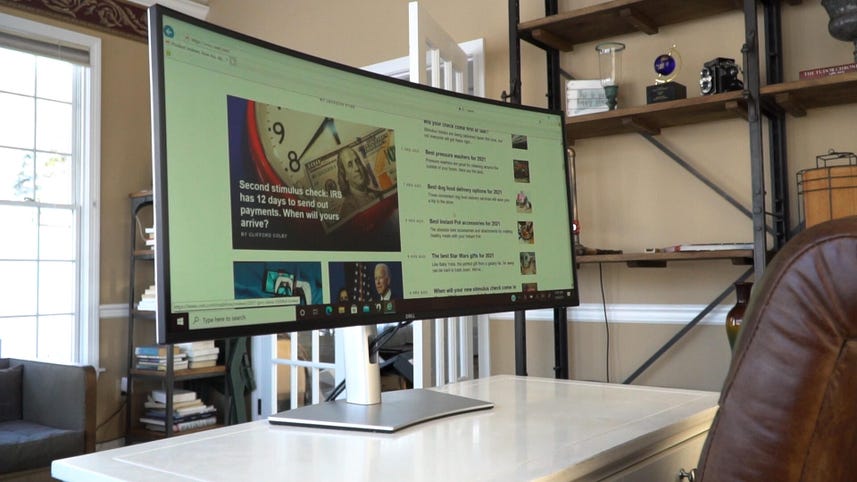 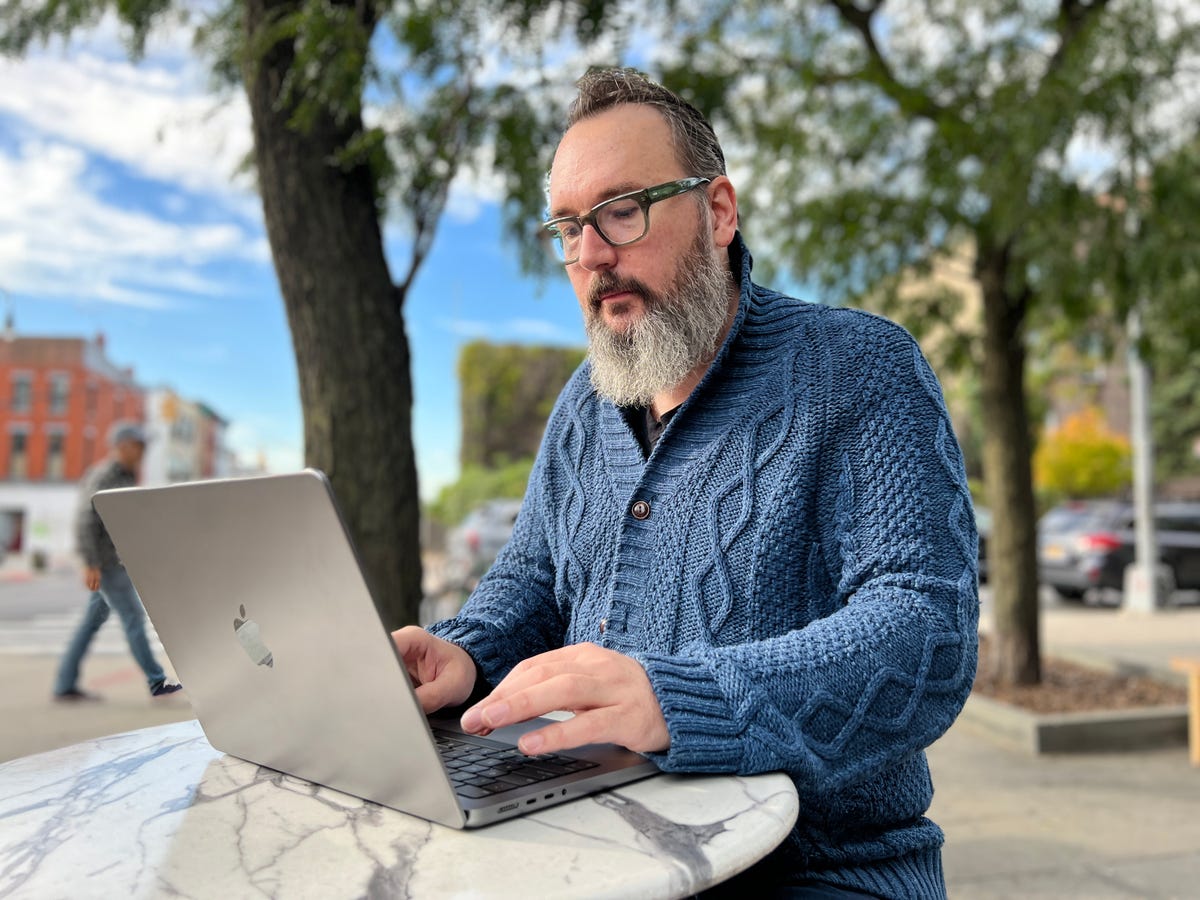