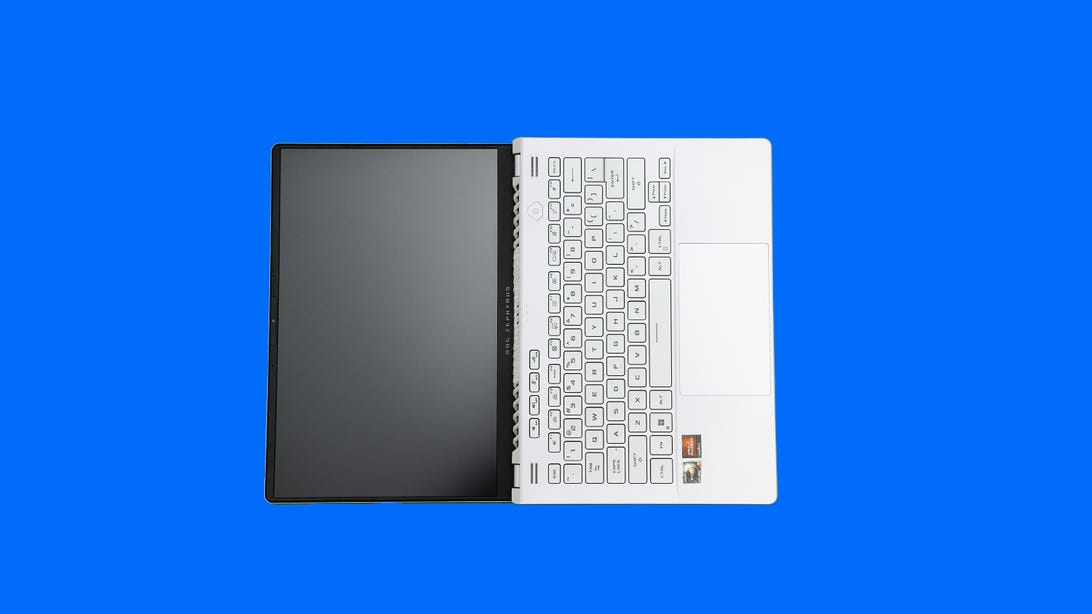 The Asus ROG Zephyrus G14 for 2022 was the first system announced that would adhere to the 2022 version of AMD’s Advantage design framework, as the original G14 model did when it launched in 2020. That means it uses AMD’s latest technologies. This year, much of AMD’s chip updates aim to increase the battery life of gaming laptops while boosting performance by directing more power where and when it’s needed.

These include the Ryzen 9 6900HS low-power/high-performance processor for small gaming laptops and either the AMD Radeon RX 6700S or RX 6800S, graphics processors targeting the same low-power-yet-high-performance tier. But the catch seems to be it’s either-or: either high performance or low power. And that’s not just for graphics-intensive tasks, where I’d typically expect to see the tradeoff.

The other catch is availability. It’s already slipped from its initial March estimate, though that’s probably attributable to the current production and shipping-related supply chain shortages. But even before the pandemic these Asus and AMD poster-child laptops always seemed to have frustrating availability issues. The price for my evaluation configuration, which you can’t even preorder, is $2,500 (£2,000). There’s no official retail in Australia, but it seems to sell for about AU$3,499.

AMD’s worked hard to interconnect its CPU and GPU operation. So if Asus decides to release models with an Nvidia GPU — those tend not to have the same availability gaps — you won’t be able to make any assumptions about its speed, battery life or behavior on different power profiles based on the AMD versions. For instance, AMD’s SmartShift can juggle the power needs of the CPU and GPU to increase the power to the GPU from 80w to 105w, but only if both processors are AMD’s.

Changes from previous models include the improved AniMe Matrix LED array on the cover. This cute but gimmicky animation feature bumps the overall weight from 3.6 to 3.8 pounds. Screen choices include a new 120Hz 1440p-class 500-nit screen with a full P3 color gamut, which I tested, though the default is a 1080p 450-nit 144Hz model. There are the other random design tweaks that constitute a more-than-rote refresh: The webcam now works with Windows Hello facial recognition sign-on but it’s still an underwhelming 720p camera. Asus also reorganized the speakers with upward-firing tweeters and downward-firing woofers.

I don’t remember enough about the older model to make a better-or-not judgment about the bigger touchpad, easier-to-open lid or more durable coating on the keycaps, but I can say the touchpad is a good size and feel, the lid opens singlehandedly and the keycaps feel premium. The white matte outer coating seems stainproof — or at least, the coffee I dripped on it came off easily even after drying.

As tested, the factory-calibrated screen has impressive color accuracy, covers 100% of the P3 gamut (only 88% Adobe RGB) and nails 2.2 gamma. Though it’s rated at 500 nits brightness, you’ll typically see a maximum of closer to 250, and it doesn’t support HDR for gaming — just Dolby Vision HDR, which has meager support in PC games at the moment.

When you discount performance, the G14 is above average, but not stellar. Once you get past the 14-inch size, decent display and AniMe Matrix LED, the rest is pretty typical. The laptop’s real story is in its performance, both good and bad.

When it’s running at full power, plugged in and the discrete graphics processor always on, it’s fast for its size. In its default performance profile, the AMD Ryzen 9 6900HS performs roughly the same or a bit better as the Intel Core i9-12900H in the Zephyrus Flow Z13 (we’re still in preliminary testing on that, though) on multicore operations, but not quite as well on single core operations. It does fare well against the previous-generation high-power Ryzen 9 5900HX I tested in the ROG Strix G15 Advantage Edition.

But pulling the plug can result in a huge drop in processor speed using the default (Performance) profile — I saw it drop by almost 70% on general multicore speed on Geekbench 5. Even moderately demanding web apps (as measured by MotionMark and WebXPRT3) drop by between 20 and 50%. That’s because it automatically switches to its aggressive Silent power-and-sound management profile. It’s also the main reason battery life runs between 9 and 10 hours on an undemanding task such as streaming web video with the default profile.

The gap between the default profile and forcing it to use the discrete graphics processor is a lot bigger in some cases than I typically see when testing laptops. For example, when I played RiftBreaker, CPU performance in 1080p rose from 83.9fps to 95.8fps (14%) while GPU jumped from 211fps to 267fps (26%). On the other hand, when I ran SolidWorks at 1080p in SpecViewPerf 2020 I saw a negligible difference. The biggest bump was about 14% when I ran Maya.

If you didn’t have to reboot to switch from Hybrid to discrete GPU modes, it wouldn’t be such a pain. But you do. It’s not nearly as annoying as the Razer Blade 14, which could only force discrete GPU on if you connected it to an external display, but you don’t sacrifice as much if you don’t force it.

If you want to set it and forget it, unless you’re setting and forgetting while plugged in, this probably isn’t the system for you. AMD and Asus may have put all that work into making it “automatic,” but it’s still not automatic enough. It’s possible the curves just need some fine-tuning — though I retested with BIOS and profile settings in early April — or that I prioritize battery life a little lower than most. I’ll also note that it hasn’t shipped yet, so who knows what other optimizations will be made to the version that ships. 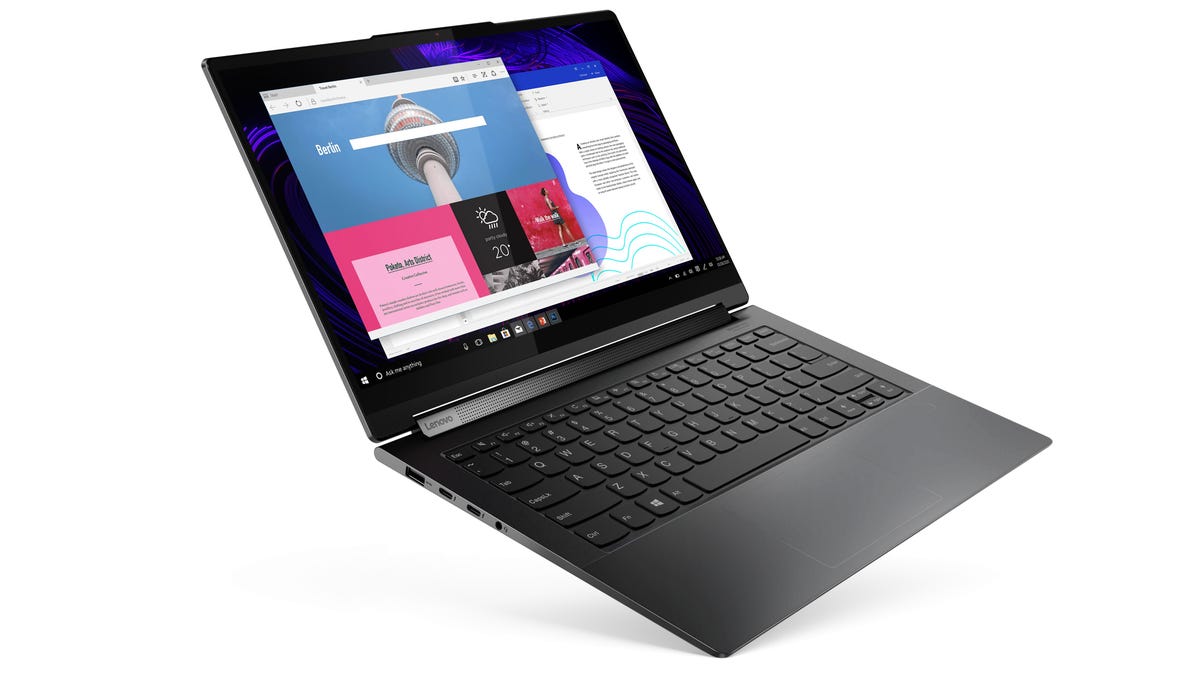