Meta CEO Mark Zuckerberg promises a unified metaverse, a seamless expanse of online 3D realms that work together regardless of what company built them. But if current tech industry trends are any indication, the future will instead be a multitude of fragmented digital domains, each its own separate shard of the metaverse experience.

Different companies have different ideas for what the metaverse should be. And they’re all aware of the power of platforms. Apple’s iPhone, Tencent’s WeChat and Meta’s own Facebook all demonstrate that controlling a technology platform means you can charge rent. Want to sell an iPhone app? You’ll need to pay a tithe to Apple.

It’ll be no different in the metaverse, says Singulos Research CEO Brad Quinton, whose Perceptus AI technology is designed to identify real-world objects in augmented reality, one of the metaverse’s 3D interfaces.

“WhatsApp and iMessage don’t work together,” Quinton said, referring to Meta’s and Apple’s chat apps. “It doesn’t seem like that’s going to go away anytime soon.”

The metaverse has captured public attention since Zuckerberg, the concept’s most vocal backer, staked his giant social network’s future on it last year. He’s pitched it as a realm built by multiple companies using open standards. In it you’re promised an experience like Neal Stephenson described in Snow Crash, the 1992 novel that introduced the term to the public with a single digital universe where people chat, fight, gawk at the sights and judge the fidelity of each others’ avatars.

In reality, the metaverse is an uber-hyped idea that could quickly become a choppy mess. If you find it painful to navigate the current internet, with its collection of different services with separate logins, currencies, contact lists, avatars and item inventories, wait until you have to log in while wearing a bulky uncomfortable helmet.

Welcome to the messy metaverse

The metaverse, broadly speaking, refers to 3D environments we’ll occupy, says Forrester analyst Martha Bennett. That’ll include entirely digital zones we’ll visit via virtual reality, or VR, and the blend of digital and real called augmented reality, or AR. With the right headset, you could play immersive video games, don an outrageous avatar at a virtual party, go clothes shopping, bring new stats and scenery to your workout, or see ads and map directions overlaid on your view of the real world.

The concept has been on the agenda at trendsetting conferences, like the recently held SXSW festival and the Game Developers Conference, which is happening this week.

In Meta’s view, the metaverse will have an abundance of activities, including work conferences, virtual table tennis and online education. Powering it will be a common foundation, Zuckerberg said in the October speech where he announced that Facebook was changing its name to Meta, essentially betting the house on the new digital world.

“Teleporting around the metaverse is going to be like clicking a link on the internet. It’s an open standard. In order to unlock the potential of the metaverse, there needs to be interoperability,” and digital goods must be portable, Zuckerberg said in his metaverse manifesto. “When you buy something or create something, your items will be useful in a lot of contexts, and you’re not going to be locked into one world or platform.”

That would also let you avoid duplicate purchases like buying Angry Birds twice to play it on your Android phone and Apple iPad. For those unique digital assets, like Nike sneakers, metaverse proponents want to use technology called nonfungible tokens, or NFTs, that record ownership on the same blockchain technology as cryptocurrency.

Not so fast, Meta

Meta’s vision of a unified metaverse foundation is far from unprecedented. Cooperatively developed standards route data across the internet, shuttle email from Gmail to Outlook and deliver websites to your browser. Tech’s biggest companies benefit from many collaboratively developed open-source software projects like the Linux operating system, LLVM for creating software and Chromium for building web browsers.

But most newer tech platforms we experience are characterized by a proprietary design governed by a single company. It’s a world of walled gardens more than open standards.

Facebook remains sticky because it’s hard to convince all your contacts, and for them to convince all their contacts, to switch to something else. Apple technology works best for customers who buy Macs, iPhones, iPads, Apple Watches and AirPods and who subscribe to Apple Music, Apple TV Plus and Apple Fitness Plus. For Microsoft, Office productivity, LinkedIn identity and Activision Blizzard gaming will likely be central to its own metaverse, not peripheral.

What Meta really wants is to effectively own the metaverse, says Jack McCauley, an engineer who co-founded the Oculus VR headset effort but left after Facebook acquired it in 2014. “What they’re trying to do is to create their own platform,” complete with apps and services, he said.

Meta is indeed trying to create a metaverse platform, investing billions of dollars over coming years to build it and trying to attract developers and creators. But its vision doesn’t call for a Facebook-only metaverse. Interoperability and open standards “need to be built into the metaverse from day one,” Zuckerberg said, an approach that could lower barriers between multiple metaverses. He decried the “lack of choice and high fees” on today’s big tech platforms as “stifling innovation and … holding back the entire internet economy.”

McCauley isn’t alone in expecting big disconnections between metaverses, though.

People will go to one metaverse where their friends hang out and another metaverse that their employer sets up, predicts Eric Alexander, founder of Soundscape VR. Different realms will require different governance models, content moderation policies and foundational technologies with proprietary elements. His own service, which generates a visually vivid 3D world to match people’s music or concerts, requires very low latency to avoid lag between real-world musicians’ actions and the resulting audio. Soundscape VR isn’t eager to share that with others or lower its standards for common foundation.

And those separate patches of turf will define the metaverse, at least until consolidation wipes out or absorbs smaller players.

“Everyone will want to own and control their own metaverse,” says Bradley Tusk, an investor at Tusk Ventures. “We’ll see who wins once they compete with each other.”

Some openness to metaverse foundations?

The metaverse’s underpinnings might benefit from common infrastructure. There are several projects that could help. Open AR Cloud, from nonprofit the Open AR Cloud Association, could build a digital mirror of the real world that AR headsets could use. OpenXR is an interface that programmers can use to write software for spanning multiple AR and VR headsets. And WebXR brings brings web publishing techniques to headsets’ browser interfaces. Graphics chip powerhouse Nvidia likes another possible foundation, Pixar’s Universal Scene Description technology.

Alliances could give smaller efforts more clout. That’s the hope of David Lucatch, CEO of Liquid Avatar Technologies, which offers identity technology to let people traverse metaverses more easily. He helped launch an alliance called the Multiverse Collective to help companies band together with common technology that should be better able to compete with metaverse efforts from giants like Meta.

Ultimately, though, closed technology will carry the day, says GlobalData analyst Laura Petrone. “The metaverse is the prerogative of big tech companies with the wealth of data, computing power and sophisticated technologies to enable it,” she said.

Expect them to set their own standards. 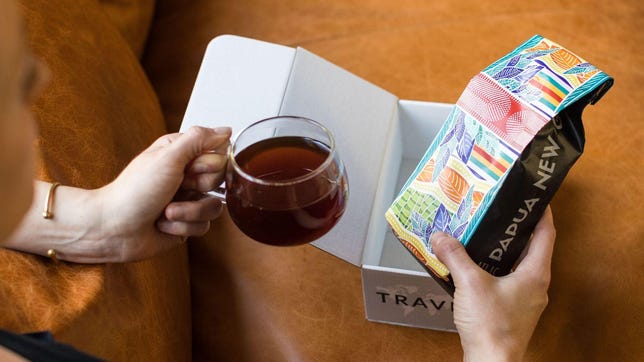 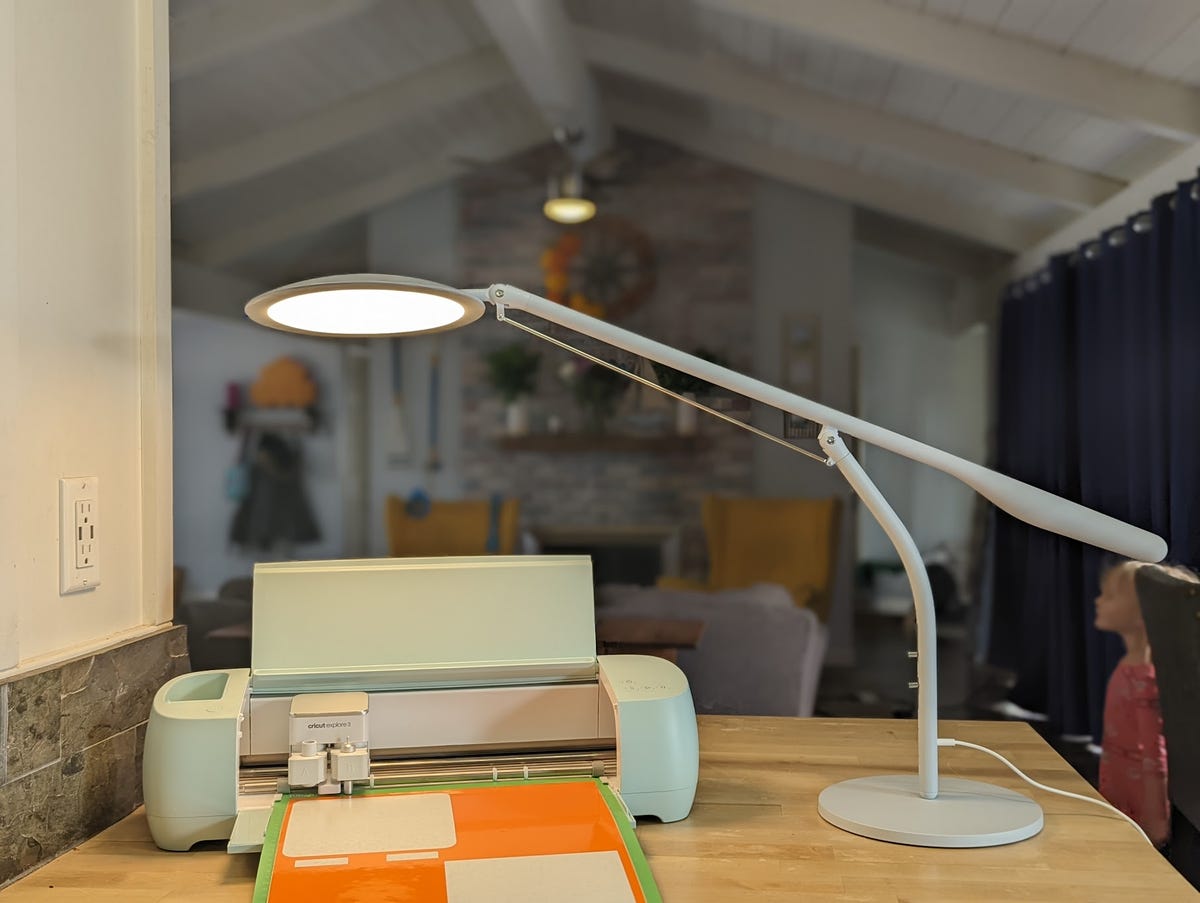