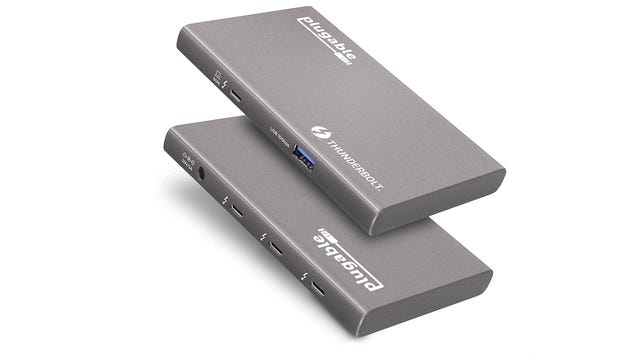 A host of new USB-C accessories that were on display at CES 2022 indicate that the data-and-charging tech may be about to reach its potential after arriving seven years ago.

USB-C and its related standards are already fixtures in laptops, Android phones and countless accessories. USB-C made its debut in 2015’s Apple MacBook and Google Chromebooks. Its oval connector replaced rectangular USB-A ports on PCs and smaller, trapezoidal USB Micro-B ports on many Android phones.

But a crop of new products at CES demonstrate the ever-growing adoption of USB-C. With one major exception, everything from cars and headphones to game controllers and multidevice chargers now offers a USB-C connection. (Yes, that major exception is Apple’s iPhone, but I still hope it comes to the iPhone someday.)

Deeper changes are coming with the standards that govern what USB cables and ports can do. The upgrade from USB 3 to USB 4, now arriving in laptops and other devices, means faster data transfer and docks with multiple USB-C ports. The USB PD (Power Delivery) standard can handle more and more charging needs, now including high-end gaming laptops.

Here’s a look at some of the new USB-C devices from CES 2022. Where the products are not yet available for sale, we’ve linked to the product information at the manufacturer’s website.

The $189 Plugable USB4-HUB3A USB 4 and Thunderbolt 4 hub skips the variety on many hubs and docking stations to concentrate on just USB and Thunderbolt, the closely related connector technology from Intel on which USB 4 is based. One USB-C or Thunderbolt connection on your laptop becomes three on this hub. Plus there’s a USB-A port for your keyboard, thumb drive, or other accessory that’s not part of the modern age. It comes with an external charger of its own that means the USB-C/Thunderbolt ports can supply up to 15W of power to whatever is plugged in, which is useful for external drives and some other accessories.

Hyper’s 4-port Thunderbolt hub handles both power and data duties using either USB-C or Thunderbolt. One port connects to a laptop, supplying up to 96 watts of power — enough for almost any high end laptop. Three other ports connect to other devices and supply up to 15W of power. Unusually, Hyper’s hub has built-in power electronics, so all you need to power it is a cable, not the usual combination of cable and power brick. Hyper didn’t disclose pricing or availability.

Satechi’s $120 4-port USB-C charger can crank up to 165W of power, a usefully high rating for handling a beefy laptop and a few other devices like tablets and phones. For years, USB-C chargers have also had USB-A ports, but since new iPhones come with a Lightning-USB-C cable and millions of other smartphones are USB-C all the way, having 4 USB-C ports is more useful for the future. This Satechi charger uses gallium nitride (GaN) power electronics for a more compact size.

The $80 7-port USB-C Gen 2 Hub Adapter from EZQuest includes three 10Gbps USB-C ports and one 5Gbps USB-C port that also can pass along up to 100 watts of power if you plug your laptop charger into its pass-through port. It attaches to your PC with a built-in 9-inch cable. It’s also got three USB-A ports on the other side. Although it’s compact, none of the USB ports support video.

Targus, well known for laptop bags, announced a $443 USB-C docking station that also has a built-in fingerprint reader for authentication. That can be handy as biometric logon becomes more pervasive, even replacing passwords in some situations. This docking station also can supply up to 100W to power a laptop, has a single USB-C and 4 USB-A ports for other peripherals, supports dual 4K monitors and comes with jacks for 3.5mm audio and RJ-45 Ethernet cables. It’s scheduled to ship this month.

If you’d rather have useful ports instead of the sleek front of Apple’s new iMac computers, the $200 Hyperdrive Turntable is worth a look. It’s a 360-degree swivel that fits neatly beneath the iMac’s base and offers a profusion of ports: one USB-C, four USB-A, one SD card slot, one HDMI port, and a phat M.2 port for fast and beefy NVMe SSDs (solid state drives) you can plug and unplug as easily as a flash card for extra storage capacity.

The $499 Anker 535 Portable Power Station is a big battery — 512Wh, about 10 times the capacity of a MacBook Pro. It’s got a 60W USB-C charging port, three USB-A ports, one 12V car charging port and four conventional AC power outlets for devices like CPAP machines that you’ll want to keep running even during a power outage. (If you’re charging devices like laptops or phones, though, avoid using the AC plugs, since you’ll just waste power as it gets converted from the battery’s DC power to the plug’s AC and back to your device’s DC.) It’s also got a light bar for emergencies.

EZQuest’s $100 UltimatePower 120W USB-C charger can charge one beefy MacBook Pro or two smaller laptops that consume 60W apiece. GaN electronics and fold-in prongs make it compact — smaller than a credit card in height and width, although of course it’s a lot thicker. In addition to the USB-C ports, it’s got a USB-A port for older devices. It comes with a 2-meter USB-C cable and an adapter for use in European countries. It should ship mid-February. 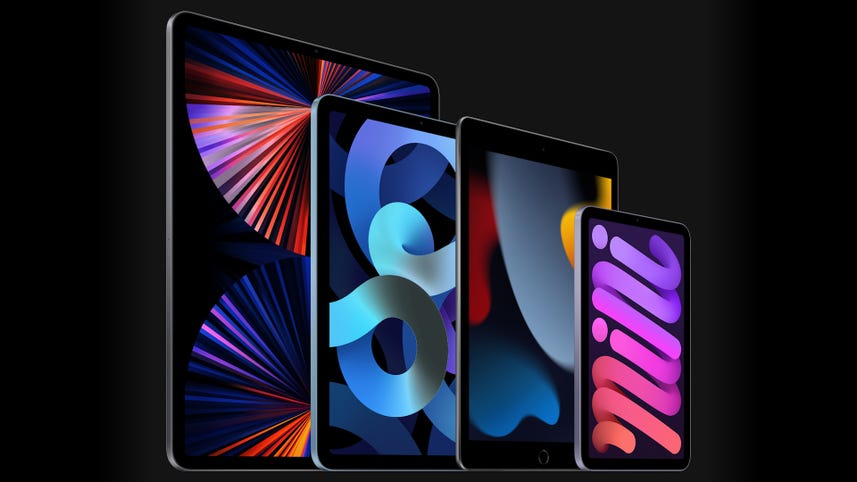 Web technologies
Apple’s new iPad Mini and every other iPad: Which do you buy? – Video