At a show that often felt like it barely existed (and that I didn’t attend in person), it’s hard to figure out what CES 2022 really says about the year ahead. However, one trend that started accelerating in 2021 is already in play: VR and smart glasses are on the rise again, thanks in part to the promises of a metaverse-filled future. At a show that insisted on being in-person, though, it’s important to note that unique virtual ways to connect to Vegas remained pretty absent.

Last year passed without much new augmented or virtual reality hardware. The Oculus Quest 2 continued to be a stealthily successful product, even though it was released in 2020. For 2022, a trio of big VR products are already looming over this year: Meta’s next-generation VR headset, Sony’s PlayStation VR 2 and Apple’s expected VR/AR device. Those could be joined by any number of surprises from players like Microsoft, Valve, Qualcomm, HTC and even companies that have been quiet lately on the AR/VR front but were previously active (like Samsung and Google).

These companies were never going to lay all their cards down at CES, and this COVID-shrunk affair made the news feel even smaller. But there were some key indicators of the year ahead in what we saw.

Sony revealed the official name and a lot more specs for its upcoming PlayStation 5 compatible VR headset, expected to arrive this year. The PSVR 2 requires a PS5 to work, which already limits how many people could experience it, considering the PS5’s price and still hard-to-buy status. Sony’s headset doesn’t have a price, but it could cost at least as much as the PS5 console itself based on the existing VR hardware prices. The original PSVR launched at $399 in 2016.

The PSVR 2 isn’t a standalone device like the Oculus Quest 2, but it will bring several advances to home VR: it’ll have eye tracking, which could enhance the quality of VR graphics using a technology called foveated rendering, and maybe even allow eye-based controls in games. It’ll likely have considerably more convincing haptic feedback, through a haptic-equipped headset and controllers that will use Sony’s already-impressed DualSense controller tech. And Sony could lean on its hardware, along with its gaming partnerships and the upcoming release of Unreal Engine 5, to spark a wave of breakthrough VR games.

Microsoft has been involved in VR and AR for years, but its several-year-old HoloLens 2 headset remains an expensive, business-focused outlier. A surprise partnership with Qualcomm announced at CES looks to develop smaller glasses that will likely work with phones as well as Windows devices, bridging Microsoft’s existing attempts at cross-platform software with Qualcomm’s initiative to make glasses that work with Android phones.

This is interesting because phones still lack smart software to work with AR glasses. Google’s Android never officially developed any deep OS-level AR hooks for glasses, although Android already allows plenty of AR and smart glass accessories. And Apple, while having AR software and tools for phones and an expected VR/AR headset reveal later this year, hasn’t yet made iOS work well with glasses either.

Google used to make VR hardware, and pioneered smart glasses with Google Glass. Could Google make a return to the landscape, alongside Apple? Microsoft doesn’t make its own phones, and Qualcomm could be looking to define the landscape ahead of more players entering this year.

The types of smart glasses Qualcomm has been promising are already arriving: last year, Lenovo’s ThinkReality A3 and Nreal Light showed what smaller plug-in AR glasses could do, but the software and inputs (and compatibility with my own glasses prescription) aren’t here yet. TCL is working on its own AR glasses, plus a smaller version of its display-equipped smart glasses I tried last year.

Vuzix, which makes industrial smart glasses and AR equipment, has a very normal-looking pair of 3D AR glasses with micro LED displays that it expects to deploy in places like shipping centers. The Vuzix Shield has a monochrome display, but is aiming for full color in the next version.

Smart glasses still suffer from a few problems: limited battery life, sometimes difficult input (hand tracking isn’t perfected, while others use touch panels on glasses, or phones as touchscreens, with no standard type of controller), and unusual optics or prescription limitations compared to everyday glasses. But, most importantly, most phones don’t support glasses for easy transfer of experiences between phone screens and eyewear — yet. That may depend on Google or Apple making changes to their OS in the future.

New accessories shift to the wrist

HTC’s newest business-focused Vive Wrist Tracker isn’t a complete VR controller replacement, but it is a little preview of how all these headsets are going to start experimenting with controllers and inputs. VR’s been stuck for a while on the same sort of game controller-like interface for years, and companies like Meta have already telegraphed a shift towards wrist-based controls as smaller headsets and AR glasses become the norm. HTC’s already shrinking down its VR hardware by introducing the more glasses-like Flow goggles last year.

The Vive Tracker is meant more as a way to track hands while using other objects — like a fire hose for an actual firefighting VR training app for the HTC Vive Focus 3, which is what these wrist trackers are designed for. The trackers can be combined, or placed on other objects or parts of the body, according to HTC’s Vive business head, Dan O’ Brien. These trackers currently are limited to using two at a time, but the goal is to keep tracking more things: maybe the entire body, eventually, or a room’s objects.

What will Apple use as the controller for its expected VR headset? What about rumors of Meta releasing a watch? The future of wrist-based controllers might not be that far away.

Nobody knows what a metaverse is

I’ve always seen the idea of the metaverse as an acknowledgement that cross-device and cross-app support need to be figured out to support larger communities across VR, AR and phones and computers. It’ll happen… slowly. Companies like Nvidia are promising collaborative 3D graphics tools that will enable common standards for the metaverse. But right now, it’s looking like a lot of companies are all claiming to have the solution without a clear consensus on how it will work. But 2022 is barely a week old: I have a feeling it’ll get a lot clearer by the end of this year. 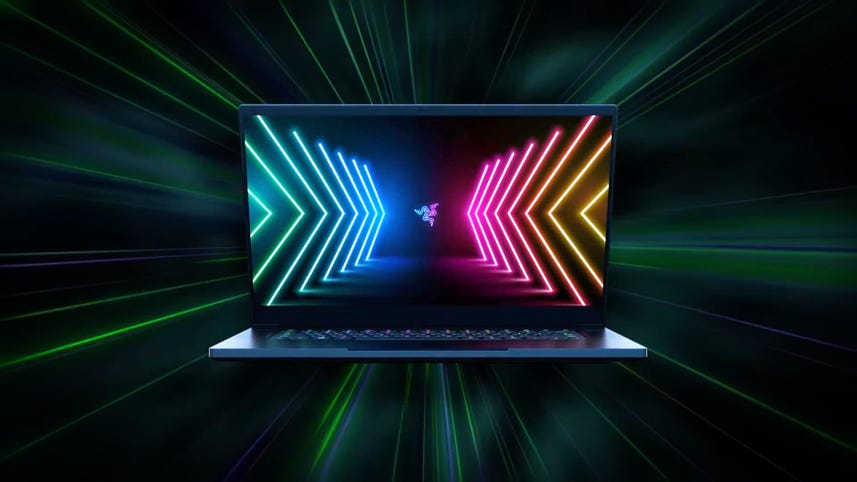