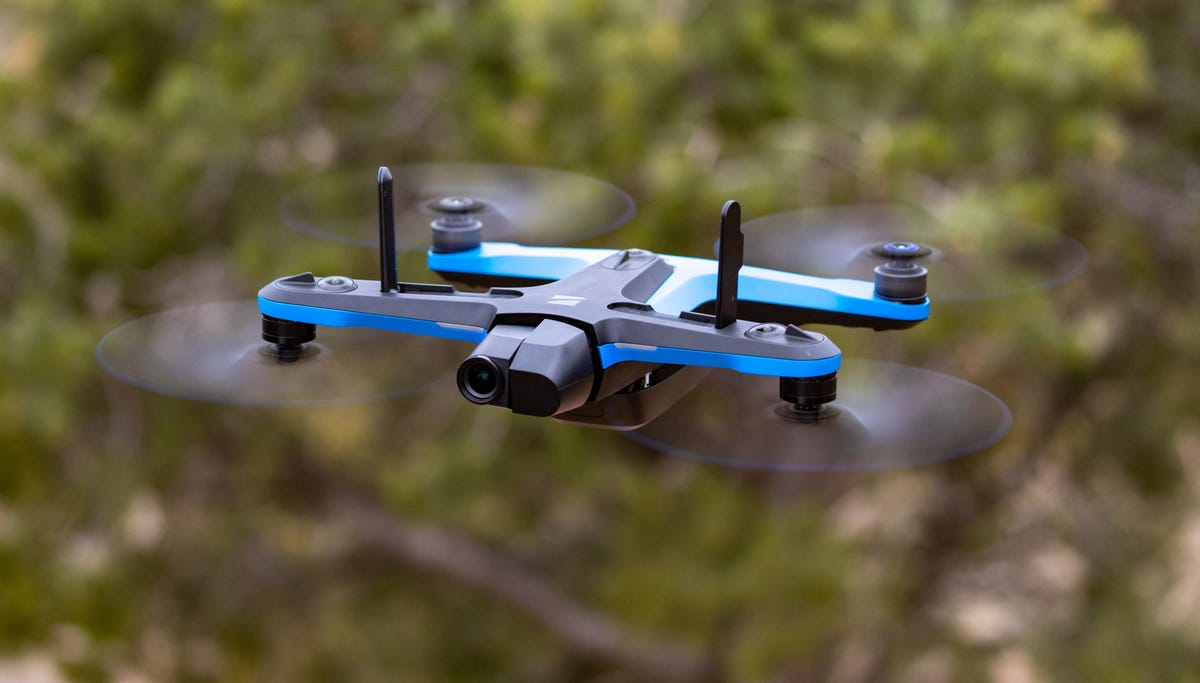 Piloting a drone is a complicated affair involving dual-joystick controllers, FAA regulations and a lot of fiddly gear. But after trying the new $1,099 Skydio 2 Plus, announced Tuesday at CES 2022, I’m impressed how new smarts let even noobs like me use drones to take aerial photos and videos.

Skydio’s software-first approach to making drones focuses on autonomous flying technology using six navigational cameras to avoid houses, trees, people and other obstacles. That frees you from the most dangerous and worrisome parts of operating a drone so you can get to the fun parts. And it lays a foundation for an important new feature in the Skydio 2 Plus.

With its new drone, Silicon Valley startup Skydio kept the same camera and basic aircraft design but improved the drone’s hardware and software. That means better battery life, longer communication range and a new feature called KeyFrame that lets you set up a point-to-point path the drone will follow for smooth, more cinematic videos around a subject.

I tried KeyFrame and was able, with remarkably little fuss, to set up a mock real estate video with the drone cruising down the driveway, orbiting the house, popping up for a more unusual downward view and panning around to show the view from the house.

That’s an important commercial use for drones, but I was more excited by Skydio’s subject-tracking ability. That’s great for anyone who wants to star in drone videos of driving on dirt roads, skiing down avalanche chutes or, in my case, mountain biking along New Mexico trails.

I came away impressed with how easy the Skydio 2 Plus was to operate and with the quality of its videos and photos. Clearly the technology is maturing into a real tool to create fresh, dynamic views of the world.

What remains to be seen is just how broadly drones will spread. Skydio and rivals like DJI can claim success democratizing the technology, but serious obstacles remain around flight restrictions, privacy and noise. Even where drones are allowed, few people enjoying the beauty of the wilderness will be happy when a whining drone intrudes.

Overall, I’m not ready to buy a drone, even though I’m a good candidate as a landscape photographer and mountain biker. A drone’s bulk and battery life mean it’s a serious decision to bring one into the backcountry, especially compared to the relative simplicity and durability of a GoPro action camera. And I really don’t like spoiling the wilderness experience with drone noise.

The Skydio 2 Plus isn’t a radical departure from the four-propeller Skydio 2. There are still three ways to fly it: with your Android smartphone or iPhone, with the joystick controller that your phone snaps into, and with Skydio’s candy-bar-size beacon.

The joystick controller is good for precise positioning and orientation, like what you’d want for KeyFrame, while the beacon is good when you’re using the drone to track you as you bike, drive, ski, snowboard, skateboard or otherwise move around.

You will notice two snap-up antennas on the 2 Plus, which the drone uses to send and receive signals on the 5GHz frequency band. That’s less cluttered with radio noise than the previous 2.4GHz band, CEO Adam Bry said. The combination of the new frequency band and a higher power radio lets you fly the 2 Plus from farther away.

Improved batteries offer about 20% more flight time, up from 23 minutes per charge to 27 minutes now.

The drone is available in four kits for various customers. Prices range from $1,099 for the basic Skydio 2 Plus Starter Kit to $2,169 for the Skydio 2 Plus Pro Kit, which includes the controller, beacon, extra batteries, replacement propellers, a dual-battery charger and other accessories.

I’ve long been curious about drone videos and photos, and the Skydio 2 Plus offered a great chance to take my first steps.

I found the Skydio 2 Plus setup to be somewhat onerous. The drone itself needed a firmware update, which I retrieved relatively easily through the phone app. But getting all the connections right is complex. For example, you link your phone to the joystick controller with a USB-C cable, but you use a wireless connection to the beacon’s Wi-Fi. If you then need to change the drone’s settings — for example, changing from video to photo mode — you have to link your phone to the drone’s Wi-Fi network. I got better with experience, but it can be a daunting start.

Once I got the Skydio 2 Plus set up, though, I was impressed at how easy it was to actually fly it. The controller’s joysticks control parameters such as altitude, orientation and camera angle. I found it easier to just look at my phone’s screen to get a drone’s-eye view than to look at the drone and try to mentally translate from my own perspective to the drone’s situation.

I disabled the 8-foot minimum elevation for better perspectives — there was nobody near me so I wasn’t worried about terrifying onlookers. Trying KeyFrame, I had no trouble adding the series of waypoints with the views I wanted. Once you’ve added the locations, which are visible as a series of diamonds on a timeline across the bottom of the app, you tap the first to send the drone to the start, then tap play to send it along the route. Skydio automatically starts recording video upon launch, so there’s no risk you’ll forget that important step.

The drone itself creates a smooth path between positions and orientations. You can fly the path multiple times. But if you change batteries, you’ll have to launch from the same spot to get the same flight path.

More fun for me was getting a drone video escort to my mountain bike rides — a style of videography I’m more personally interested in creating and watching. Here, I used the beacon, which the drone tracks via GPS in combination with an AI vision system that locks on to the video subject.

You can easily reposition the drone to shoot from ahead, behind or either side. I liked an orbit mode, too, which wheels around you for a more panoramic view. I set the drone to fly close to show more of the trail and biking experience some of the time, then sent it farther away when I wanted to emphasize the scenery.

At no time did I worry about hitting a tree. The autonomous navigation technology worked well for me. Only rarely did the Skydio 2 Plus have trouble keeping me in the frame, even on twisty trails. Some very gusty wind caused some jerky motion.

It’s slick, easy to use and delivers results that not too many years ago would have been impossible on a budget under $2,000.

Video quality was good, though I shot only during the daytime. My only objection was jittery scenery caused by a very fast default shutter speed, even when using magnetic snap-on neutral density filters.

Before all the flying, though, came the bureaucracy. For some details on limits and requirements, check CNET’s drone guide.

I started by registering the drone at the Federal Aviation Administration’s drone zone website. It costs $5 and doesn’t take long. The hardest part was figuring out the Skydio 2 Plus’s serial number. Next came the Recreational UAS Safety Test, which I took through the Academy of Model Aeronautics. (UAS stands for unmanned aerial systems, which is one of many bits of jargon you’ll encounter in the world of aviation.) That’s how you’ll learn some basic rules, like not flying higher than 400 feet above ground level.

Then came the apps. First was the FAA’s B4UFLY app, which tells whether your flight location is permitted. Next was the Aloft app, which lets you request permission to fly in some controlled airspace, though I never needed that.

Honestly, it’s a pain, and I’m sure plenty of drone pilots don’t bother. Enforcement is tough. But given that governments are working to figure out the best way to accommodate recreational and commercial drone uses, I thought it was important to keep to the letter of the law.

It was a hassle, yes, but as with the drone’s setup experience, more of a one-time annoyance. Overall, it’s remarkable how easy it was to get good video and photos out of the Skydio 2 Plus. 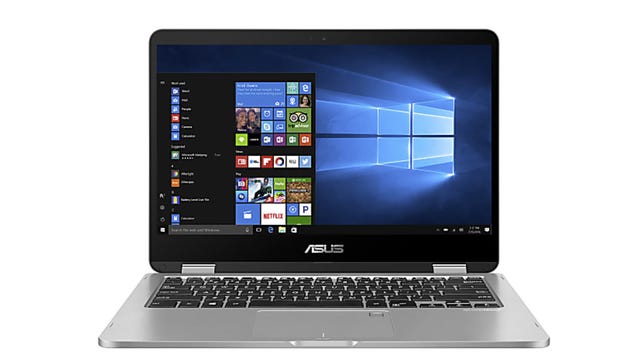 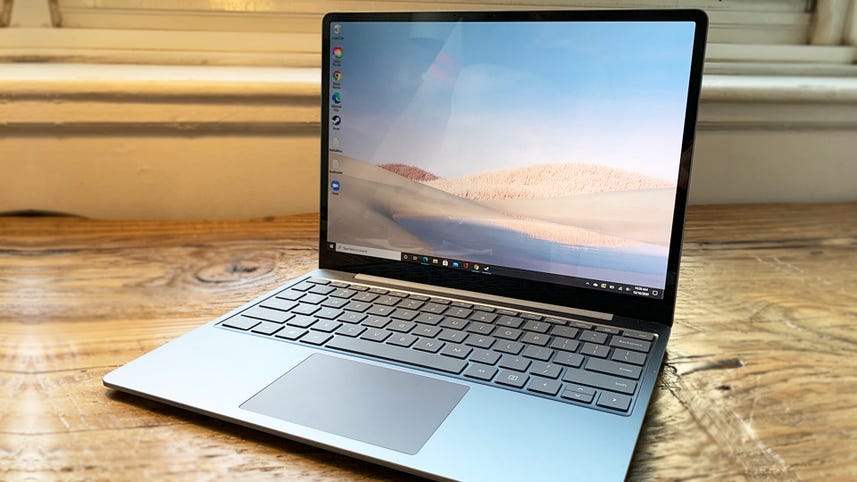 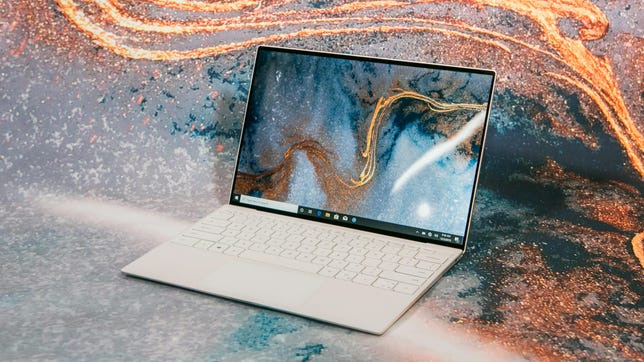