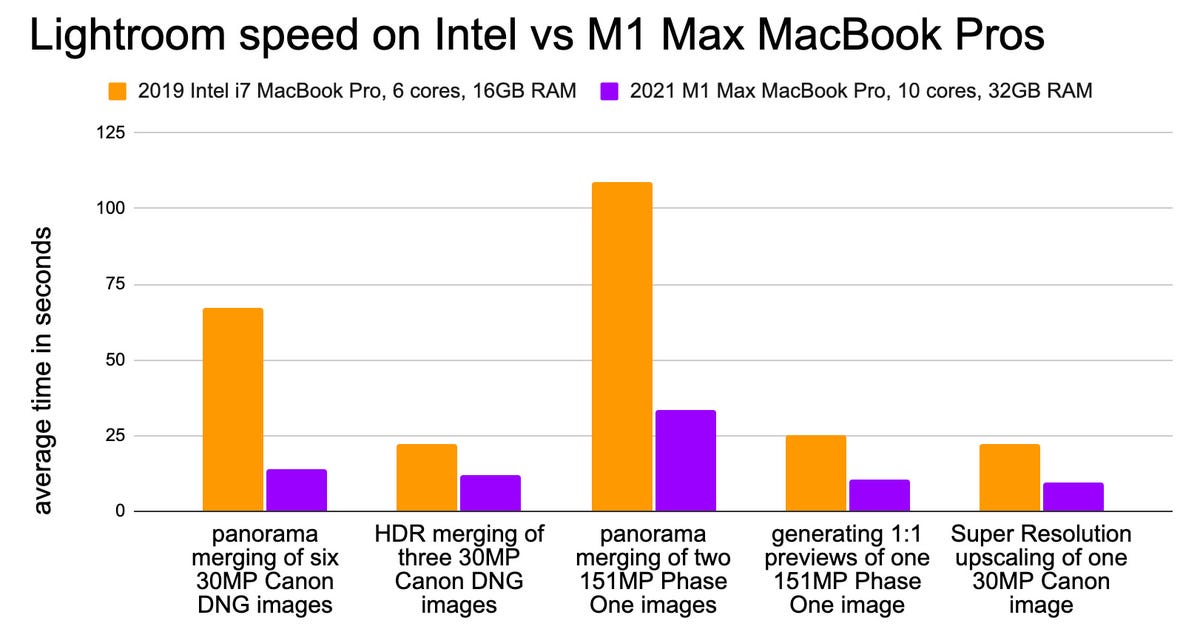 I didn’t really need to upgrade to an M1 Max-powered MacBook Pro. After spending hours using Adobe’s Lightroom photo editing and cataloging software, boy, am I glad I did.

The speed of the new MacBook Pro knocked my socks off. The battery life was similarly impressive. And it’s great having an SD card reader back for importing photos and videos from my cameras.

The improvements, validated with by testing some common Lightroom chores that caused my older Intel-powered Mac to crawl, are thanks to Apple’s new chip and Adobe optimization to take advantage of it. Apple is halfway through a two-year process of replacing Intel processors with its own M-series designs. The chips are beefier cousins to the A-series chips in Apple’s iPhones and iPads.

If you’re leery about the switch, come on in. The water’s fine.

Among the advantages the M1 Max and its similar but less graphically powerful M1 Pro sibling deliver: built-in circuitry for artificial intelligence tasks, a unified memory architecture, and a beefy built-in graphics processing unit. The chips balance power with battery life by combining high-speed and high-efficiency cores, resulting in more hours of use per charge. The chips are made for Apple by Taiwan Semiconductor Manufacturing Co. (TSMC).

My photography labor of love

For the record, my new MacBook Pro sports 32GB of memory, a midrange configuration for the 16-inch models and twice what’s in my two-year-old MacBook Pro using a six-core Intel Core i7 processor. The extra memory is a $400 addition, but I judged it worthwhile to accommodate photo and video editing plus my usual burden of a few dozen browser tabs. (Lightroom is happy to grab as much of that memory as it can.)

To be clear: I was trying to decide whether my upgrade was justified, not evaluate how the latest Intel-based machines measure up. So the speed tests are relevant to me and likely anyone else wondering whether to shell out $3,000 or more. But they aren’t meant to be definitive.

From the moment I set up the machine, the performance boost was obvious. Loading websites, scrolling and unlocking with Touch ID were all noticeably faster. Everything was refreshingly snappy.

The main reason I justified buying a $3,500 laptop, which came to $2,150 with a $1,350 rebate for trading in my previous Intel-powered machine, was because glowing reviews indicated the new MacBook Pro would be better at heavy-duty tasks like photo editing.

I take a lot of photos. My Lightroom catalog has more than 129,000 shots and my Flickr archive has upwards of 30,000. I use photography as a creative outlet, a journal of my family’s life and a tool that encourages me to learn about everything from insects to architecture. I take a lot of photos for work: I’ve documented refugees, nudibranchs and close-up details of processors.

It’s a labor of love, and I do mean labor. I usually take 30-megapixel photos in raw image formats with my Canon 5D Mark IV. I also shoot hundreds of raw photos with a Google Pixel and an Apple iPhone. I also try out new camera products like the 45-megapixel Canon R5 and the 151-megapixel Phase One IQ4. That means I have a lot of photos to manage, many of them in processor-taxing sizes.

Processing photos is a lot of work for computers. Turning raw photo data into a shot I can see on my screen is a constant computational bottleneck as the computer renders new photos or rerenders them with editing changes. I quickly max out my memory with editing tasks such as exposure adjustments and tonal changes. I often sit impatiently watching progress bars crawl along as I merge multiple photos into a single panorama or high dynamic range (HDR) image or increase photo size with Adobe’s Super Resolution feature.

Lightroom on the M1 Max MacBook

So how much faster is the new machine? Way faster. I performed five tests of routine but taxing Lightroom actions, running them three times on each machine and taking the average time. That might not be statistically rigorous for a scientific study, but it did clearly show I wasn’t imagining the speedup.

Lightroom still struggles to accommodate Phase One’s enormous 151-megapixel raw files, but the new Mac handled it much better than my older machine. A panorama merge of two shots took an excruciating 109 seconds on the Intel Mac; it was 3.2x faster on the M1 Max MacBook Pro at 34 seconds. Interpreting the raw files to generate full-resolution previews — the most common delay I experience in Lightroom — was 2.5x faster on the new machine.

Adobe’s Super Resolution, a machine learning tool that benefits from the M1 Max’s AI accelerator module, was 2.4x faster on the M1 Max Mac, an average of 9 seconds compared with 22 on the Intel Mac.

Adobe has updated Lightroom to take advantage of the M1 chips’ unified memory architecture, which offers a single pool of memory that the central processing cores and graphics processing cores both can take advantage of. That means data doesn’t have to be laboriously copied back and forth to separate CPU and GPU memory regions, liberating programmers to use whichever core is fastest for a particular job. Adobe also taps into the M1’s Neural Engine cores for AI acceleration, said Sharad Mangalick, Adobe’s photo product manager.

Lightroom photo editors also should see “noticeable improvements” in speed and responsiveness when importing and exporting photos, scrolling through the photo library, editing, and merging shots into HDR and panorama images, Mangalick said.

Indeed, I found many tasks in Lightroom — launching, scrolling, zooming, importing and exporting — are snappier on the new machine. On a Thanksgiving excursion on which I shot a couple hundred photos, battery life was good enough that it wasn’t until the third day that I had to plug in the new MacBook Pro. 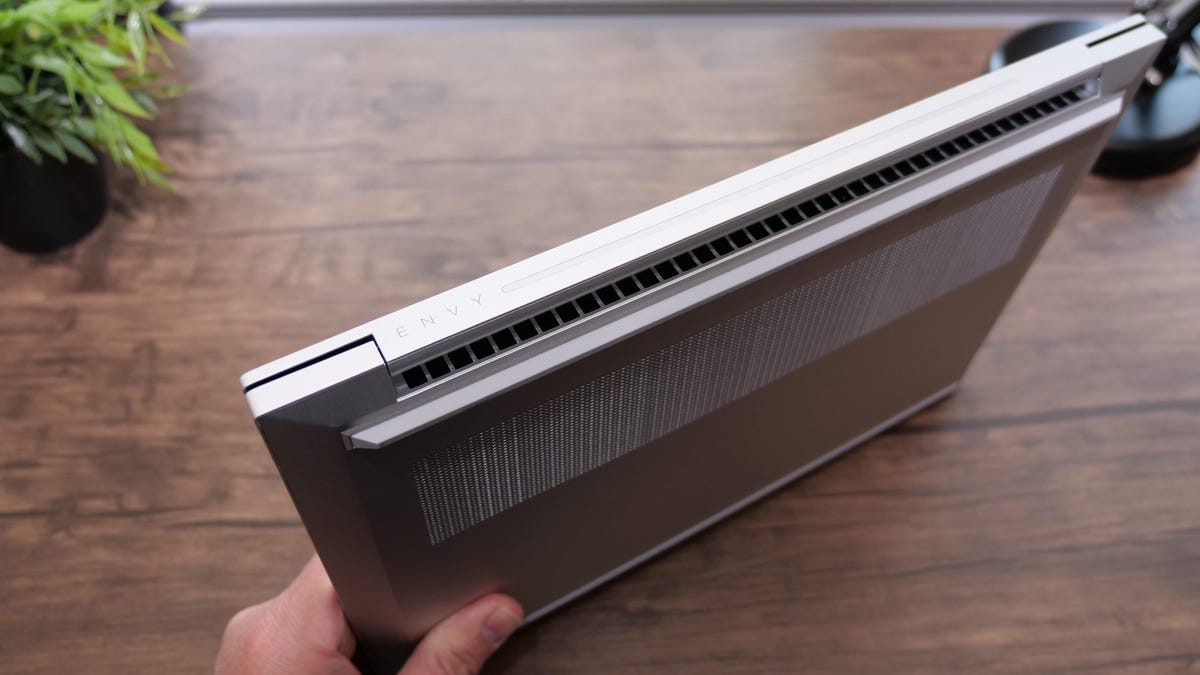 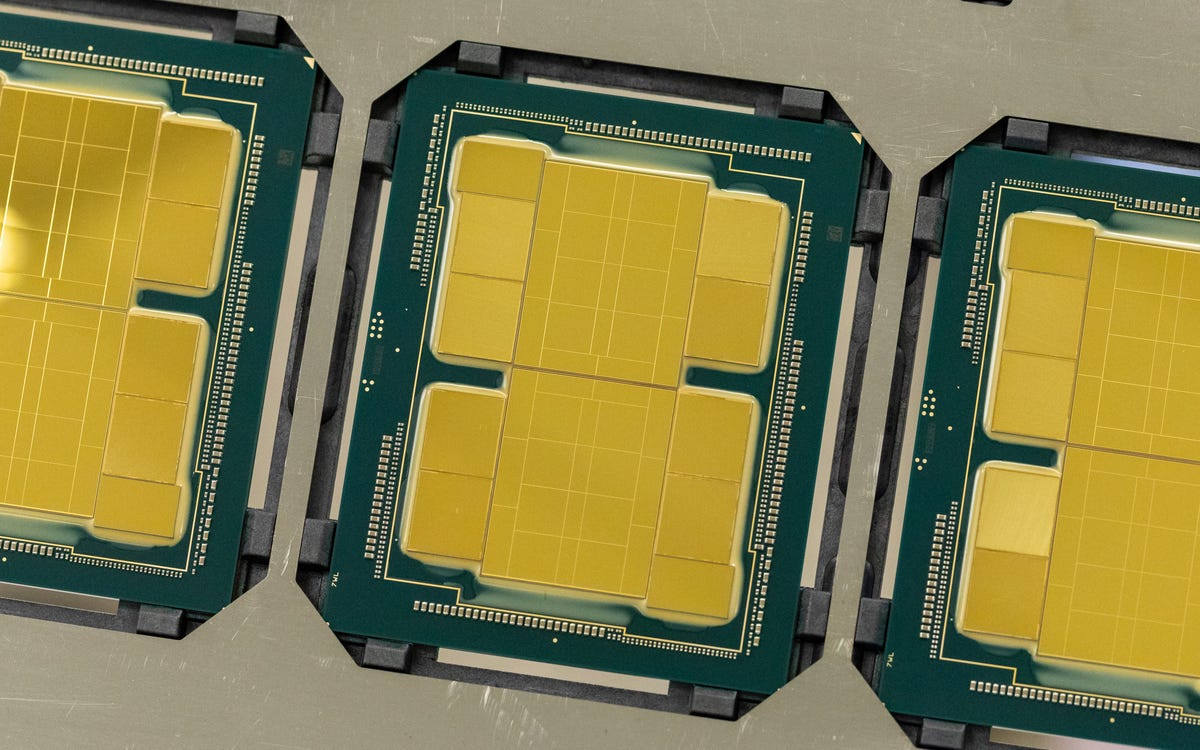 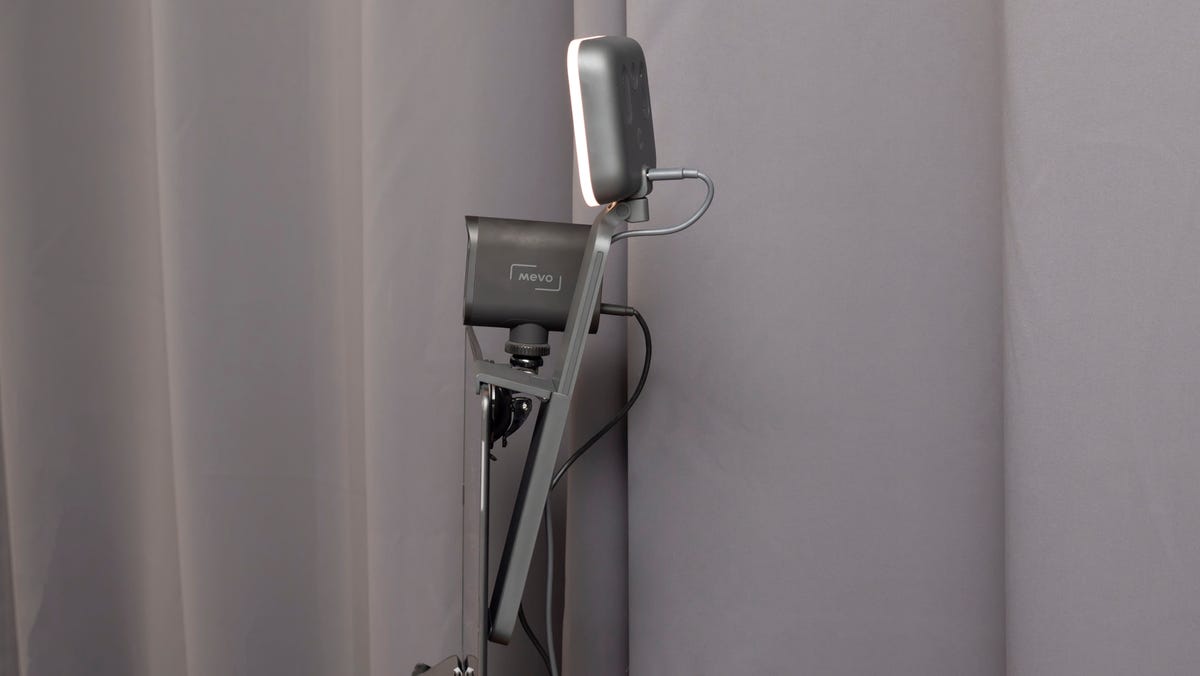 Web technologies
Logitech Litra Glow review: This LED light for streaming or working from home is brilliant and affordable