Apple on Monday revealed its M1 Pro and M1 Max processors, giving us a look at its highest-end chips so far and the brains inside its redesigned MacBook Pro, which comes in 14-inch and 16-inch models. The chips present a new threat to Intel’s decades of PC processor dominance, thanks to more computing cores compared to older M1 chips.

Apple debuted its M1 in 2020 with new MacBook Air and 13-inch MacBook Pro laptops and added the chip to new iPad Pro tablets and iMac all-in-one PCs in 2021. The M1 chip offered a winning combination of performance and battery life, but Apple now is making the case that its processors also are suited for customers like photographers, video editors and developers who need a lot more horsepower.

The new chips are behemoths in the processor world. The M1 Pro has 33.7 billion transistors, the core circuitry element fundamental to all chips, and the M1 Max has 57 billion. They both employ a beefier version of the M1’s unified memory architecture, with the M1 Pro reaching 32GB and the M1 Pro Max reaching 64GB.

The M1 Pro and M1 Max enable Apple to leave Intel behind for a broader swath of Macs. Apple’s first Intel-powered Macs shipped in 2006. When Apple announced the M1 in 2020, it said it would take two years to push Intel chips out of its Macs. To smooth the transition, the M-series chips can translate software written for Intel chips, and Apple promised five years of software updates for Intel-based Macs.

Apple revealed the chips at an online MacBook Pro launch event. Although iPhones have eclipsed Macs as Apple’s most profitable products, the computers remain an important part of the company’s business. MacBook Pro models in particular are geared for customers willing to spend thousands of dollars for a premium laptop.

And in AI tasks, which use machine learning techniques for jobs like recognizing faces in photos or converting speech to text, the M1 chips are five times faster than the Intel i9 machine. Apple didn’t disclose which benchmarks it used for the tests.

Apple for several years has steadily improved AI accelerators it’s built into its A-series chips for iPhones and iPads and brought that to its M-series chips, too. Intel, which has suffered from years of difficulties improving its manufacturing processes, has been slower to add AI accelerators.

Like its M1 processor, the M1 Pro and M1 Max are built using a 5-nanometer manufacturing process. They’re members of the Arm family of chips used to power every smartphone and many other devices. Apple uses Taiwan Semiconductor Manufacturing Co. to build its chips.

Other changes coming to the MacBook Pro include camera enhancements, the death of the Touch Bar, the return of MagSafe charging and an HDMI port, and the addition of a notch. Along with the new laptops and chips, Apple announced the AirPods 3 (here’s how to buy them), a new Apple Music “Voice” Plan and new HomePod Mini colors. 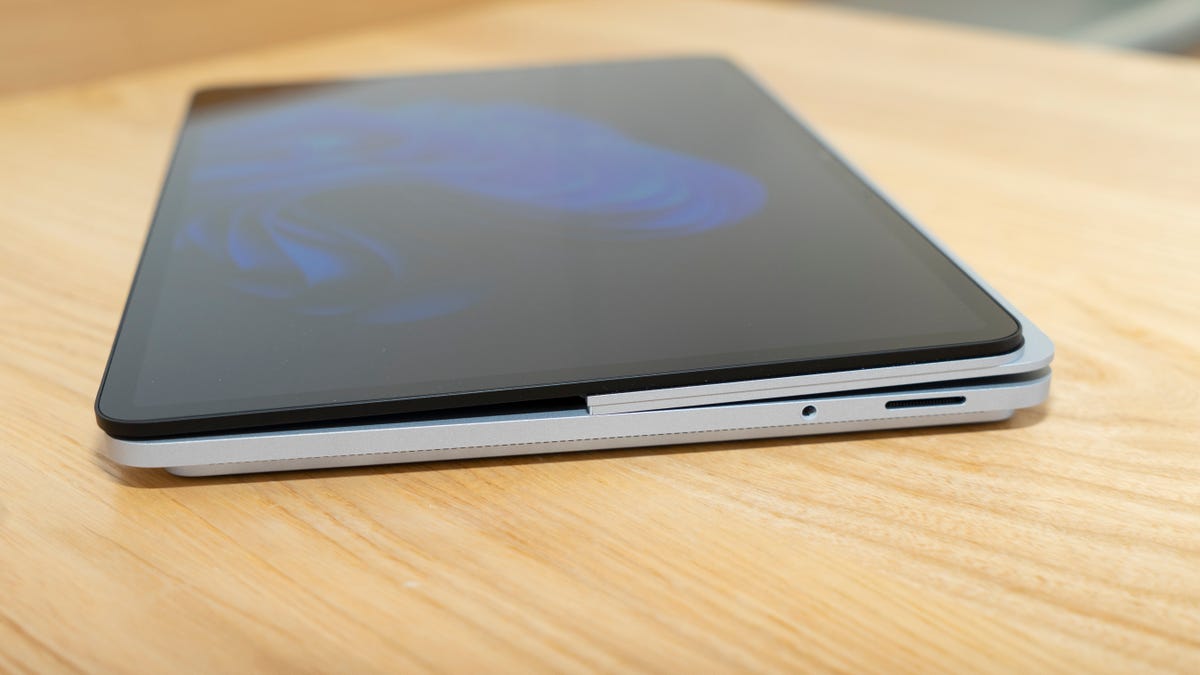