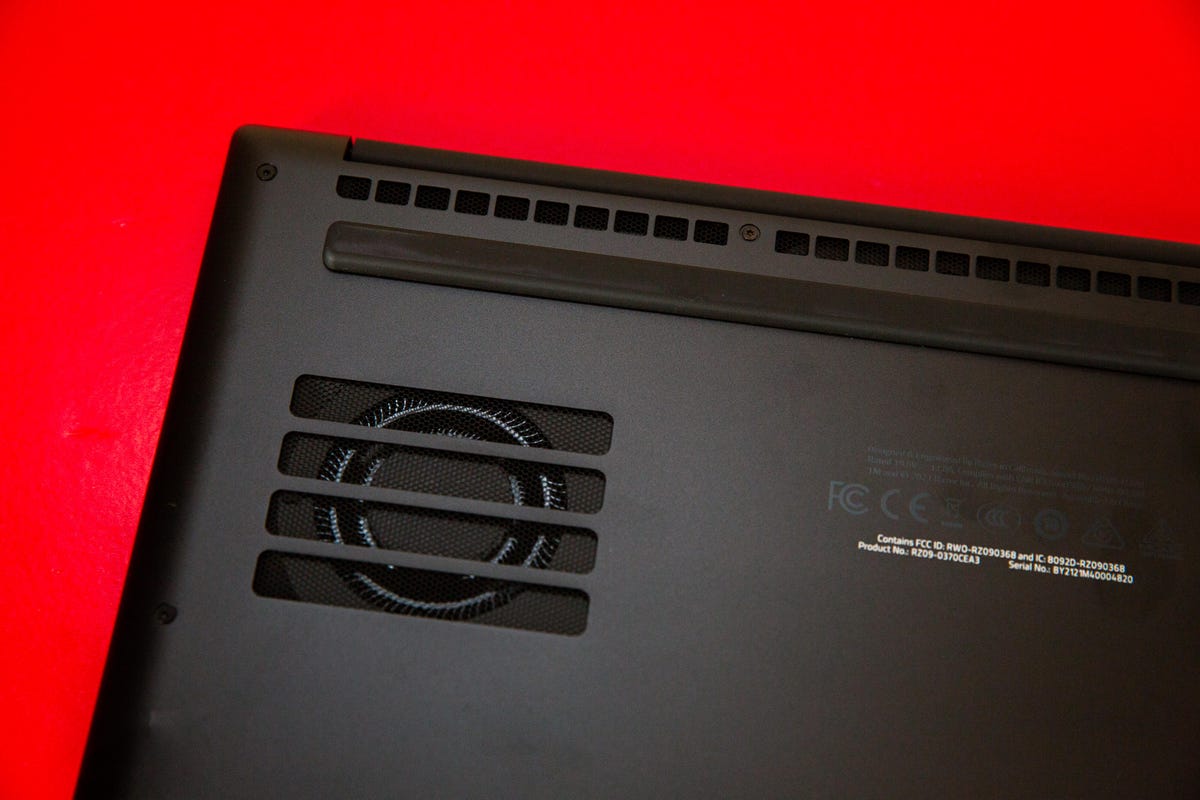 Thanks to the balance of screen size and weight, I generally like 14-inch laptops better than the alternatives. I’ve never found the smaller screen size to affect my immersion in games; as much as I love me a massive desktop display, once I’m in, I’m in. So there’s a lot to love with the Razer Blade 14, which incorporates one of the fastest mobile CPUs available (for now, at least), the AMD Ryzen 9 5900HX, and top-end mobile graphics with the GeForce RTX 3070 or 3080. With Razer’s trademark black-slab design, it very much feels like the middle child between the Blade 15 and Blade Stealth 13.

Razer’s veteran design scales well. It’s got the same decent keyboard, large touchpad, full-size HDMI 2.1 port and so on of the larger models, as well as two USB-C ports, but as usual no Thunderbolt because AMD doesn’t play in Intel’s sandbox. One nice visual  touch is the way the keyboard backlight shines through the fans so you can see them through the vents on the bottom of the laptop.

It shares the same much-needed fingerprint-resistant coating as its siblings, which works imperfectly but is still far better than it used to be and better than many of the other laptops I’ve tested. Razer added an IR camera to its existing 720p webcam assembly, so while the webcam is still meh at least you can now use Windows Hello facial recognition login.

The keyboard is decent — doesn’t feel like it has quite enough travel, but is good enough. The power button is on the keyboard, right next to the delete key and just above the backspace key, which is a common placement trend, but to a touch typist that location may be a disaster waiting to happen. And you definitely want to use headphones for gaming and entertainment rather than the laptop speakers, which are just serviceable.

The 165Hz, 2,560×1,440-pixel screen is quite nice and comes factory calibrated for the P3 colorspace — extremely well calibrated per our test results (using Portrait Displays’ Calman Ultimate 2021 R2 and an X-Rite i1Display Pro Plus), at least at its default 100% brightness. Though the screen has wide color coverage (97% P3 D65), brightness peaks at about 366 nits and so the screen unsurprisingly doesn’t support HDR for games or creative work. As brightness drops, so does accuracy, though it never gets bad at usable brightness levels. Nor could I detect any notable game-related screen artifacts such as motion blur.

One option you might want to spring for is Razer’s $180 GaN Charger (£160 in the UK, but not available in Australia), a 130-watt USB-C laptop charger with a pair of USB-C ports to charge other devices. The bulky power brick and overly stiff cable the Blade 14 inherited from its bigger siblings needs to go away.

There have always seemed to be performance compromises when scaling down to a smaller laptop, most recently with models in the same size class like the (admittedly cheaper) Acer Predator Triton 300 SE. Sometimes manufacturers will trade off a powerful CPU for a lesser GPU, or vice versa, but if you play games and use it for processor-intensive work like data crunching or photo editing, that’s not ideal.

When it launched the new Blade 14,  Razer trumpeted the fact that it was first to announce a 14-inch gaming laptop with a Ryzen 9 5900HX — also Razer’s first AMD CPU in the Blade line — and a GeForce RTX 3080 crammed inside.

But in order to perform the feat, Razer had drop to 100w maximum power draw for the GPU, which was designed to go much higher; for example, the bigger, but similar weight (and unavailable for the moment) Lenovo Legion 5 Pro pushes it to 140w.  In practice, that means 8GB of VRAM rather than 10GB or more, throttled clock speeds and lower memory bandwidth, which are all similar to the levels of the RTX 3070 in Razer’s 15-inch model. Not only does all of that keep the heat down, but it allows the system to hit an 8-10 hour battery life.

But it takes a toll on speed, at least if you’re using the laptop display, which for the most part tests out very similarly to that of the RTX 3070-based laptops we’ve seen and well below full-power RTX 3080 laptops. In other words, you’re paying a lot more for the GPU than it merits.

The story’s a little different if you attach it to an external monitor; you get about 10% better graphics performance across the board with a monitor directly connected to the GPU bus. Because the Razer doesn’t support Nvidia’s Advanced Optimus, you can’t do with the laptop display. The best you can do is force the system to always use the Nvidia GPU for graphics processing from within the driver.

We haven’t tested the 14-inch model with the RTX 3070, but given that the 15-inch has an already scaled-back 95w max power draw, there’s no reason to expect Razer’s throttled that one more than usual as well.

You also don’t get top multicore performance out of the 5900HX, but you can easily bump it up by plugging it in and switching from Balanced power mode to the CPU Boost in Razer’s Synapse utility (you can also get a bit of an uptick by switching the GPU to High from the default Medium, but not a lot).

Bottom line: There are few reasons to pay $600 more for the RTX 3080 model over the RTX 3070. But unless you want to go with a bigger laptop or opt for the split design of the Asus ROG Flow X13 with its XG Mobile external GPU, it’s hard to match the amount of gaming (and work!) oomph you can get from the the Razer Blade 14.

Web technologies
At CES 2022, AMD hit all the gaming targets 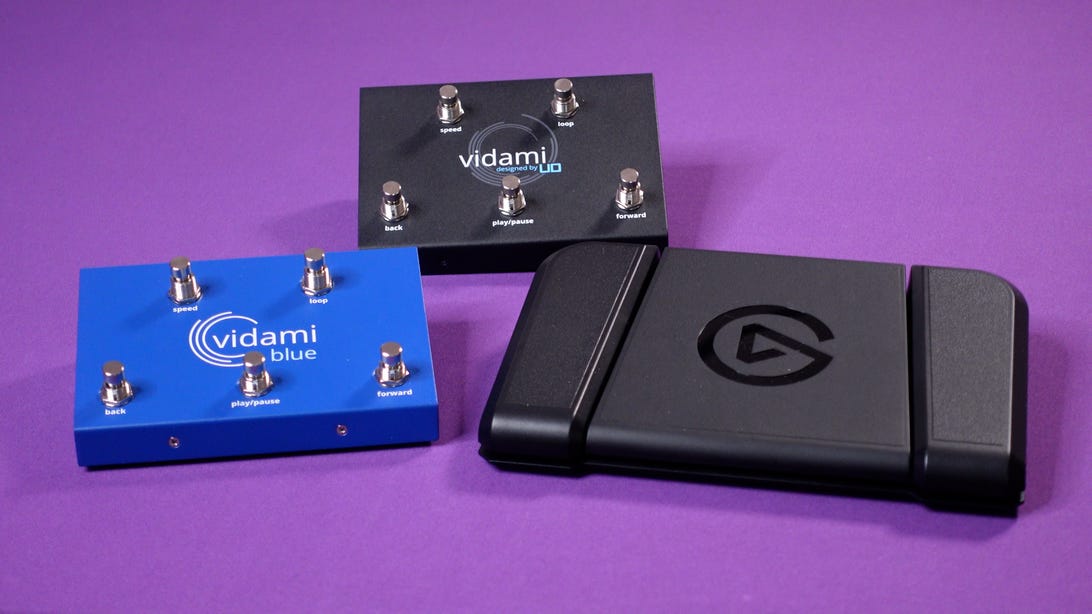 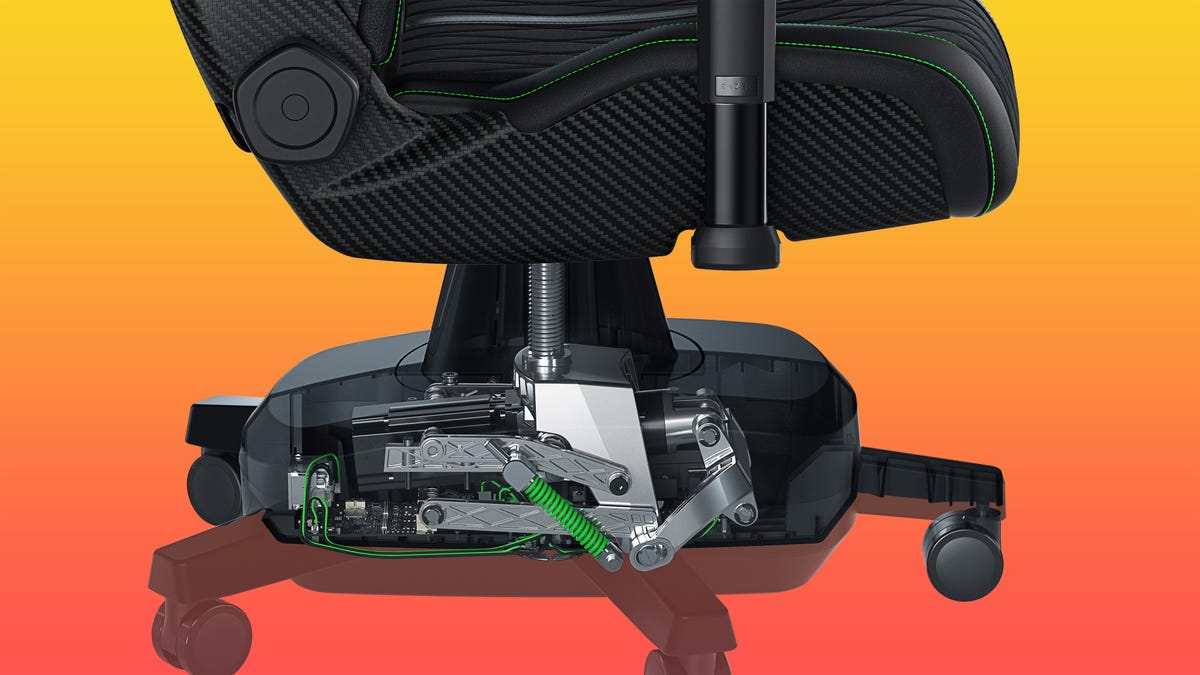