When my family and I moved across the country about a year ago, we decided to retire our decade-old basic HD TV and kit out our home with a fancy new 4K Roku-powered one. After mounting it on the wall, I tested it out with Star Wars (well, The Mandalorian). After marveling at all the visual eye candy my TV offered, I left it to gather dust.

Instead, I’ve joined the millions of Apple customers who use their $329-starting price iPads for entertainment. It’s been my movie machine and what let me binge Netflix’s Tiger King documentary when the coronavirus pandemic began. It has helped me organize photos of my adorable children. And it’s where I’ve rediscovered old favorite games like 2001’s bullet-time noire action game Max Payne.


But the one thing I haven’t done on my iPad is work. Every time I need to file a story on deadline, I open up my MacBook Pro laptop or jump on my Hackintosh.

I’m not alone. Surveys broadly show that the iPad’s most popular for surfing the web, watching videos and playing games. And it underscores the challenges Apple faces in convincing consumers that the iPad can handle more intensive tasks than a mere portable TV.

But beyond those upgrades, the iPad seems to have fallen into a rut all popular tech eventually does, with minimal incremental updates. Every once in a while, we get big changes, like when Apple supersized its tablet to 12 inches for the iPad Pro line or when it introduced a stylus that charges magnetically. (The company prefers to call it an Apple Pencil.) But most years, companies roll out refinements to fix common complaints, like when Apple made it possible to read photos and other files off a thumb drive.

Don’t expect to be blown away by the improvements to the latest iPad.

“I don’t know what else they could do,” said Carolina Milanesi, an analyst at Creative Strategies. She’s an avid iPad user herself, singing the praises of its battery when traveling (back when that was a thing). Her teenager, meanwhile, uses it to draw.

But both of them switch to computers when it comes to work and school these days.

“For a small number of people, the iPad is a main computing device — a very small number,” she said. “It’s a consumption device.”

When the iPad was first announced back in 2010, the hype was spectacular. Book publishers were going gaga over the big screen. Game developers were dreaming up titles more ambitious than ones for the smaller iPhone.

“Last time there was this much excitement about a tablet, it had some commandments written on it,” a Wall Street Journal article opined at the time.

And when Apple released the iPad that April, it also offered up its Pages, Numbers and Keynote productivity apps to stretch what it could do.

But it was the entertainment bit that stuck. Two years later, Business Insider released a survey showing that the most popular thing people did on iPads was surf the web, followed by using communications apps, watching videos and playing games. In 2014, Tennessee-based consulting firm Smarty Parts found that the iPad had become a more popular brand among children than Disney, Nickelodeon, YouTube and Netflix.

Apple is still trying to turn it into more of a work device too, though. In 2017, it released an ad showing a girl using her iPad to draw art, write a homework assignment and take pictures around the city. At the day’s end, someone asks what she’s doing on her computer, and she responds, “what’s a computer?”

It’s also designed its entry-level iPad for schools, even going so far as to work with app makers and accessories companies to help integrate the device into teachers’ curricula.

The iPad’s even found a home among some professionals. It’s become a popular replacement for pilot operations books in aircraft. And the president of the United States has received daily briefing documents on one.

“The iPad is definitely a great device for specific types of usage,” said Mikako Kitagawa, a longtime tech industry analyst at Gartner. She noted that with its starting price of $379, schools are more likely to afford it than the $999 entry price for a MacBook Air laptop.

All that’s helped make the iPad a good business for Apple. In the company’s last fiscal year, Apple rang up $23.7 billion in iPad sales. That makes the iPad slightly bigger than the $23.5 billion Starbucks made selling coffee, food and items like mugs around the globe during the same time.

I’m still holding out hope Apple will make the magical iPad-MacBook hybrid that’s a Mac when plugged into a keyboard and an iPad when detached.

In the meantime, I’ll be eagerly planning to watch the Matrix 4 when it arrives later this year — on my iPad. 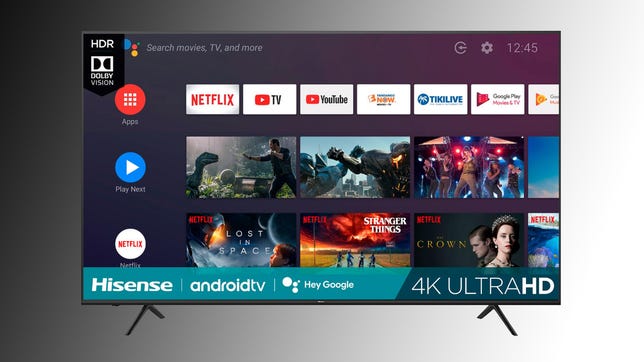