Long, who appeared in Apple commercials with comedian John Hodgman in the late 2000s (the “I’m a Mac, I’m a PC” guys), is now starring in a series of ads for Intel, flipping the script on the campaign that made PCs look like least hip devices around.

In the new ads, Long says, “I’m a… Justin, just a real person doing a comparison between Mac and PC.” He compares everything from the color and style offerings of PCs to MacBooks’ inability to bend into a tablet. The ads also take a shot at PC versus Mac gaming. “No one really games on a Mac,” the ad says. Another spot highlights the ASUS ZenBook Duo 14‘s touchscreen, versus the MacBook Pro touch bar.

At its Mac event in November, Apple featured a “one last thing” cameo with Hodgman reprising his role as the PC guy.

The Intel ads aren’t the first time a spokesperson has defected to a rival camp. Notably, former Verizon commercial star Paul Marcarelli (the “Can you hear me now?” guy) started doing ads for Sprint in 2016. 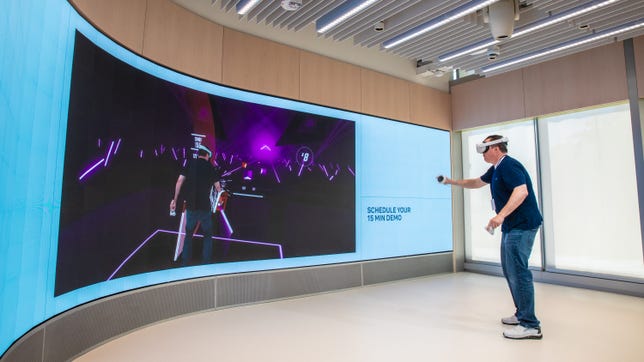