The $200 (£200) Kiyo Pro is Razer’s second shot at a webcam, and the first that feels at all worth recommending. The original Kiyo (which remains available for $135) is clunky with just-OK quality and a built-in ring light that seemed like a good idea at the time; it isn’t really bright enough to make a dent in the types of dim lighting that you need it for, so it comes off more as a gimmick. The Pro ditches the light and the clunky mount, swapping them for a wider lens and a more flexible, elegant mount design. It also incorporates a full HD 60 frames-per-second commercial Sony sensor (PDF), designed for surveillance cameras and other low-light use cases, to deliver improved image quality in suboptimal lighting. Which is pretty much everyone’s lighting.

Streamcam vs. Facecam vs. Kiyo Pro: The best webcam for…


As you might have noticed, Razer’s expanding beyond gaming into more work-from-home-friendly products, such as its new line of wireless accessories and the Razer Book 13 lightweight laptop. The Kiyo Pro is intended to straddle the needs of game streamers — Razer’s traditional target — as well as Zoombies. That puts it in direct competition with market leader Logitech.

For streamers, the camera offers 1080p 60 fps uncompressed video. For conferencers, the increased headroom that frame rate requires opens the door for what Razer calls “HDR,” but simply expands the tonal range to better preserve appearance of faces. (Really more dynamic range rather than high dynamic range.) The higher frame rate and headroom come courtesy of USB-C, which has more bandwidth than the USB-A connections used by most webcams. And for the most part, the video quality does look better than the original Kiyo’s, notably with respect to sharpness and autoexposure.

To compensate for wide-angle distortion in Wide mode, Razer offers a Linear mode option. It’s essentially wide angle, but corrects for the curvature at the sides of the frame (which also necessitates some cropping around the edges). There’s also a Medium mode, which provides the cropping without the correction.

But I think my favorite part of the Kiyo Pro is the redesign. For one, dropping the ring light makes the camera look much cleaner, and the detachable USB-C cable is more convenient than the typical attached cable. And it makes it easy to know it’s completely off. (The camera indicates it’s on with a tiny light in the front.)

The mount has been completely overhauled as well. It’s less clunky yet allows for more ways to position the camera, including higher. It also accommodates perching on top of wider surfaces; in other words, it now fits over both the monitor and top of the stand for gaming monitors and thicker-backed pro design monitors. No more forcing it off to the side. The mount also collapses to a much smaller size. And the camera comes off the mount with a single thumbscrew.

Still, the camera isn’t as good as it thinks it is. To deal with difficult lighting conditions, like harsh back- or side-lighting, it basically bumps up the gain on your face, completely blowing out the brighter lights. Yes, your face is out of shadow, but people on the other end are now staring at big white spots behind or to the side of your beautiful visage.

And while the automatic white balance optimizes for skin tones, it’s a little too cool. (That’s a cultural preference, though. Americans tend to like warmer skin tones.) Less subjectively, it throws off the white balance of the rest of the video. For instance, my deep purple shirt appears royal blue, something I haven’t seen since the first digital cameras came out. It’s not something that will bother everyone, but it jumps out at me.

The problems are compounded by Windows 10’s awful, awful webcam settings interface, mostly how it imposes exclusive access to the camera, combined with Razer’s somewhat ill-thought-out software. In order to get better quality than other cameras in very low light, you have to switch the Kiyo Pro into its HDR mode, which you can only do in Razer’s Synapse software — that and the Wide/Medium/Linear modes are the only adjustments that require Synapse.

Windows prevents many applications from displaying video simultaneously with changing those options in Synapse. So, for example, you have to quit your application, such as Zoom, change those settings in Synapse and then relaunch it. But it doesn’t necessarily look the same in Zoom, so if you don’t like it you have to quit again, change it back, and relaunch.

Even then, Windows frequently seems to think that something in the system is still using the camera, despite all evidence to the contrary, so nothing can use it. The only way I’ve found to fix that is to unplug it and reconnect. That’s really where the detachable USB-C cable comes in handy.

The built-in mic works well: It’s fine for web conferencing, and streamers should be using a dedicated mic anyway.

In many ways, the Kiyo Pro is a big step up from the Kiyo for both streaming and work, and it’s definitely an improvement over 99% of the built-in webcams you’re stuck with in a laptop; simply bumping up from the typical 720p laptop webcam will enhance your image significantly. 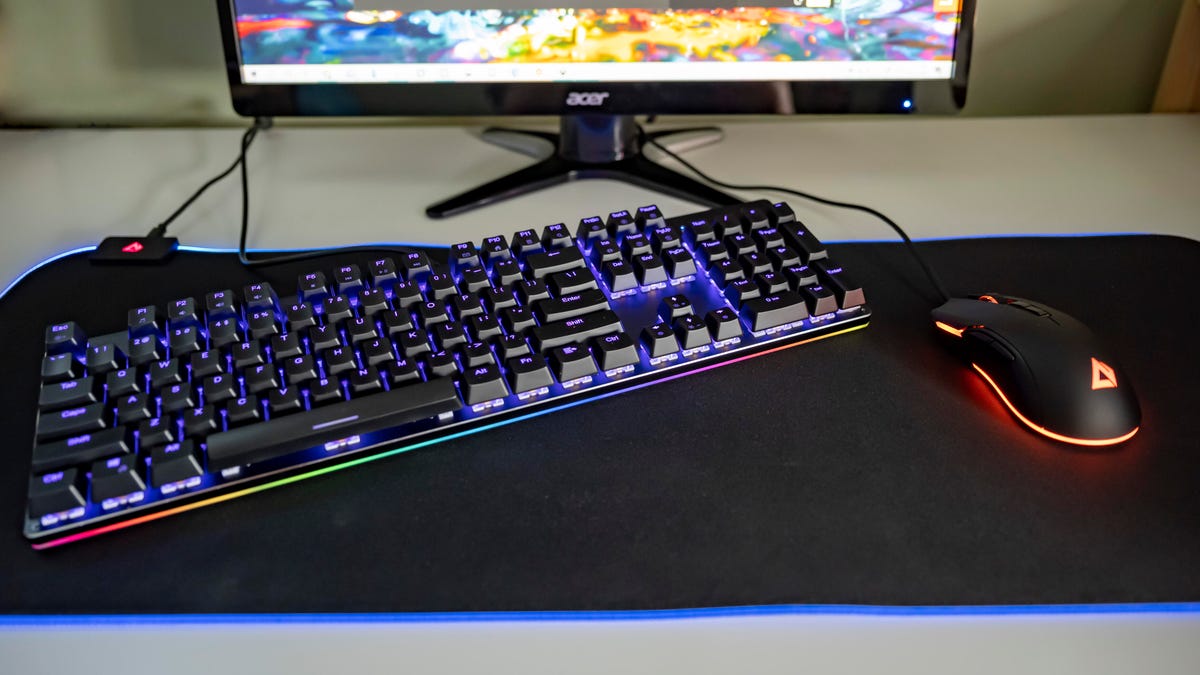