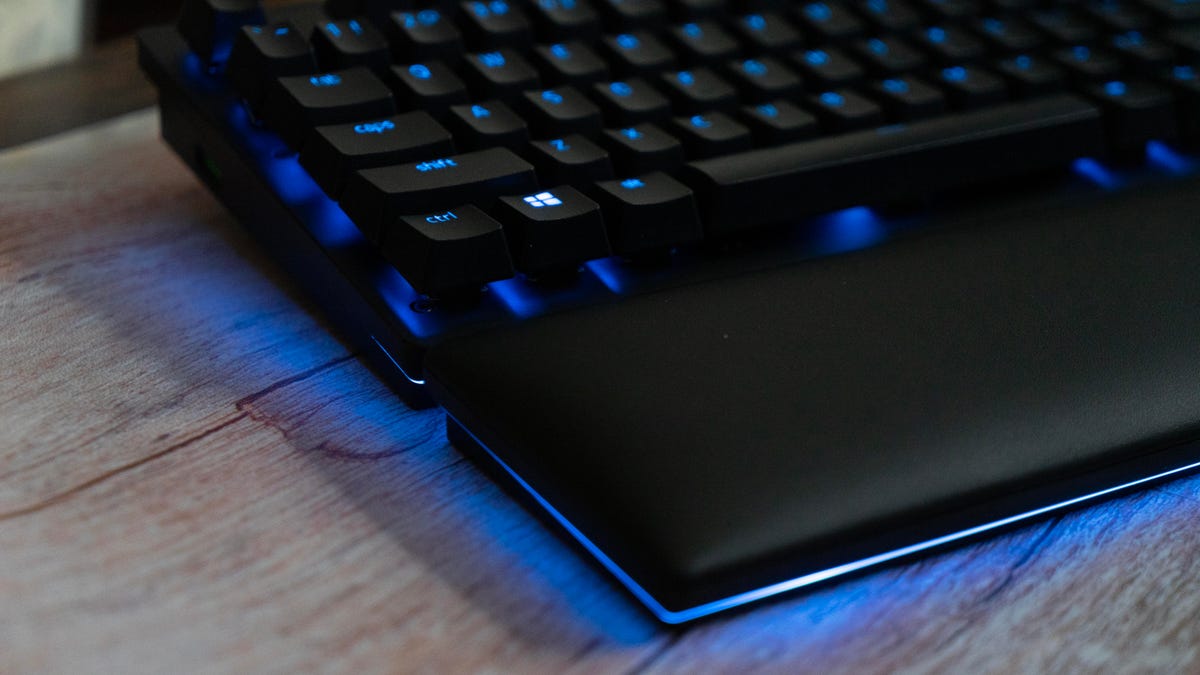 Razer crams a ton of tech into its new Razer Huntsman V2 Analog gaming keyboard. The most notable addition is optical switches with variable actuation — the ability to set the amount of pressure needed for each key to register. At $250 (£250, AU$379.95), it’ll cost ya, but competitors such as the SteelSeries Apex Pro aren’t much cheaper. Plus, Razer performs some tricks that those others don’t.

In addition to the single actuation point between 1.5 and 3.6mm, you can also set a second point at which to perform a follow-up action — think equipping a weapon then using it. It’s similar to Razer’s Tartarus Pro gaming keypad, but with updated switches that can track how much pressure you’re applying. That means you can use your WASD keys like controller joysticks, but with a better continuous response.

I love being able to set actuation points; for one thing, it can help compensate for the differing strength between my fingers. Stronger fingers get the lowest, weaker fingers the highest. But I’m not a big fan of optical switches — I need the feedback only a clicky, tactile switch can provide. And for a keyboard that lacks clicky mechanics, it still seems awfully loud.

For dual-step actuation, you press the key lightly and hold it until you’re ready, then press all the way down to initiate the followup action. There’s no physical feedback between the two points, so it takes a little trial and error to train your muscle memory, along with fine, sensitive finger control. It’s probably worth the effort, though.

Note that in order to use dual-step you have to run the Razer Synapse software, which many people don’t want to do while gaming. Most of the other mappings can be downloaded into the keyboard, so you can do without Synapse.

The joystick emulation will work with any game that supports mouse, keyboard and controller input.

There are other premium features in this keyboard, too. The wrist rest is one of the most comfortable Razer’s ever made, similar to the Ornata V2’s, and it attaches magnetically, passing through the illumination from the edge of the keyboard. Pretty! It also has the same media controls that are on the BlackWidow V3.

The two-headed cable plugs into a USB-A and USB-C port, the former for keyboard control and the latter for passthrough to the single USB-A on the left side of the keyboard. There’s no cable management, though, and it’s stiff, so it can get in the way.

Razer kitted it with PBT keycaps as well, with the better durability you’d expect for the money.

In addition to the new keyboard, Razer launched its first dock, a $329 (£330, roughly AU$590) Thunderbolt 4 hub with nice Chroma lighting.

Like many upcoming TB4 docks, it has three Thunderbolt 3/4 connections which support two 4K monitors at 60Hz — TB4 introduces a second thunderbolt controller which makes this possible. It also provides 90W of power to laptops, has a UHS-II SD card reader, Gigabit Ethernet, a 3.5mm audio jack and three 10Gbps USB-A connections. Both new products should be available by the time you read this.