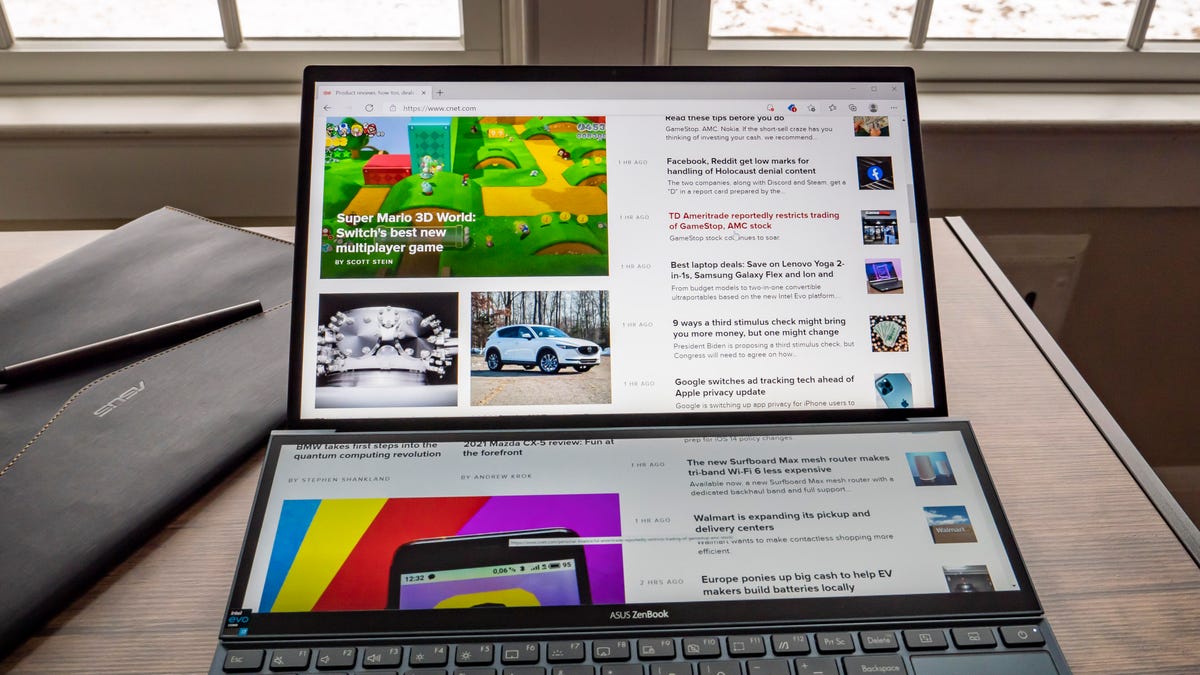 What I like most about the ZenBook Duo 14 is that you really can’t tell from the outside of the laptop what you’ll see when you lift the lid. Despite opening and closing it countless times at this point, I still get a kick out of seeing its secondary 12.6-inch touchscreen rise from above the keyboard to meet the bottom of the main 14-inch display. One screen flows into the next and, with the help of Asus’ software, that slim display becomes more useful than you might think (and certainly more useful than Apple’s Touch Bar). There are a few compromises that come with the design, but they might just be worth it.

On the Duo 14’s predecessor, the smaller screen, officially called ScreenPad Plus, was flat on the body so you had to crane your neck some to use it. Now, with its new hinge design, the screen angles up to 7 degrees. It gives you a better viewing angle but also increases airflow and creates a smaller gap between it and the main display. It’s not seamless, but because the frames on both screens are slim, it’s similar to working with two external displays side by side.

Windows recognizes the ScreenPad Plus as a second display, so you can use it for whatever you would use a second screen for. It’s great for anything you’d typically lose sight of while you’re working on something full screen on the main display. For instance, I put Slack, Outlook and Spotify on the ScreenPad Plus while I worked on the main display. Asus’ ScreenXpert 2.0 software can automatically resize up to three windows on the ScreenPad to fit evenly across it. You can also flick windows between screens with your fingertip, which is kind of fun. There’s also a dedicated button above the touchpad to move windows up and down.

Asus also has a bunch of utilities for the ScreenPad Plus available through an onscreen touch bar. You can, for example, launch a number pad or, with a three-finger tap, turn it into a giant touchpad. You can also write on it with the included active pen if you need to jot down a quick note, sign a document or just want to doodle. I was a bit worried about putting too much pressure on the ScreenPad with my hand while writing but the metal hinges held firm and you can easily disable both the touchpad and keyboard while you use it.

A new Control Panel app for the ScreenPad Plus gives you customizable dial, slider and button decks for Adobe Creative Cloud apps. Open Photoshop, for example, and it’ll load a tool deck of your own design on the ScreenPad. It’s sort of like a supersized Touch Bar on a MacBook Pro, but considerably more useful and with greater flexibility. Even if you’re not using Adobe apps, the ScreenPad is a great place to put tool palettes for other creative software.

Get a little, give a little

The 12.6-inch display turned out to be handier to have than I initially thought. Even if you never use it for anything other than seeing messages that come in or changing your music, it’s nice not to have to constantly switch between windows when you’re working.

The trade-off for the extra display, though, is the keyboard and touchpad. First, the touchpad is small and narrow and I frequently hit the right arrow key instead of the touchpad’s left button. And there’s the matter of it being to the left of the keyboard. If you’re moving to the Duo 14 from a typical laptop layout with the keyboard at the top and the touchpad at the bottom, muscle memory will not be your friend. Desktop users or anyone using a mouse regularly will have an easier time of it.

The keyboard feels a bit cramped to me, but it might just be that it feels like I’m being shoved to the left by the touchpad. It does have a couple of keys that are reduced, like the Enter and Backspace. Also, since it is at the bottom, there is no keyboard deck and, hence, no palm rests. The raised back end of the keyboard helps here, though, as my wrists more comfortably rested on my desk while typing.

There are a couple of other things to be aware of. While the battery life is generally excellent, the second display will cut into your time away from an outlet. On our streaming video test, the Duo 14 hit 9 hours, 6 minutes of battery life with both displays set to 50% brightness. With just the 14-inch high-efficiency panel on, though, it made it to 11 hours, 57 minutes. A button to the left of the power button lets you quickly turn off the 12.6-inch panel so it’s easy enough to power it down and save some battery. It would be nice if you could lay the screen flat for those times when it’s not in use, but it is always angled up when the Duo 14 is open.

Overall performance was right where it should be compared to other 11th-gen Intel Core i7 laptops we’ve tested. However, if you’re going to be using this for content creation, you’ll be better off waiting for a model with the Nvidia GeForce MX450 discrete graphics. Also, memory goes up to 32GB, but it’s onboard and can’t be upgraded. If you need 16GB or 32GB, make sure it’s part of your initial configuration.

One last minor point: The ZenBook Duo 14 is heavier than your average premium 14-inch laptop at 3.5 pounds (1.6 kilograms) but all things considered, that’s still light and fairly thin at 16.9 millimeters (0.7 inch).

Aside from the second display, this is a solid 14-inch laptop, with a nice main display with an IR camera, excellent performance and a long battery life. In the end, if you can get past the keyboard and touchpad layout, the second display really does come in handy, especially if you’re a heavy Adobe user, from Photoshop to Illustrator to Premiere. 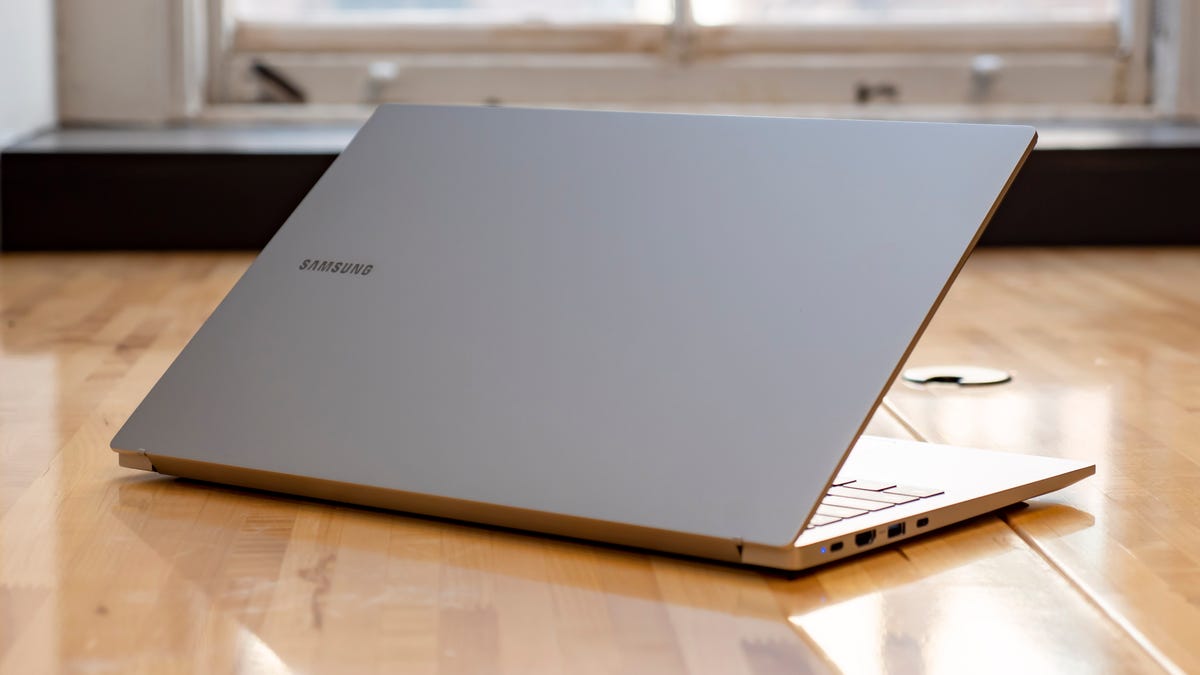