The first all-digital CES has come and gone, and it was a very different event than the ones we’ve experienced in the past. But it wasn’t just the format that was different; the tech was different too.

There was a discernible shift in some of the products being shown off by exhibitors — a move toward tech designed to help us live, work and stay safe through the coronavirus pandemic. Among the technologies affected by this shift, robotics stood out as a category that’s been pushed in a new direction by the events of the past year.

We saw plenty of robots grace the virtual trade show with their presence. But rather than just incremental improvements on previous efforts, or novelty concept tech, we saw robotics companies push their tech into brand-new territories to meet our needs in this new normal by going where we can’t and doing things we’re not allowed to do.

This shift in the direction of robotics was part of a broader push by the consumer electronics industry to address the new needs that’ve emerged from the pandemic and are ongoing during lockdown. Among the hot items at the show were Razer’s Project Hazel smart N95 mask, an LG refrigerator with a UV light emitter to disinfect, and a touchless toilet from Kohler. With people trapped in their homes and unable to interact with other folks like they’re used to, we need to find new ways to do things to keep people safe while completing essential tasks.

For robot makers, this is already well within their wheelhouse. There was plenty of evidence at CES that many robot makers have been able to adapt their technology to meet new needs created by COVID.

Reachy, a humanoid robot whose strengths are interaction with humans and object manipulation, first made an appearance at CES last year. But this year, the robot was back with a new skill.

Pollen Robotics, the French company that makes Reachy, has made the robot compatible with a humanoid VR teleoperation app. The idea is that by wearing a VR headset and using hand controllers, anyone can control Reachy remotely, allowing the robot to complete tasks from anywhere in the world.

Telepresence robots are nothing new, but this past year has shown us just how many ways they could potentially be useful. For Reachy, who’s open-source, there are boundless possibilities to go where humans can’t right now and be a proxy for them.

UK-based Shadow Robots, a frequent CES exhibitor, came to the show this year with news that it’s secured funding from Innovate UK to explore whether its Tactile Telerobot can be used in manufacturing COVID vaccines for Pfizer.

An expert in building advanced robotic hands that can mimic a human hand in real time, Shadow Robots will soon begin working its way through a checklist of tasks requiring high levels of dexterity and accuracy to see if the system can work in a sterile environment to manufacture vaccines cheaper, better, faster and easier.

It’ll be doing tasks usually completed by humans, who have to work by putting their hands into a sterile box with gloves attached, called an isolator, said Shadow Managing Director Rich Walker. It’s tricky work, with much room for human error. But the hope is that telepresence robots will give the human workers more control and lead to greater efficiency in the manufacture of the vaccines.

Walker, who’s been almost exclusively selling Shadow’s robots to professors and research institutions, relishes the opportunity to bring the company’s expertise into another realm. “It’s just really nice to do something where you can actually genuinely see we have the opportunity to help people who are solving real problems, real challenges, who have a difficult working environment,” he said.

Not all the pandemic robots we saw at the show were simply being repurposed, however. A new category of robots also emerged: droids designed specifically around keeping our environments clean and safe.

Both LG and Ubtech, two companies that always bring new robots to CES, unveiled robots that use ultraviolet light (UV-C) to disinfect high-touch, high-traffic areas. The idea is that these could be used in hotel rooms, classrooms, restaurants and other such high-touch areas.

For Walker, who also sits on Innovate UK’s Robotics and Autonomous Systems Advisory Board, this is ideal work for a robot, as it requires a high level of accuracy — holding a UV scanner at a certain distance for a certain amount of time — to be effective. It would be almost impossible for a human to do and ensure an entire room had been cleaned perfectly, he said. “Whereas having a robot do it, it’s absolutely consistent every time, totally faultless.”

LG’s CLOi robot is designed to be able to navigate around chairs and tables and irradiate an entire room’s touchable surfaces in between 15 to 30 minutes, depending on size.

The robot is meant to bring “peace of mind,” to people that they won’t be exposed to harmful bacteria and germs, said Michael Kosla, vice president of LG Business Solutions USA. “A higher level of disinfection is going to become the new customer expectation in the new contactless economy where we now all live, work, learn and play,” he added.

The proliferation of disinfecting robots at this year’s show didn’t come as a surprise to Ben Wood, senior analyst at CCS Insight. He said in an email that new roles for robots beyond manufacturing and warehousing have been coming for some time and that in October, CCS forecast that the pandemic would quicken their adoptions in other contexts due to fears about the spread of infection.

“We predicted that robots would be deployed to undertake tasks such as health monitoring and cleaning in hospitals, housekeeping in hotels and food service and payment in restaurants,” said Wood. “This has certainly come to fruition and LG’s UV-C robot, that was showcased at CES, is a good example of this.”

While looking around at the robots making their debut at the show this year, I felt that there was more room for them in our lives than ever before.

In the past, when I’ve written about companion robots to tackle loneliness, it’s largely been for elderly people, people with dementia or disabilities, or those who are socially isolated. But these days, we’re all socially isolated.

An adorable, fluffy guinea pig robot that can respond to your touch and the sound of your voice might not have appealed to you in the past, but it could be a welcome addition to your home right now, especially if you live alone. Moflin, made by Vanguard Industries in Japan, is just such a robot.

And Samsung’s new robots appeal for similar reasons. Being at home all the time seems to result in an endless parade of dirty dishes, so wouldn’t it be great if you could rely on a Bot Handy to load and unload your dishwasher for you while you work? Plus, with no bars open for happy hour, it sure would be nice to have a robot pour you a glass of wine at the end of the day, while you kick back.

Similarly, the Bot Care might just be the work-from-home colleague you’ve really been missing. The mobile personal assistant can pop in for a chat, reminding you to take a break and stretch, or it can run through your schedule with you, without you having to flick between screens in silence yet again.

Meanwhile, Moxie, a cute desktop robot, can keep your children entertained and help them learn, with dedicated content designed by educators and child development experts.

In the past, robots have always been a luxury, but CES 2021 showed us it might be time to reassess. The world has shifted and we’ve been given no choice but to adapt — and why not let robots take at least a smidgen of the strain? 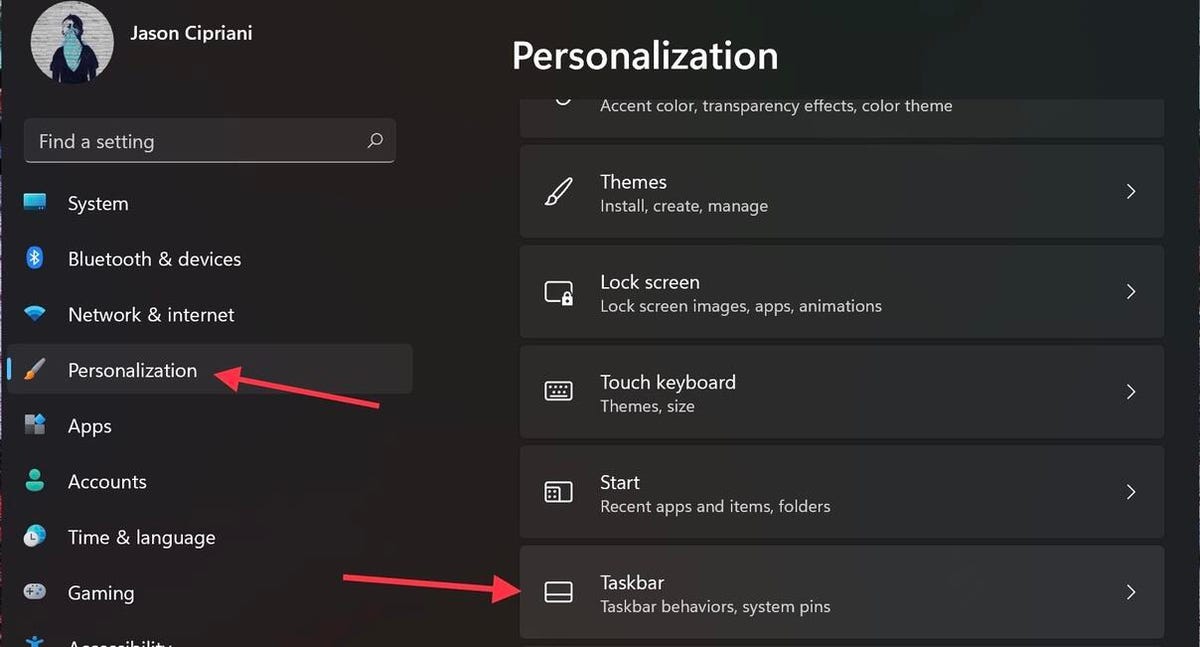 Web technologies
The Windows 11 start menu moved: How to put it back where it belongs 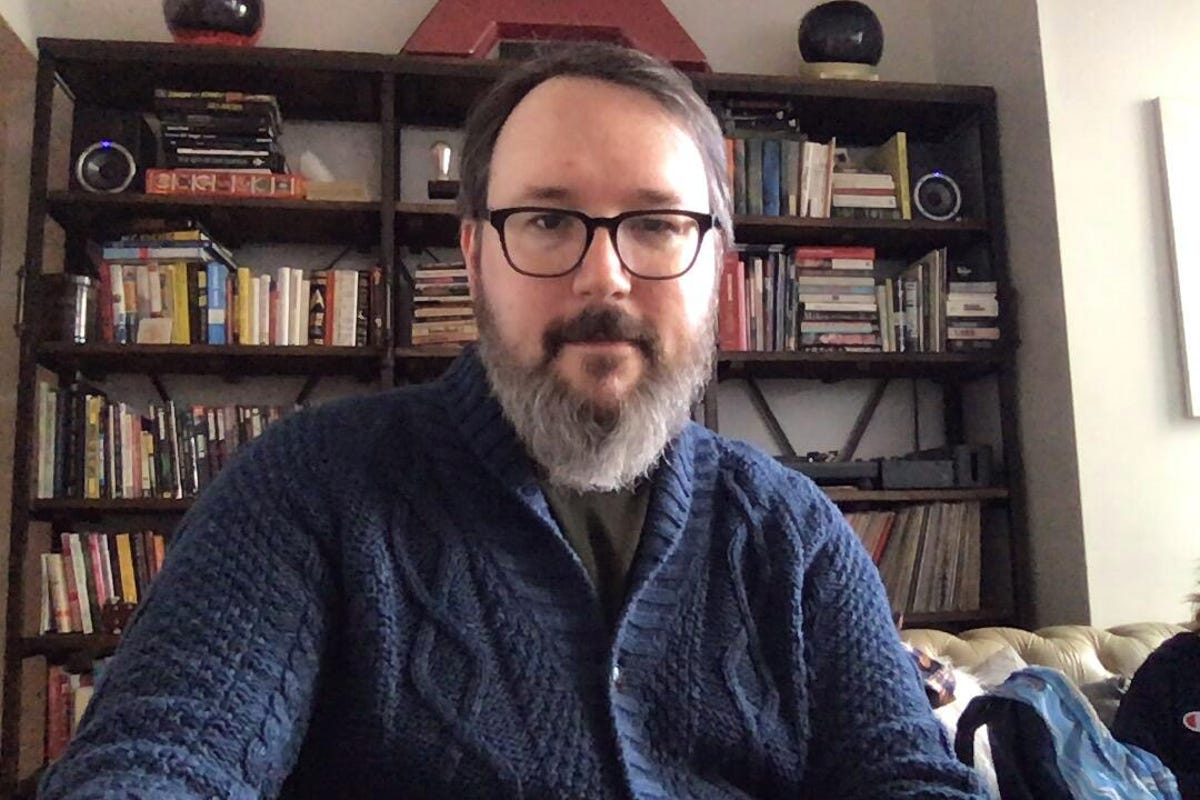