As long as you fork over enough cash, the Maingear Turbo gaming desktop hosts an amazing amount of power inside its small-form-factor chassis. And though it looks businesslike and industrial from the front, the company’s Apex liquid-cooling system provides a stunning visual counterpoint that keeps high-end components like an AMD Ryzen 5950X and Nvidia GeForce RTX 3080 chilled, quiet and running at top speed for your 4K and heavy-duty-simulation gameplay.

Maingear doesn’t offer any preconfigured models of the small-form-factor Turbo, only of its larger brother, the Vybe, and incorporates only AMD CPUs. The base configuration of a Turbo runs $1,409 equipped with an AMD Ryzen 5 3600, Nvidia GeForce GTX 1650, 8GB of RAM and a 512GB SSD. That’s expensive for the components, but not for the size; only a few compact models with similar specs or better, such as the MSI MPG Trident 3, run under $1,000. Our roughly $5,000 test configuration isn’t even maxed out — you can bump it up to an RTX 3090, 64GB RAM and a total of 14TB of storage for about $7,000. And that doesn’t include any of the company’s custom paint jobs.

I wouldn’t recommend Maingear for folks in the UK and Australia. There’s no international checkout; you’d need to contact the company and get a custom price quote, plus you’re responsible for shipping and customs costs.

In general, if you’re going to get a system using liquid cooling, I suggest you buy as if you’re not going to be able to upgrade it. Removing liquid cooling to get to the other components is a pain, and chances are any new graphics card you put in will require a new cooling block. That’s not to say it’s not upgradable, just that it’s a hassle and you may not be able to do it yourself — especially if it’s not closed-loop, which may mean you’ve got to drain the coolant as well. In a DIY system where you’ve selected and installed it you might find it a little easier, but in a custom build, caveat emptor.

For a configuration that’ll last you a while, I’d opt for Maingear’s $3,199 Turbo Stage 3; the cheapest configuration I’d recommend from Maingear would be $2,246, with (among other things) a Ryzen 5 5600X, GeForce RTX 3060 Ti, 16GB of RAM and a 1TB SSD, and Maingear’s lower-end closed-loop liquid-cooling. You can certainly get cheaper models, but if you’re concerned about price I’d look for a larger chassis, since you’ll be able to get better components for the money if you compromise a bit on style. For example, that same configuration in Maingear’s larger Vybe chassis costs only $1,870.

Maingear also offers a Turbo Pro RTX Studio Edition… which is the same thing, just with none of the AMD Radeon RX GPU options or lower-end component choices and with Nvidia’s Studio driver preinstalled, rather than the Game Ready driver.

One of the bigger tradeoffs for the higher-performing Ryzen processors over Intel’s, and therefore other compact systems over the Turbo, is the lack of Thunderbolt 3 (or USB 4) support of all AMD-based motherboards. This model only has a single 10Gbps USB-C port, which can get annoying if you’ve got lots of external SSDs or newer gaming accessories which use USB-C charging (you can use a USB-A to USB-C cable or dongle). It only has a pair of USB-A and a combo audio jack on the front side, which isn’t terribly convenient if you want to connect three devices (in my case, USB mouse, keyboard and headset or external drive) to the front.

Because it’s full of liquid and has a steel-sided chassis, the Turbo is much heavier than you’d expect; it’s built like brick… speedhouse. The case does vent out hot air through the top grille, which can get pretty warm if you’re running full bore for a while. It’s easy to remove the top panel — there’s a single thumbscrew — but there’s no removable filter between it and the top fans. It remains to be proven whether a filter is necessary, but in my dust-overwhelmed home it wouldn’t hurt.

As with most PCs, you can always get speed if you’re willing to pay for it, but the Turbo’s top-notch components live up to expectations. In fact, if you’re looking for a creative power system — or a system that can handle both gaming and creative tasks — a fast, high-core-count Ryzen like the 5900X or 5950X is almost perfect. For Adobe Lightroom Classic, it easily handled import with 1:1 thumbnail generation faster than almost any other system I’ve tested. The bottleneck was actually the 32GB RAM rather than the CPU. They may be overkill for most gaming, so if you want to save some money for all but the most CPU-intensive games, like those that need to calculate behaviors for entire battalions, dense sky battles, complex cities and so on, the CPU’s a solid place to cut back.

The Asus ROG Strix X570-I Gaming motherboard has Intel AX200 Wi-Fi built-in, but you’ll definitely want to use the supplied screw-on antenna to boost the signal. That’s not uncommon for desktops and I’ve had issues with the AX200 chipset (which seem to have been fixed in AX201, at least for mobile chipsets); in this case, it could barely detect my 5GHz signal. I ended up switching my wireless bridge‘s Ethernet connection to the Maingear from my main system as a result.

I love the powerful processing and the size of the system, but the cooling design is really what puts this over the top for me compared with a lot of other systems I’ve used. It’s a close second to my Corsair One Editors’ Choice (though the components in the lower-end models could stand an update), especially for gamers who like a little more visual flash than the Corsair provides. 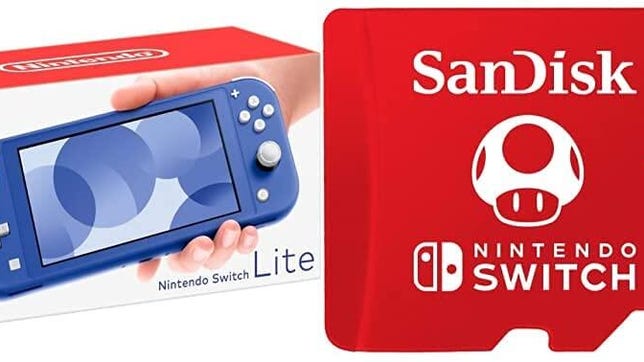