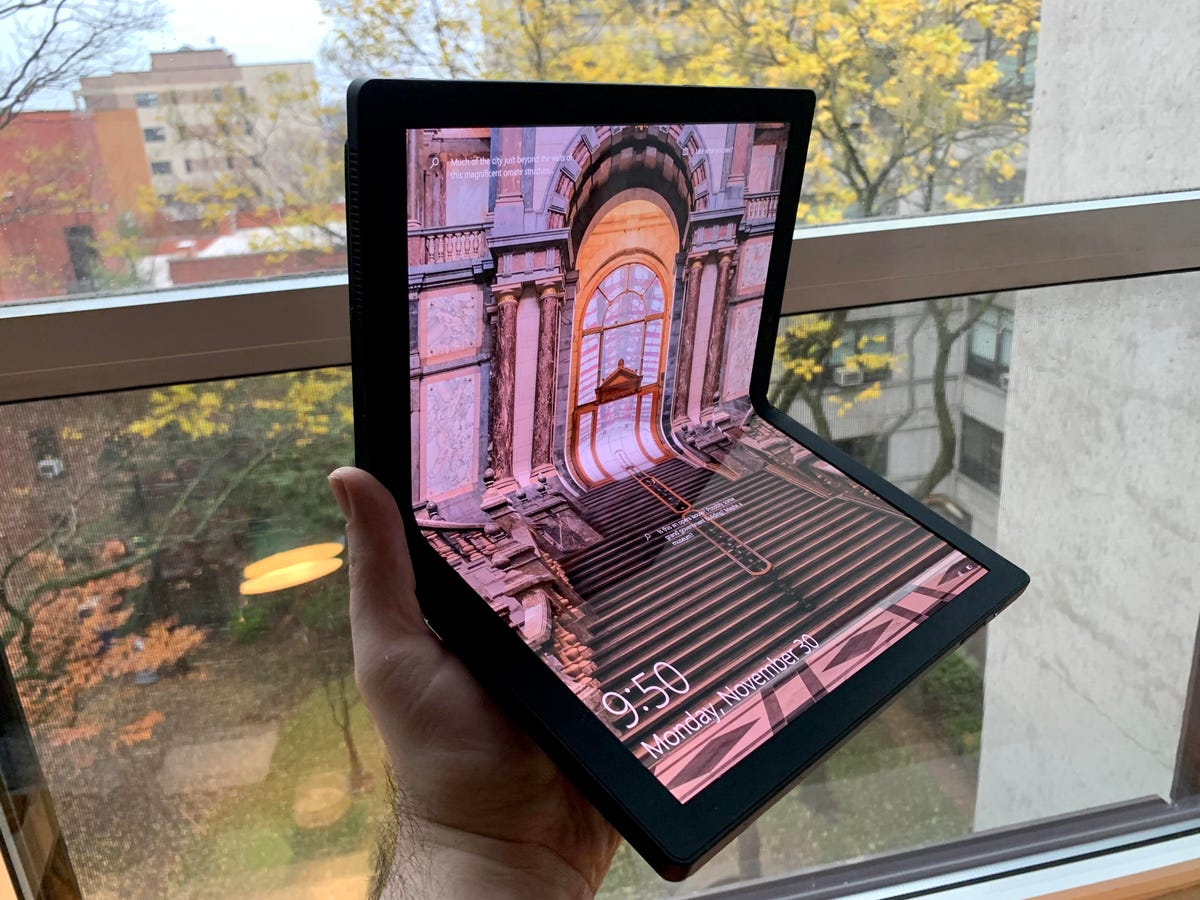 “This is the most innovative thing I’ve seen all year.” That was what my wife said when I demoed the Lenovo X1 Fold and all its tricks and extras. She’s a former tech and games journalist, so she’s seen a thing or two. She’s not one to be taken in by hype.

But that reaction is warranted, especially in a year when most of the big product releases were slight upgrades to existing lines, or in the case of Apple’s new Macs, a purely internal chip upgrade deliberately designed to be nearly invisible to the user. This, on the other hand, is a real step in a new direction, combining a kitchen sink full of ideas into a new take on the traditional Windows PC.

Like the Samsung Galaxy Fold or Motorola Razr, the X1’s screen is made of a flexible material that can fold in half. Unlike those phones, the big benefit here is not necessarily access to a larger screen, but the ability to set up and use the X1 Fold in a variety of different ways. It’s more like an updated version of the classic laptop-tablet two-in-one hybrid than a Windows version of a folding-screen phone.

I actually saw the X1 Fold for the first time back in May 2019, as an early prototype. Even then, it worked well enough, although in the wake of the original Samsung Fold launch debacle, there was a lot of concern about the longevity of folding-screen devices. I saw it again at CES 2020 in January, along with several other interesting new laptop and PC prototypes. But of those, the X1 Fold is the first to actually go on sale, starting at a hefty $2,499 (or five PS5 consoles).

Having spent a couple of days with the final retail version of the X1 Fold, I can definitively say a few things about it. It is indeed one of the most interesting new tech products of the year. It’s also a first-gen product that only the bravest early adopters will want to buy, especially at that price. The accessories (it’s an extra $300 to get the stylus pen and Bluetooth keyboard) are a must-have, especially the keyboard, which — as with the Microsoft Surface Pro — is the cleverest part of the whole package.

The system has four basic setups that it can jump between. It starts as a 13-inch OLED-screen Windows tablet, powered by a low-power Intel Core i5-L16G7 CPU. It’s limited to 8GB of RAM with either 256GB or 512GB storage options.

The outer shell has a leather cover with a built-in kickstand. Turn the tablet to landscape mode, fold out the kickstand and sit the Bluetooth keyboard in front of it, and you’ve got a mini desktop PC with a 13-inch screen. It feels like using an iPad with a keyboard, especially now that iPadOS supports touchpads.

But it’s when you fold the screen that things start to get interesting. As Windows has no native support for folding-screen devices, Lenovo had to add a software overlay to control what happens when the system detects you folding the screen. A small pop-up menu asks how you’d like the open windows arranged — split into the top and bottom halves, or full-screen, taking up the whole display. If you choose to send your active window to the top half of the folded screen, you can now pull up the Windows on-screen keyboard on the bottom half and use it to type. Is typing on an on-screen keyboard ever a fantastic experience? No, and that doesn’t change here, but I loved the feel of turning a slate-style tablet into a mini laptop.

But wait a minute. Wasn’t there a Bluetooth keyboard involved? Can’t I use that instead of the on-screen keyboard? Yes, and that’s my favorite part of the X1 Fold so far. The thin keyboard is the perfect size to fit over the bottom half of the screen when it’s folded into a clamshell shape. In fact, the keyboard attaches via magnets and inductively charges itself when sitting on top of the screen.

No, it’s not like typing on a MacBook Air, but it’s a big step up from the on-screen keyboard. It even has a small, finicky touchpad built in. Even better, when you fold the screen all the way down, as if closing the lid of a laptop, the keyboard fits perfectly inside, allowing you to carry it easily.

It’s all these little clever touches and engineering feats that make this feel more like a promising first-gen product instead of a not-fully-baked prototype.

Here are a few areas where the X1 Fold feels like it still needs some work:

I’m currently benchmarking the Lenovo X1 Fold and will report the results soon in an expanded review. In the meantime, I’m enjoying it as a fun end-of-the-year surprise, and it reminds me of what I used to call a “CEO laptop.” Something clever and new, but not entirely practical, that your status-obsessed CEO would see and say, “Somebody get me one of those things!”

Web technologies
Buying a refurbished iPad saves you money, but is it the right choice? 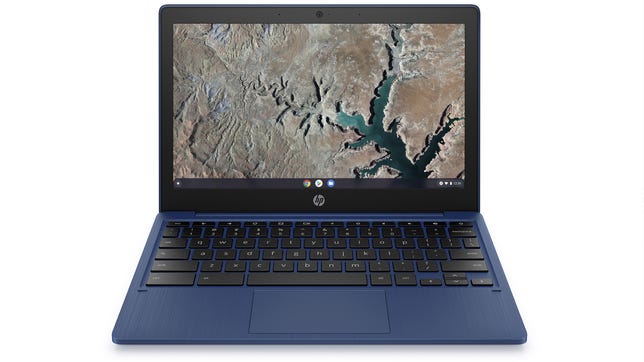