Apple’s custom-built M1 processor and the new MacBook Airs, MacBook Pros and Mac Minis that use it are a problem for Intel. The divorce proceedings will last about two years as the prestigious customer gradually ejects Intel’s chips from its personal computers.

The Santa Clara, California, company has some advantages and options in the PC market that insulate it from Apple’s threat. Other PC makers aren’t going to have as easy a time as Apple in moving past Intel. Intel is still the leader in higher-end chips more powerful than the M1. And it’s got enough money on hand — $18.25 billion in cash, equivalents and investments — to let it spend its way to a better situation.

“There isn’t much near-term threat to Intel’s PC business beyond losing one sizable customer,” said Linley Group analyst Linley Gwennap. That doesn’t mean it’s going to be easy for Intel, though.

Giving Apple grounds for divorce is the latest of the chipmaker’s whiffs. Earlier achievements, like charting decades of steady chip industry progress with Moore’s Law, pioneering PC technology standards and powering Google’s data centers, have been overshadowed by newer flubs. That includes losing its manufacturing lead and failing to tap into the smartphone market. Intel ultimately sold its cellular chip business to Apple for $1 billion.

Though Macs account for only about 8.5% of the PC market, according to IDC, Apple remains one of the biggest and most influential tech companies. Its MacBook Air models led the trend to slim but useful laptops, its MacBook Pro models remain popular with programmers and the creative set, and Apple profits from selling premium machines costing hundreds of dollars more than most Windows PCs.

Losing Apple’s business will sting. New Street Research analyst Pierre Ferragu estimated in a Wednesday report that 4% to 5% of Intel’s revenue comes from Apple. But it’s just one of the concerns Intel will need to address.

Intel said it’s “relentlessly” focused on building leading chips. “We welcome competition because it makes us better,” Intel said in a statement. “We believe that there is a lot of innovation that only Intel can do,” including supplying chips that span the full price range of PCs and that can run older software still common in businesses.

It’s also built its first samples of the 2021 Alder Lake PC chips and expects improvements in 2022 and beyond. “We’re increasingly confident in the leadership our 2023 products will deliver,” the company said.

Intel faces several challenges along the way, though.

One of the biggest concerns tied to the arrival of Apple’s M1 is that it could embolden another Intel rival, Qualcomm, which already sells mobile-based processors for PCs.

The M1 is a member of the Arm family of processors that are used in every smartphone today. Qualcomm, a leading designer of those chips for Android phone makers, is pushing more-powerful versions of its Snapdragon chips for PCs, too, and several PC makers offer Windows laptops using them.

Apple’s transition to Arm-family M1 chips is also very different from Windows PC makers using Qualcomm chips. No PC maker is dumping Intel the way Apple is, so software makers don’t need to worry as much about adapting their products for the new chip architecture. Though it might be nice to have, Qualcomm PC support isn’t really essential.

Intel is the dominant manufacturer of chips in the x86 family, which are the kind of processors you’d find in a normal laptop. But it’s not the only x86 chipmaker.

“AMD is a greater threat in the near term,” said Tirias Research’s Kevin Krewell, who noted that PC makers aren’t going to be quick to drop the industry standard family of x86 chips.

In contrast, Intel, which manufactures its own chips, has struggled. It’s only now moving in earnest from an earlier manufacturing technology with 14-nanometer features to a newer 10nm process after years of delays. Even next year’s Rocket Lake chip for desktop computers will still be built with the 14nm process. (A nanometer is a billionth of a meter, and the smaller the measurement, the more transistors you can cram into a chip.)

Intel is giving itself new options, including the ability to use other manufacturers like TSMC to build its chips. That’s got risks, too, though, Gwennap said.

Moving some manufacturing to a partner makes it harder for Intel to justify the expense of trying to develop cutting-edge manufacturing, according to Gwennap. And the possibility that Intel could reclaim manufacturing once it fixes its problems could spook TSMC away from investing enough to meet Intel’s massive demand.

Intel didn’t comment on its manufacturing plan details. It said its integrated design and manufacturing approach helps competitiveness and in letting Intel assure customers it can supply the chips they need. “We’ve also been clear we will continue investing in leading process technology development,” Intel said.

Apple, in contrast, has benefited from TSMC’s steadily improved manufacturing. It’s one reason it can fit a whopping 16 billion transistors onto its M1 chip, enough circuitry to power the main processor engines along with lots of extra abilities.

Over and over during the new Mac launch event, Apple emphasized the performance per watt advantages of the M1. Translate that as being able to do useful work without draining a laptop battery fast.

Apple gets this advantage from the M1’s lineage: the A series of processors that power iPhones. Smartphone chips have even stronger battery constraints than laptop chips. With the M1, a close relative of the iPhone 12’s A14, Apple gets to add more transistor circuitry for more processing power and can run the chip at a higher clock speed than in phones, too.

Apple steadily increased A series chip performance for years, evolving the chip design and taking advantage of the prowess of TSMC, which manufactures the chips. Speed tests published by tech site Anandtech using the SPECint2006 benchmark show the A14 surpassing Intel’s quad-core laptop chip, the 3GHz Core i7 1185G7 model that’s a member of the new Tiger Lake processor family.

But the reality is that even Apple isn’t ready to use the M1 in brawnier systems. The MacBook Air is all-in on M1, but Apple continues to rely on Intel for higher-powered 13-inch MacBook Pros. The 16-inch MacBook Pro, the iMac, the iMac Pro and the Mac Pro will continue to use Intel processors as Apple moves through a two-year transition to its own chips.

“It will get really interesting when Apple starts specifically optimizing its architecture for higher performance in a bigger thermal envelope and constant power for desktops,” Techsponential analyst Avi Greengart said.

So yes, Intel has challenges. Apple’s M1 is just the most obvious. 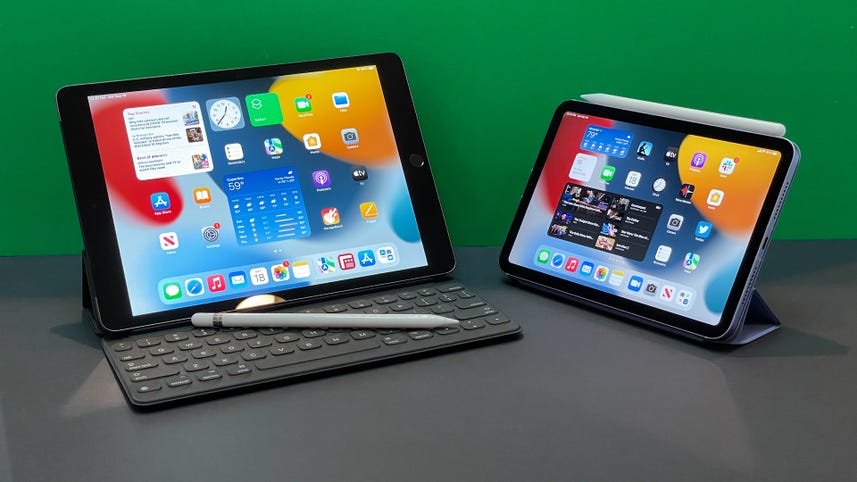 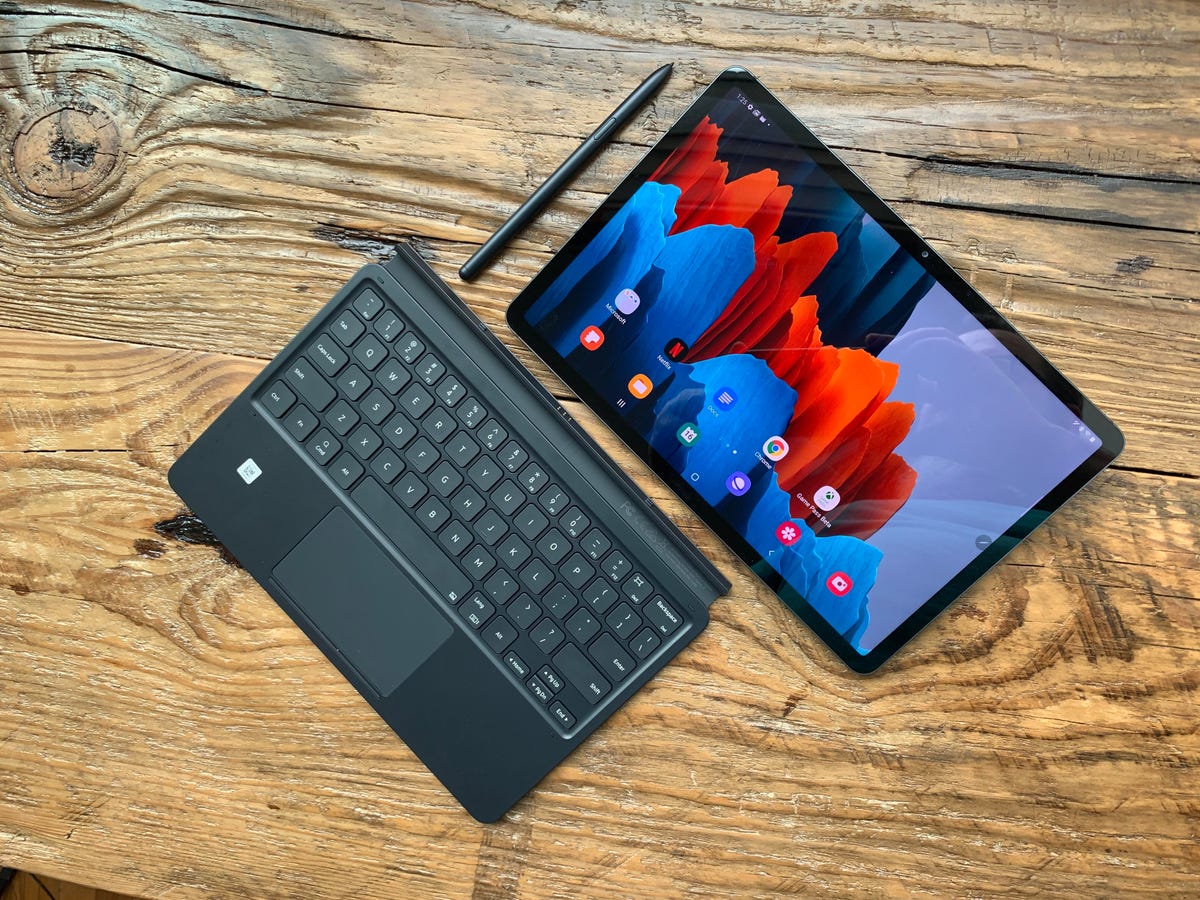 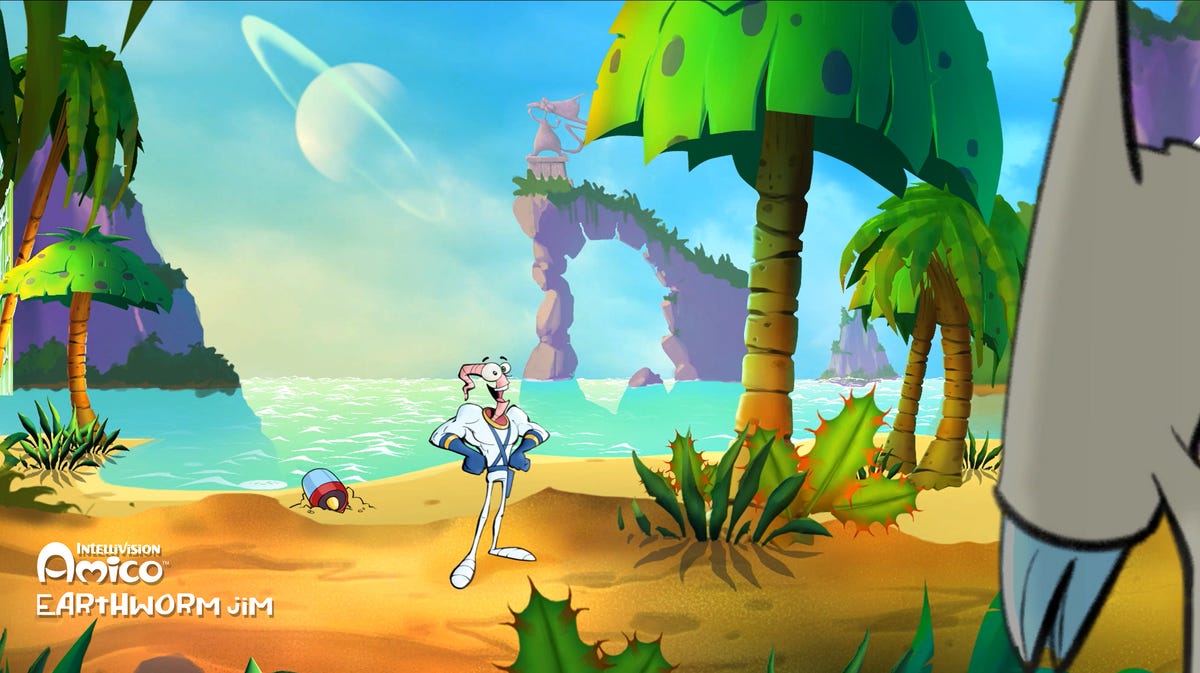 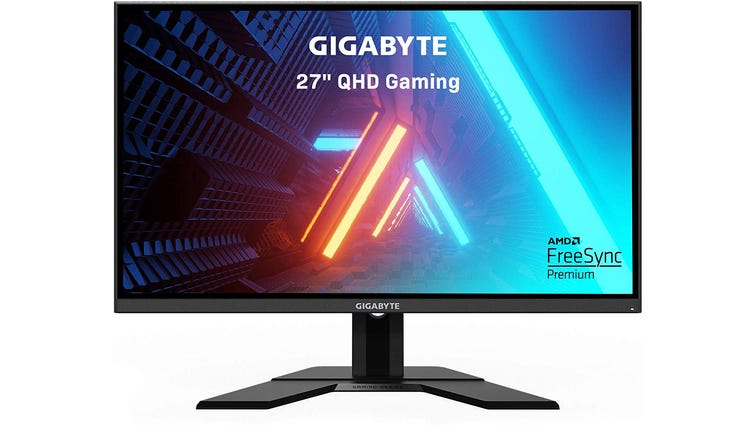