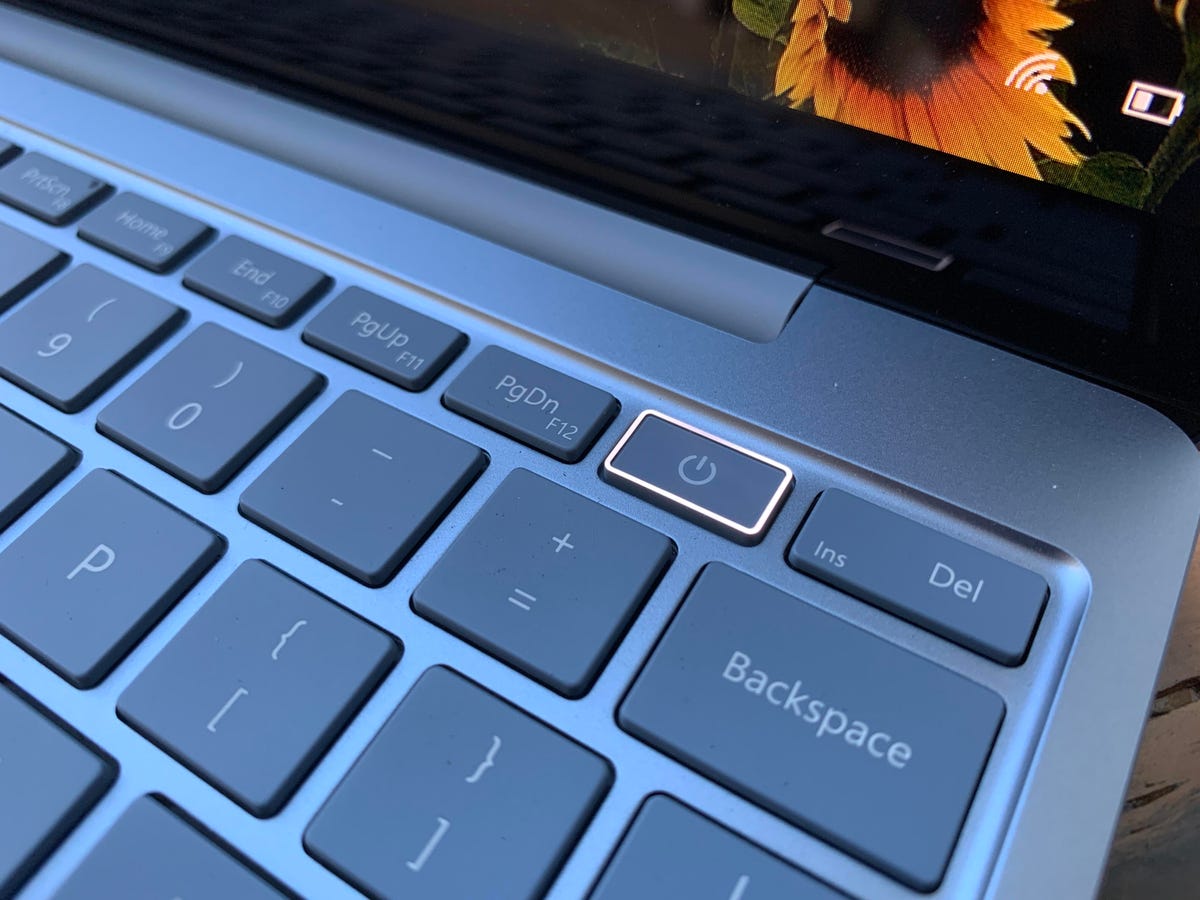 When Microsoft announced the Surface Laptop Go, a cheaper, smaller version of its excellent Surface Laptop, I wondered how the company would pull it off. After all, I’ve said that a truly great budget laptop is something of a PC holy grail — very valuable but also about as hard to find.

Laptops around the $500 mark have to make tough decisions and compromise on design, materials, performance or features, doing well in one area, but poorly in others. Even shopping for a budget laptop has become increasingly difficult in 2020, as remote workers and students quickly snatch up any half-decent budget laptops, leaving many out of stock.

Here’s where the confusion kicks in.

That very nice-sounding $550 price is for a version with the same Core-i5 CPU, same display, same aluminum body, same excellent keyboard, same decent webcam as all three base configurations. But, it only has 4GB of RAM, a meager 64GB of storage, and lacks the integrated power button Windows Hello fingerprint reader the other models include.

At $550, I’d say you’re paying for the style and build quality, more than the components. One reason Microsoft can get away with running Windows 10 with just 4GB of RAM is that it ships running Windows 10 S, which means it’ll only run preapproved software, so nothing too challenging, or even the Google Chrome browser. It takes about five seconds to switch to regular Windows 10, which is what everyone will probably do immediately.

Budget laptops flux in and out of stock very quickly these days, with everyone working and going to school from home. But within a few minutes of searching, I found a 15-inch Acer Aspire 3 with the same Core i5-1035G1 CPU, but 8GB of RAM and a 256GB SSD, for $470. Great specs for the price, but that Acer’s also a bulky plastic box, not a slim, portable, attractive machine like the Surface Laptop Go.


For similar specs, you’d need to trade up to the $900 8GB/256GB version of the Surface Laptop Go. And once you’re paying $900, why aren’t you at least looking at getting a MacBook Air or a Dell XPS 13? You’re very much out of budget laptop land at that point.

In the middle, however, there’s a $700 model, which, again, has the same Core i5-1035G1, but with 8GB RAM and a 128GB SSD. That’s a decent middle ground at a not unreasonable price. It’s still not a bargain, however. HP is happy to sell you a 15-inch touchscreen laptop with, you guessed it, the Intel Core i5-1035G1 plus 8GB RAM and a big 512GB SSD for the same $700. But again, it’s a bulky, not very attractive plastic laptop, and in that case, has a very low screen resolution. (Both counterexamples are available on Amazon as of this writing.)

This is all a very long way of saying that buying a budget laptop is always an exercise in creative compromise. You can have this, but not that.

Naturally, Microsoft sent the most expensive version for me to test, so I was working with 8GB of RAM, not 4GB. Otherwise, the only differences were internal storage and the fingerprint reader. Here are my key takeaways after using it as my main laptop for several days.

The 3:2 aspect ratio screen makes it feel roomy. There may be fewer pixels here than a standard 1,920×1,080 16:9 screen (technically, this is 1,536×1,024), but it looks and feels upscale. The vertically taller screen fits more rows when scrolling through endless email or working on office documents (shudder). The 10-point touchscreen works great.

This is definitely one of the better small-laptop keyboards I’ve used recently. No trying to squeeze keys into an ever flatter surface, as Apple did for several years. The key caps have a fingerprint-resistant soft matte finish and there’s a full function key row. I like the look and feel of integrated power button fingerprint readers, so it’s a shame you don’t get that in the lowest-end model. One hitch. But my left CTRL button felt stiff, as if something inside the machine was blocking one corner.

It looks like a much more expensive laptop. The edge-to-edge glass on the screen, narrow bezels and aluminum upper body all look and feel great. It really does feel like a little brother to the Surface Laptop, which again, I like a lot. The bottom is plastic. (“It’s polycarbonate resin with glass fibers!” I can imagine a PR person frantically typing right now.)

Battery life is decent. Microsoft promises “Up to 13 hours of typical device usage.” I got 9 hours, 53 minutes in our streaming video playback test and only had to plug it in once over the course of three days of decently heavy use. The proprietary Surface power connector is still awkward to use and pops out too easily, but kudos for trying to bring back the MagSafe vibe.

So, should you buy one? I like the Surface Laptop Go, but it’s not for everyone. Here’s my advice. The $550 model has pitiable storage. Just 64GB, soldered onto the motherboard, and even less after accounting for the OS. Also, running Windows 10 with 4GB of RAM can make a $500 laptop feel like a $400 laptop. I’m surmising that, because I haven’t actually tested the $550 version.

The $900 version is too close to truly mainstream-priced laptops, and especially at holiday time, I’ve seen some great deals in the $900-$1,000 range (last year, the regular Surface Laptop had some excellent deals). The only difference from the middle model is a 256GB instead of 128GB. Charging $200 for a 128GB storage upgrade is a tough sell if you ask me.

That leaves us with the $700 model, which has 8GB of RAM and a passable 128GB SSD. Same screen, same processor as the other configurations. Yes, you can get more CPU power and more storage for that price, but not, as a general rule, something this nice and sleek and light and portable.

If you’re going for 60% style, 40% specs, and can swing $700, I’d say that specific version is the one to consider and makes for a great budget-ish laptop with sharp style. 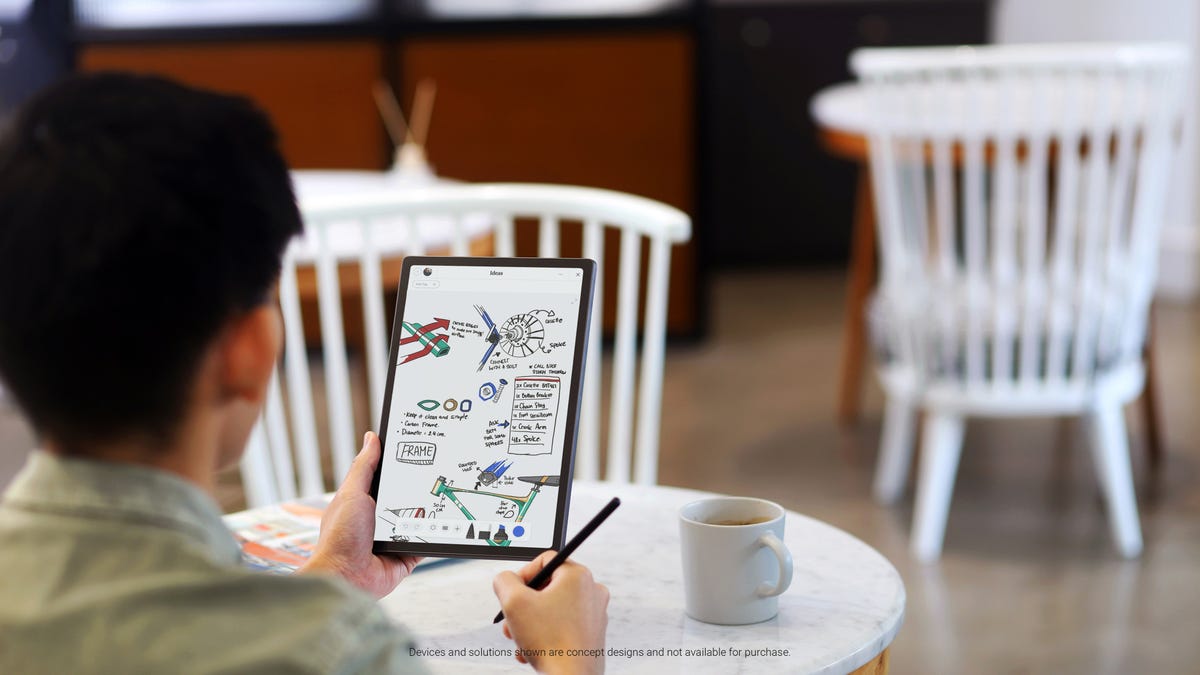 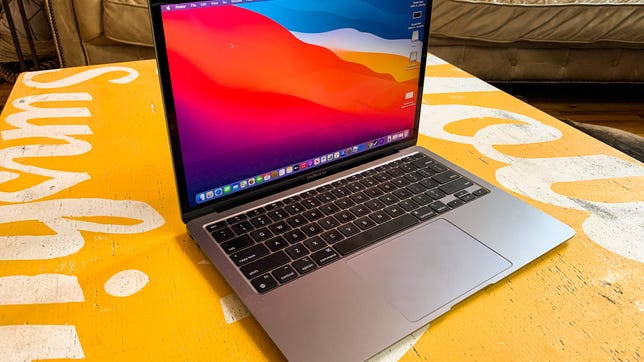