Picking up your Switch and racing on Mario Kart tracks with friends on a TV is one thing, but Nintendo is now going to let you race laps with an RC car in your home with Mario Kart Live: Home Circuit. The Nintendo Switch-connected remote-controlled car game, arriving Oct. 16, turns actual cardboard gates and your floor space into a Mario Kart game on the Switch using augmented reality. After an initial teaser video earlier this summer, on Thursday we learned a lot more about what the game will do and how it works.

Sounds crazy? It looks crazy. This isn’t the first time Nintendo has blended the real world and gaming, though. Nintendo Labo involved insane cardboard-folding interactive experiences (remember Labo?). Ring Fit Adventure turned the Switch into a workout game. Lego Mario is a brick-scanning board game. The Nintendo Wii Vitality sensor was… well we don’t really talk about that. But Nintendo’s never mixed RC cars and video games before, although it once had an RC car video game, and Nintendo once made RC cars.


In a way, Mario Kart Live almost feels like a Mario Kart version of a Mario Maker game, since it’s all about creating your own courses. But it’s also an RC car racing game, adding a surprising amount of augmented reality to mix in video game effects into the on-Switch display. It really does look like Mario Kart 8, but with your home as the backdrop. It reminds me of AR games on phones and tablets, supercharged with a moving race car toy. Or of when I once played Super Mario in a HoloLens. And it also seems like a Nintendo evolution of previous phone-enhanced robotic RC cars, like the Anki Overdrive or Sphero’s Lightning McQueen.

The radio-controlled karts, created by New York-based Velan Studios along with Nintendo, look semi-robotic and are designed to perform like extensions of a video game. There’s something theme park-like about the way the experience all seems to blend.

Will Mario Kart Live: Home Circuit be a hot holiday gift for kids? We haven’t gotten to test it yet, but we did remote-chat with Nintendo and saw a video demo of the racing action. Here’s what we learned.

The karts pair with the Switch or Switch Lite directly over Wi-Fi, which means the game is offline. There are no ways to connect with online friends for challenges.

You get one kart per box, and the software is free to download.

$100 gets you one kart (Mario or Luigi), a charge cable, four cardboard gates, and two arrow markers. The game software is free to download. But each player needs a kart to play, which means $100 more per player, which is… expensive. That’s $400 for a four-way race, even assuming everyone has their own Switch (!) already.

You can play 1-4 players, but each player needs a kart… and their own Switch.

The game supports up to four-player local racing on a real track, but again, each player needs a Mario or Luigi kart, as well as their own Switch to pair with. That’s a lot of extra hardware, which means most people will just play with one Kart on one Switch.

The kart pairs with the Switch by scanning an on-screen QR code with the kart’s camera.

Nintendo showed how the karts connect: An in-game QR code pairs the kart quickly, but the kart could be paired with another Switch later on if needed.

The main part of the game involves either racing a three-cup challenge with changing effects and enemies per race, or racing against a personal ghost in Time Trial laps. The Custom Race mode allows more tweaking of rules.

You paint your own race tracks.

Mario Kart Live courses are all custom-created. You’ll drive your kart around and “paint” your course in your room in mixed reality by driving the kart to make the road, using all four gates as checkpoints.

The game only uses one set-up course at a time and doesn’t save course setups.

You have to repaint your track each time you start Mario Kart Live: Home Circuit, and in Grand Prix cup events you’ll need to set up and paint out another track to change things up between races, or you’ll just race the same layout over and over again.

There are lots and lots of mixed reality obstacles, power-ups and environmental effects.

The game paints over your space, recording what the Kart’s camera sees in its fish-eye lens, but looking to the cardboard gates and arrow markers to animate extra features. There are in-game obstacles and power-ups pop up at the gates (blocks, Piranha plants, Magikoopa curses and more) depending on the course or how it’s customized.

Extras get unlocked as the game is played, offering some replay options and creative challenges, but it’s not as in-depth a creative toolset as Super Mario Maker. Still, it looks like each track gets all sorts of pop-up additions, including underwater effects, fire effects and items that can be used to throw at other karts.

The physical kart slows down or changes course depending on item effects.

When a red shell gets thrown at a kart, it stops moving. A Magic Koopa curse could suddenly cause mirror-reversed driving. When imaginary Piranha plants grab the digital kart, they’ll make the real kart stop. Sometimes there will be over-swerving, or maybe a Chain Chomp will drag the kart off-course.

Nintendo recommends 10 by 12 feet of free space for your typical track setup, and a maximum distance of 30 feet between your Switch and kart.

That’s a lot of space, but the track setups could (and probably should) weave through home obstacles like chairs or tables. And Nintendo says the Karts have a range of 30 feet between the Switch and the Kart, but that it’s better to stay closer for best results on larger tracks, in case the Kart wanders too far.

Battery life is about 90 minutes, with a recharge time of 3-4 hours.

The karts will race for an hour and a half, roughly, which seems standard for RC cars and things like this. Recharge time takes a while, though: The USB-C charger needs three to four hours to top off. Expect quite a few play breaks.

Nintendo says these karts are meant for indoor racing, with tires and a low-riding design that’s not intended to go in your backyard (dirt and debris probably won’t be good for the Kart either). Carpets are apparently fine, though. And Nintendo has suggested that the AR tracking for the race courses could be thrown off by things like the kart flying in the air, so ramp jumps won’t work, and could even interrupt a race (the AR effects assume a flat plane). I’m curious what would happen, though.

The game will work with the Switch or Switch Lite, and in handheld or dock mode. But you can’t play with just one Joy-Con.

Not surprisingly, you can use Mario Kart Live: Home Circuit with any Switch. It’s also pretty cool that you could TV-dock your Switch and play in a living room so the whole family could watch you play, or take turns. But the game needs both Joy-Cons (or the Pro controller) to work, and won’t control with just a single Joy-Con.

Next up: We just need to try playing it.

We still haven’t played the game in person, so we have no other observations about how it actually feels and how good it is. Hopefully that will happen soon, because Oct. 16 isn’t far away. 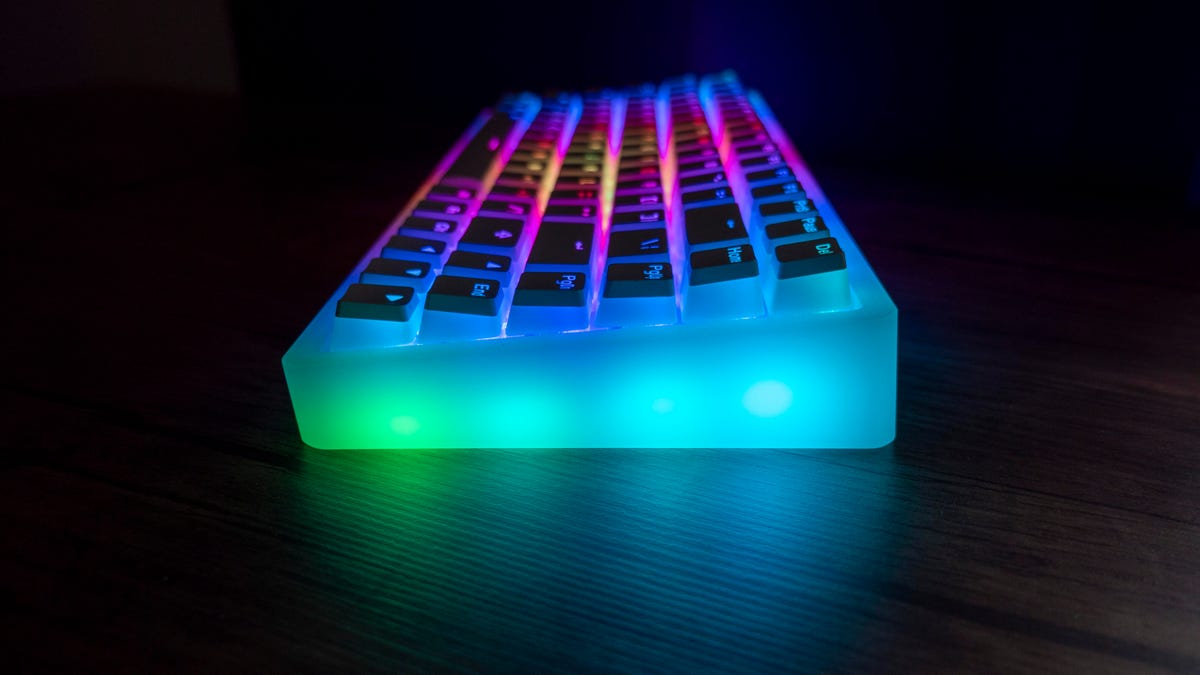