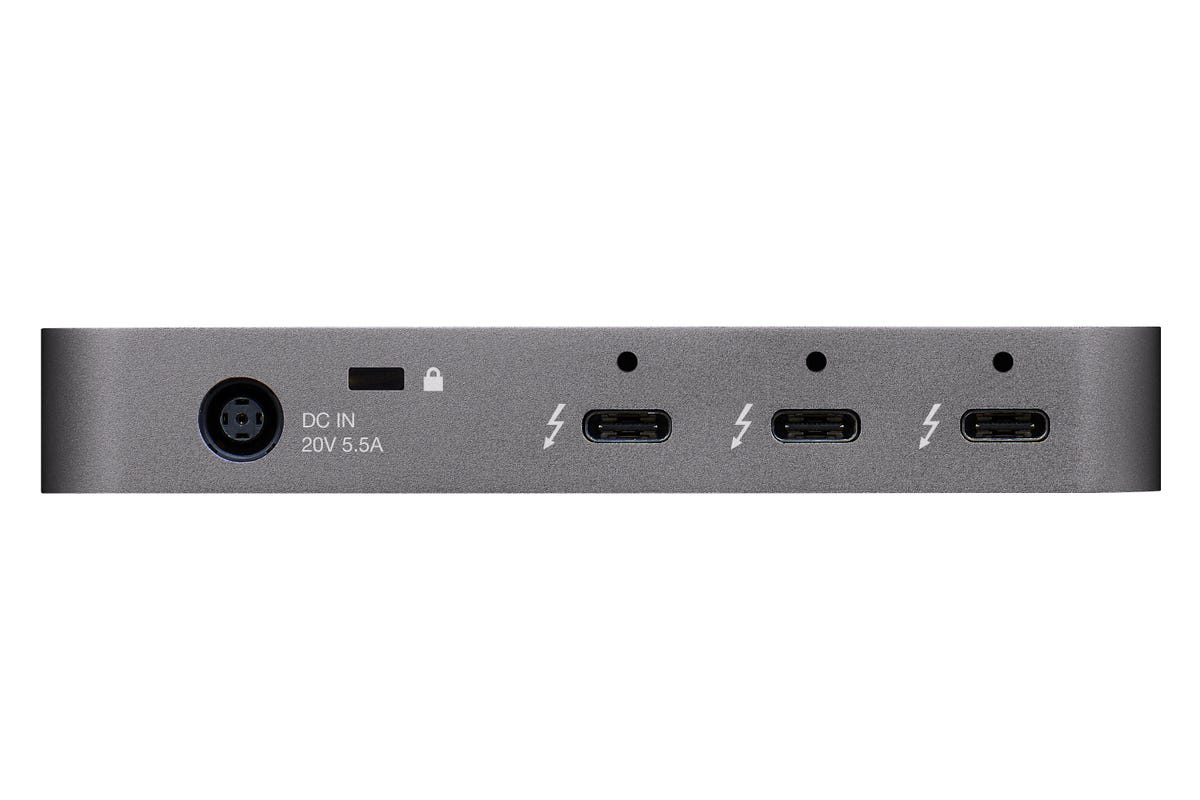 Thunderbolt, the chief competitor to USB-C, is being used to fix one of the standard’s biggest problems: the absence of hubs and docks.

Before the end of the year, Other World Computing will begin shipping its $150 OWC Thunderbolt Hub, the company said on Wednesday. The products, which take advantage of the new Thunderbolt 4 standard, will turn one port on a laptop into three ports in either the Thunderbolt or USB-C standard. Because of the data limitations of USB-C, the standard can’t support docks today on its own.

“It opens up the options,” OWC Chief Executive Larry O’Connor said of the Thunderbolt products.

Thunderbolt and USB-C are at the center of modern high-end computing. The standards allow you to plug in large, high-resolution monitors, fast external storage arrays and in the case of Thunderbolt, even external graphics cards for a major gaming or video-editing performance boost. That gives you a machine that’s both powerful and portable.

That’s a big deal for modern computing. Most of us buy ever-thinner laptops with diminishing room for ports. More powerful ports mean your laptop can shoulder serious computing loads, especially when hubs and docking stations amplify that power.

Thunderbolt 4 debuts with laptops sporting Intel’s new Tiger Lake processors. Thunderbolt uses USB-C connectors and cables and can transfer other types of data, including DisplayPort video for monitors and USB for countless other devices. It’s this Thunderbolt adaptability that lets you plug multiple USB-C devices into Thunderbolt ports on a Thunderbolt 4 dock or hub.

Here’s how USB-C and Thunderbolt get complicated. The two standards compete but are also linked. Thunderbolt adopted the USB-C connector, and the newest version of USB is being overhauled with Thunderbolt’s fast and adaptable technology.

A slew of USB standards

USB stands for Universal Serial Bus, and it’s well named. The standard has spread far and wide to everything from car dashboards and airport charging stations to plasma balls and hamster wheels that spin faster as you type faster. Originally, it was used for transferring data to devices like keyboards, mice and printers.

Three recent efforts have improved USB. First, USB Power Delivery (USB PD) brought better electrical smarts so you can charge power-hungry devices like laptops that use as many as 100 watts, not just phones.

Second, the core data transfer technology, USB 3.0, was upgraded several times and now accommodates speeds of up to 20 gigabits per second. That’s fast enough to transfer hefty video and photo files fast, although support for the top speed remains rare.

Third is USB-C, a simpler physical connector for cables and ports. USB-C eliminates the need to fiddle with cables. And it’s small enough for phones and skinny laptops.

The next improvement will be USB 4, an overhaul that incorporates Thunderbolt data technology, allowing for docks and hubs along with higher speeds. Tiger Lake supports USB 4, which should help coax peripheral makers to upgrade.

As USB improves, though, it’s still catching up to Thunderbolt. And Thunderbolt continues to advance, too.

Thunderbolt 4 might not look like a big improvement over Thunderbolt 3 at first glance because it isn’t any faster. But it brings other benefits:

Thunderbolt devices cost more than USB-C devices, but they’re better tested and last longer, OWC’s O’Connor said. “It’s worth paying a little bit more. A lot of USB products are built to be disposable,” he said.

Intel has for years hoped to make its proprietary Thunderbolt technology commonplace among PCs if not as widespread as USB. Tiger Lake and Thunderbolt 4 features should help its prospects.