When GoPro designed the $449 Hero 9 Black, it decided to just go big. Instead of trying to shoehorn more performance into the compact Hero 8 Black, the Hero 9 is taller, wider and heavier, and it’s totally worth it. It’s an all-around better camera, but most importantly it finally tackles the main gripe most people have with the tiny action cams — battery life.

GoPro’s Hero 9 Black bulks up on power and performance…


The Hero 9 has a larger battery pack than past models in size and power. It’s got a 1,720-mAh battery pack versus the Hero 8’s 1,220-mAh pack. Small cameras only have room for a small battery, but by going bigger with the body, this pack will last 30% longer than the Hero 8’s. GoPro says it works better in the cold, too. I don’t have hard numbers yet but it’s clearly better than before.

The selfie screen I’ve been waiting for

One of the few advantages DJI’s Osmo Action camera had at launch was its front display so you can frame shots from in front of the lens. Akaso’s Brave 7 LE has a similar display and Insta360’s One R lets you flip its single screen to the front. Now GoPro is on board with a 1.4-inch front-facing display in addition to a larger rear touchscreen.

The front display can be set to show your camera status just like past models. It can also give you a full picture of what you’re shooting or fill the screen with whatever is in the center of your frame. And you can have both displays on at the same time if you want or shut it off to save your battery.

More resolution but for good reasons

GoPro used a 23.6-megapixel sensor in the Hero 9 Black. The Hero 8 has a 12-megapixel sensor. That’s a big jump and adding more megapixels to a small 1/2.3-inch image sensor isn’t a great idea for image quality. But in this case, paired with GoPro’s homegrown GP1 processor, the extra resolution is used to improve the performance of features such as its HyperSmooth image stabilization and add new ones including in-camera horizon leveling.

I don’t regularly use 4K resolution for video so when GoPro said it was introducing 5K on the Hero 9 Black, I gave a shrug. My lack of enthusiasm aside, GoPro says a lot of people are asking for 5K now so that’s what you get with the Hero 9 at 24 or 30 frames per second. If you wanted 5K video, now you’ve got it.

For people like me, there’s an incentive to use it when you want to capture both video and stills. The 5K video frames are 14.7 megapixels so you’re getting great video and the option to grab photos, too. I was actively paddling a kayak in the picture above and what you’re seeing is a frame from in between my strokes.

One of the reasons the Hero 9 Black is larger is because GoPro went back to using a removable lens cover. (It’s a feature that was dropped from the Hero 8.) Making it removable means if you scratch it, you can easily twist it off and replace it. It also means you can add other lenses on top of the Hero 9’s like the new $100 Max Lens Mod.

The Max Lens reproduces the capabilities of the lenses on GoPro’s Max camera, giving you an expansive picture with little distortion and amazing video stabilization at up to 2.7K resolution at 60 frames per second. (You can see the full-size version of the image above, which is a frame from the 2.7K video). Additionally, with its horizon lock on, the camera can spin 360 degrees and you’d never know it from the picture — it stays right-side up.

New ways to not miss a moment

Along with all the shooting modes in the Hero 9 Black, GoPro added three new tools: Scheduled Capture, Duration Capture and HindSight. HindSight is similar to the LiveBurst feature in the Hero 8, and now the Hero 9, that captures 1.5 seconds of video before and after you take a picture. For HindSight, it stores a 15- or 30-second buffer for video. As you press record it starts with the video stored in the buffer.

Duration Capture lets you set a timed recording from 15 seconds to 3 hours. Scheduled Capture lets you pick a time you want the camera to turn on and start recording automatically — perfect for sunrises and sunsets or anything else you don’t want to miss because you won’t be there to press record.

It’s almost too much stuff

At what point does a feature set become too deep? The Hero 9 Black feels like it’s on the brink of offering too many options. There are a dizzying number of combinations you can create with the shooting modes, resolutions, frames rates, digital lenses and so much more. That’s why I appreciate the presets that GoPro sets up for you out of the box. And then once you use those for a bit, you figure out what works best for what you want to do. Still, there’s a lot to choose from and it can be intimidating.

Get more and pay less with GoPro?

Pricing is a little confusing because GoPro is offering some bundle options at launch. The Hero 9 Black is $449. Or you can go to GoPro.com and get it for $349 when you sign up for a one-year subscription to GoPro’s service, the price of which is included in the $349 cost. The subscription normally costs $50 for the year. In the UK, the Hero 9 Black with a subscription is £329 and in Australia, it’s AU$559.

If you’re asking yourself what the catch is, I get it. I did, too. Basically, there is no immediate catch. For $349 you’re getting the camera and the year of service, which gets you free camera replacement if you destroy it, cloud storage for your full-resolution photos and video, access to GoPro’s enhanced live-streaming platform and up to 50% off gear and accessories.

For $499, you can get a new bundle that comes with a second battery, the Handler floating grip, a magnetic swivel clip and a microSD card. Again, you can get $100 off if you sign up for the service, bringing the bundle down to $399 (£379, AU$659). And whether you go with just the camera or the bundle, you a get nice storage case because GoPro is getting rid of its plastic packaging and selling the cameras in the case instead.

The Max, Hero8 and Hero7 all stay in the lineup with the 8 and 7 at reduced prices.

I didn’t mention it earlier, but in case it wasn’t clear, the bigger body does mean you can’t use your old batteries in the Hero 9 Black and the Hero 8 Black Media Mod won’t fit on it either. GoPro is making one for the Hero 9, though.

There are a handful of other updated features that I didn’t even mention making this quite the package. It’ll even work out of the box as a webcam for Mac or Windows computers. So what do you think, are the updates worth upgrading for? Let me know in the comments and check back for a full review. 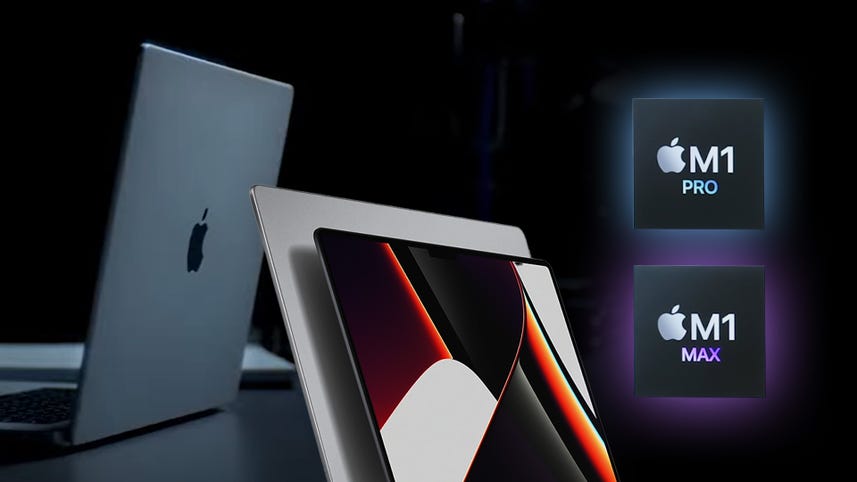 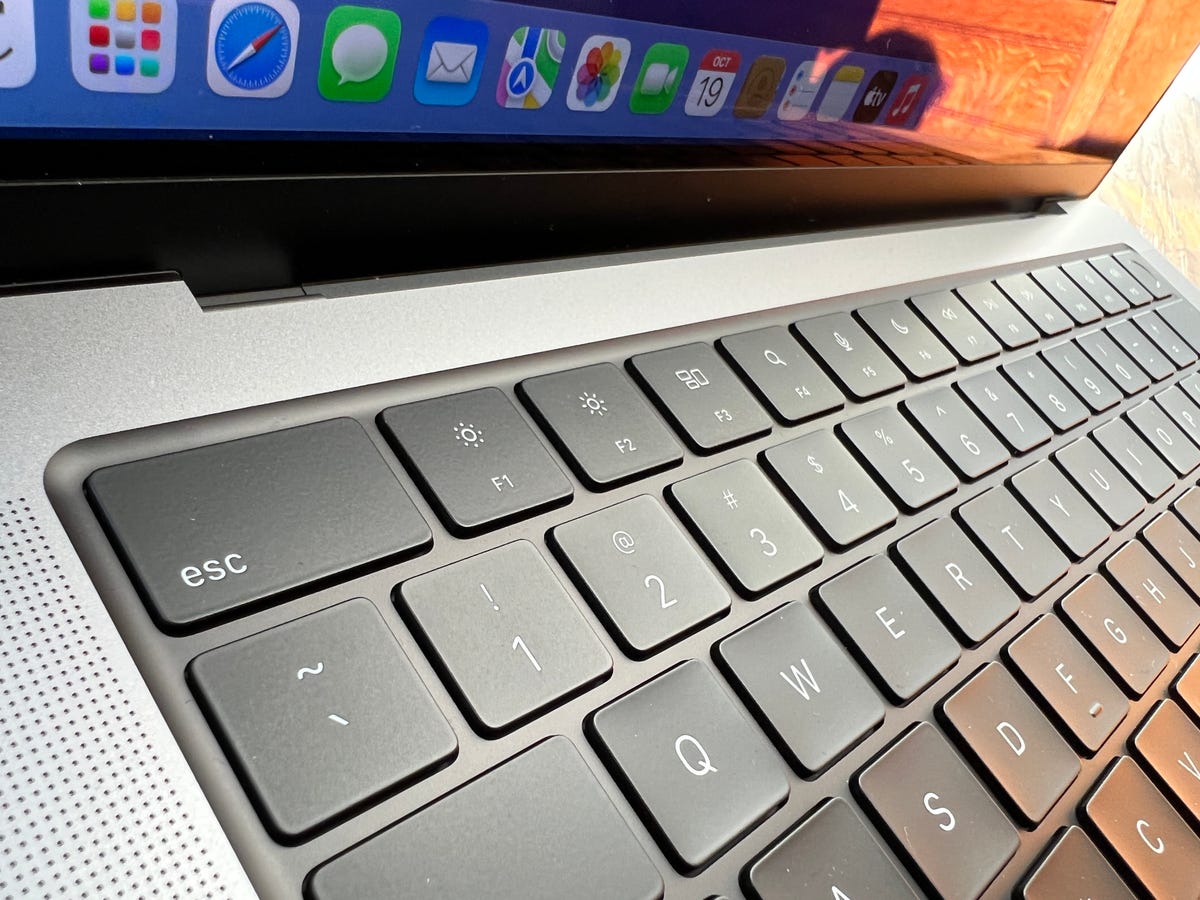 Web technologies
Sticky Key on Your MacBook Keyboard? Here’s How to Fix It

Web technologies
With iOS 16, Apple Could Add a New Polish to the iPhone