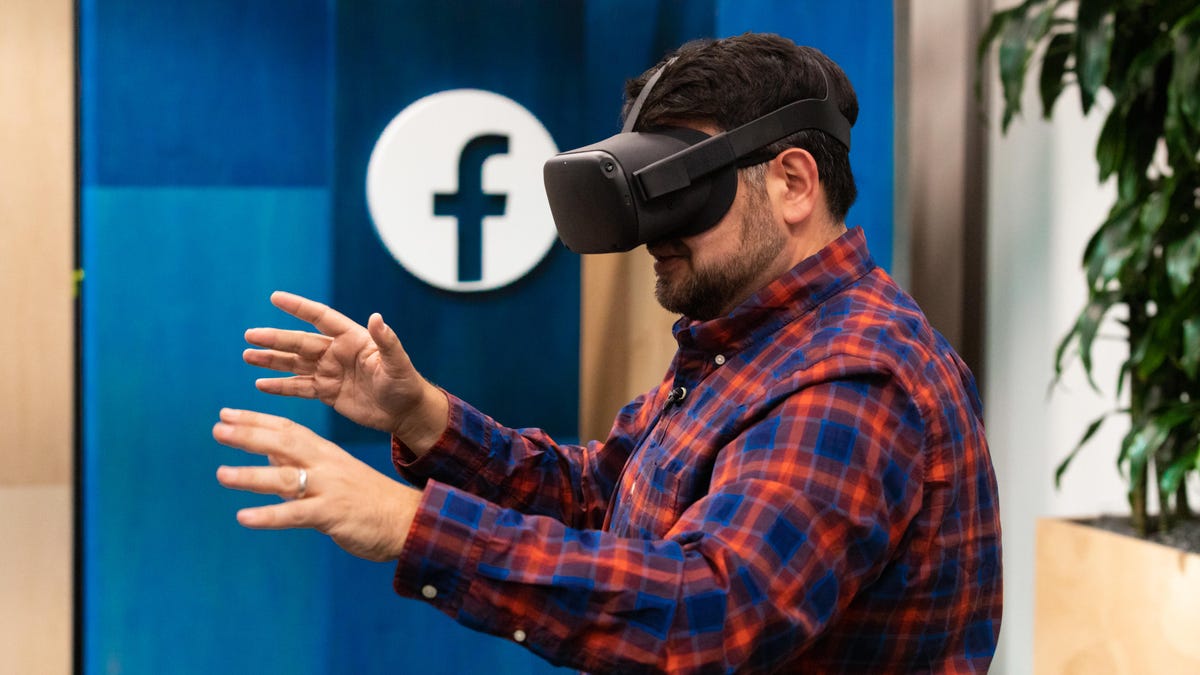 In 2020, VR feels more like a tangible reality than ever before. In a year of lockdowns and isolation, virtual reality has suddenly become a way for friends to connect, see theater experiments and feel briefly like you’ve escaped.

The Oculus Quest was the best VR device of 2019, and that’s true in 2020, too. But Facebook’s standalone headset may be getting a sequel as soon as this fall. That’s no surprise considering the device’s popularity, but it may be a subtle upgrade rather than a complete overhaul.

Here’s what we think we know so far, but also, here’s what I want to see in a next-generation Quest. Those aren’t the same lists, but together they may paint a picture of what could happen next.

Quest 2 was originally reported to launch in 2021, but it could come sooner

A Bloomberg report from May said that Covid-19-related delays could push the Quest 2 back to next year. But that report by Mark Gurman also indicates that multiple versions of the next Oculus Quest are in development. Maybe it could end up meaning a more subtle update this year, and a more advanced one down the road. More recent leaks, like purported Quest 2 photos alongside a tweet saying “September 15,” suggest a headset could be revealed sooner, maybe this fall at Facebook’s Oculus Connect conference.

Would that be the Quest 2, or a revamped and streamlined Quest (like Nintendo did with the subtly revamped Switch)? Or maybe Oculus reveals Quest 2 this year, and it’s not available till next year? It’s all unclear. Facebook revealed the first Oculus Quest in the fall of 2018 during an Oculus Connect conference, but didn’t release it until the following spring at F8.

Will it be better, or more affordable — or both?

One thing that’s hard to figure out from reports so far is whether the Quest update that might be coming soon is a more streamlined, budget version of the Quest, like a Nintendo Switch Lite, or a revamped and improved Quest. Or, maybe it’s both? For any possible Quest shoppers right now, that also makes it hard to make the call whether to wait till September or not. Considering Quest availability challenges and Facebook’s commitment to the Quest platform, it’s probably better to consider the next Quest as more of a revamped version of a game console than a whole new device. But, then again, we don’t really know.

The design suggests a similar but streamlined look

What appear to be leaked photos of the next Quest were posted by known tech gadget leaker WalkingCat. WalkingCat has a track record of getting scoops ahead of product releases, too.

The images of the likely Quest 2 don’t seem shockingly different. But, if you compare them to the current Quest, there are differences. The new headset seems a bit smaller — that’s good, because getting rid of some bulk would make the Quest less tiring to wear. It also looks like it ditches the fabric exterior of the Quest (which gets dusty and gross) for a smoother plastic material.

The headstraps look smaller and more streamlined, too. Will that mean a better fit or a weirder one? The current Quest has stiff straps that fit well for some, but are also awkward to pack away for travel.

There also doesn’t seem to be an IPD slider on the new headset, like there is on the Quest. The first Quest can adjust the distance between lenses to fit different eyes (interpupillary distance, or IPD, can vary). The new model may not do that. Many headsets don’t have IPD sliders, so maybe the next Quest can still be comfy without it. Or, maybe the new headset has made its display tech simpler to get to a smaller size (or a lower price).

The Bloomberg report from May indicates both RAM and processor upgrades for the next Quest, which could help with the current hardware’s occasional bugginess and slower frame-rates. The Snapdragon 835 chip on the Oculus Quest is fairly out of date, although the Quest uses it really well. More recent 845 or 855 chips, or even the VR/AR-optimized Qualcomm XR2 chip, would all give a new Quest better performance and allow for better graphics and a faster refresh rate. VR on the Quest maxes at 72Hz. Most other PC-connected VR headsets have at least a 90Hz refresh rate, which makes things smoother. Some, like the Valve Index, can even do 120Hz. 90Hz is ideal, and would help VR feel less jarring.

What about a higher-resolution display?

The 1,440×1,600 resolution on the Quest’s OLED display is already better than some PC headsets, and the Quest can make text seem pretty clear at that resolution. Still, when trying to do work in VR, it suffers. I’ve tried using virtual monitor applications that connect to my PC, and the readability suffers compared to my own monitors. I can’t enjoy movies in VR, either, because the visual quality is lower than I would get on an iPad.

There are higher-res VR displays out there. Some, like the upcoming HP Reverb G2, can do significantly better. Could Quest 2 get an upgrade? It would actually be helpful for remote work use. Some reports suggest that the Quest 2 could move to an LCD display, but the higher-res aspect is my wish, not necessarily a reality.

The Oculus Quest has a few mixed reality tricks up its sleeve: it can scan rooms and paint boundaries on top of the real world, and its cameras can track hands and fingers in space. An upgraded Quest could benefit from better room and world-tracking, and improved hand-tracking, too. Would that, maybe, allow for a few more mixed-reality VR tricks, or just a headset that works better? Or both?

Facebook is working on an AR headset, but in the meantime, the company is using VR as a way to explore ways of mixing the real and virtual together. More advanced hardware could continue to push the next Quest to more mixed-reality effects.

The Oculus Touch controllers are already my favorite VR controllers out there, mixing finger movement and physical buttons in a compact form. But I could see some areas to improve: making the triggers easier to find and press, and maybe adding better haptics. The simple buzzing on the Quest is fine, but a more refined vibration could help add different sensations and make interactions feel more real.

Battery life could use a boost

The current Quest lasts about 3 hours or less, in my experience. I’d like to see an improvement here, so I can spend less time charging and more playing.

Expandable storage for more games would be nice

The fixed 64GB and 128GB storage tiers on the Quest can be frustrating. I use the 64GB Quest and routinely have to dump games out of storage because I max out available space. A MicroSD card slot could help add a lot more room for apps — but would that be possible? (This is strictly a wish list item; hopefully it happens.)

Could it have a lower price?

The Oculus Quest is currently $400-$500, which is hard to absorb into a family budget. The now-discontinued Oculus Go was only $200. Could Oculus try to fit into a price closer to $300, to get into more homes? Facebook’s all-virtual Oculus Connect conference will likely happen sometime this fall, so we may not know more until then. If Facebook wants the Quest to be more widely accepted, the company might subsidize a more affordable headset as soon as possible (much like Amazon and its more-affordable-over-time Echo).

In the meantime, if you’ve already bought an Oculus Quest, don’t worry — it’s still the best all-around VR headset you can buy. But if you’re considering buying one now, maybe you want to hold off for another month or two just in case. That’s assuming if, when the next Quest is released, you’ll even be able to find one in stock to buy.