This story is part of CNET at 25, celebrating a quarter century of industry tech and our role in telling you its story.

The year was 1995. Nirvana played on the radio, Toy Story was a hit movie, and as Netscape had its IPO and Microsoft released Internet Explorer, the World Wide Web boomed like a supernova. People went online, buying books on Amazon, searching for content on Yahoo and reading about it all on a new website called CNET.

As part of CNET’s 25th anniversary, we’ve spent the last month sharing with you how the internet, the technology industry and CNET itself have profoundly progressed over the last quarter of a century. But it’s not just our online experience, the people driving it and the technologies powering it that have changed. The personal gadgets we use today barely resemble those from the mid-1990s, and most of them are now combined in our phones. So strap on your pager, grab your Game Boy and make sure your camera has enough film: We’re taking a wistful and sometimes regrettable look back.

Cellphone (not a smartphone)

After the brick-like Motorola Dynatac became a symbol of Wall Street excess in the 1980s, cellphones were beginning to slim down by 1995. Moto’s trend-setting Startac flip phone wouldn’t arrive until 1996, but the Motorola 3200 actually fit comfortably in your hand, as did Nokia’s slim 2110 (the company’s first phone with its famous ringtone). Of course, the phones of the day didn’t do much besides make calls — Nokia’s first phone with the game Snake debuted in 1997 and camera phones wouldn’t arrive in force until the early aughts — but they were reliable, sturdy and their batteries lasted forever. And unlike today, where every phone is a glass rectangle, it was a magical time in phone design where few of them looked alike.

If you didn’t have an early cellphone — and sometimes even if you did — a pager (or beeper as they were called on TV medical dramas) was a way to show how popular or important you were. Today the whole process for using one feels as archaic as setting your VCR to tape Melrose Place (see below): Dial a number, wait for a beep, enter the phone number for calling you back and hope your recipient is both near a phone and cares enough to actually follow through with your request. Pagers also let us send an early form of text message by inputting numbers that would either be code for some phrases or roughly spell out others. Some were obvious like “07734” for “hello” (when turned upside down), and 911 for “call me now!” But others such as 143 for “I love you” took a little more thought. Don’t get it? Add up the number of letters in each word: I (1) Love (4) You (3).

Forget hanging it on the wall or putting it on a slim media center, your television in 1996 was a bulky cathode-ray tube model that was an absolute pain (often literally) to move. Though it’s also somewhat true today with flatscreens, choosing your TV’s size back then really depended on how big your living room was. Because if you went too big, your big screen might take up more space than your couch. On the upside, device convergence was showing up in some TVs by the mid-1990s. Maybe you had one with the TV and VCR all in one box?

It’s May 22, 1995, and you can’t be home to watch the season finale of Melrose Place. Dr. Kimberly Shaw had pulled back her wig to reveal that enormous scar the previous season so you knew she was well on the road to doing something completely bonkers. And in one of the greatest moments in TV  history, she didn’t disappoint when she blew up the drama-filled apartment building. Clearly, you can’t miss that, but in the pre-TiVo and DVR era, you had only one choice: Record it on your VCR. If you had set your VCR’s clock correctly, if you had enough tape, and if you could master programming your VCR correctly, you could be away and still catch Kimberly press the button. Just be kind and rewind.

I bought my first laptop in 1999 — a Dell of some sort that I ordered over the phone. Even then it felt obscenely heavy, but I could still carry it with me easily when I moved across the country for grad school. That wasn’t the case with the desktop I had prior to that: a giant CRT monitor that took up most of my desk, the tower computer that I always hit my leg against, the connected, clickity-clackity keyboard that tilted up and the wired two-buttoned mouse that used a roller ball sensor instead of a laser. For storage, it had both CD and floppy disk drives and I could connect a cumbersome zip drive when I needed more space. And for my term papers, there was the noisy, grinding dot-matrix printer with those satisfying-to-tear-off perforated edges. By the way, a Compaq ProSignia Desktop 330 in 1999 started at $2,699, or about $4,150 in today’s dollars.

OK, this tech came a bit later than 1995, but I had to include it. If you had a 56k dial-up modem, you’ll never forget the ear-shattering series of sounds that preceded your connection for “surfing the web.” It was slow and annoying, but it also came with a palpable sense of excitement as you anticipated your next drive on the information superhighway. Then came “You’ve got mail!” (because what other ISP besides AOL were you using at the time?) and a cluttered, but innocent internet without rapid-fire hate speech, YouTubers and dangerous disinformation that spread like wildfire through social media. Today’s Wi-Fi-driven “just open your browser” world puts you online instantly and you can use your landline phone at the same time (if you still have one), but some of the wonder is gone.

I had one well into the 2010s, mostly because I never worked up the energy to get rid of it. But the cordless phone was one of humankind’s great achievements when they first appeared in the 1980s. Forget the wall-mounted rotary phone or that wriggly cord that was always getting tangled — just pick up your handset and roam your house (remember this was a time where people actually talked on the phone). The digital answering machine — tape answering machines were disappearing by 1995 — let you screen calls. And unlike with voicemail, you could still pick up the call and answer with the obvious lie of, “Oh, I just got home.” Beeeep!

Before MP3s and streaming and after much of the world had moved on from vinyl and LPs, we consumed music on cassettes and CDs (I’ll leave a discussion about MiniDisc players for another time). You could invest in an expensive room-spanning stereo system, with multiple boxes for your receiver, the different components and your speakers, but the boom box was an attractive alternative for apartment dwellers, college students and people who didn’t obsess over high-end audio equipment. It put all the stereo’s parts in one box and you could carry it easily. Larger models, like the one that lived in my dorm room, had detachable speakers.

Of course, music could even be more portable than a boom box. The cassette-playing Walkman was running out of tape by 1995 to be replaced by the CD-playing Discman. To listen to your grunge tunes, you likely had a simple pair of foam-padded headphones with an adjustable metal band. And, of course, in these pre-Bluetooth days, the wire that connected your headphones to your Discman was always getting tangled in something. Other accessories you may have carried included a padded CD carrying case, that opened like a flip book, and an adapter shaped like a cassette that you plugged into your car stereo’s tape deck. The only thing missing was a mixtape.

A camera wasn’t in your phone, so you had to carry something else to take photos, and in 1995 it likely used 35mm film. You remember film… those little canisters you had to buy, pop in your camera and then take to get developed. Because film was a much more finite resource than a memory card in a digital camera, you had to be pretty discerning about how many photos you took. Today’s film photographers will argue that taking fewer photos is a good thing and I admit I miss the excitement of going to your local Fotomat kiosk to pick up prints from a recent vacation.

No, your phones didn’t do this either so you had yet another device to film awkward family gatherings or chronicle your vacation with a video you’d watch once (if you did at all). By 1995, tape formats like Hi8, MiniDV and VHS-C made camcorders smaller than the VHS-equipped behemoths used by your high school AV Club. You could hold it on your hand, rather than positioning it on your shoulder, and it was easy to use on the go.

Gaming on the go in 1995 probably came in the form of a Nintendo Game Boy. First introduced in 1989, the portable player grew hugely popular through the 1990s and its concept lives on today in the form of the Nintendo Switch. I didn’t have a Game Boy, so I defer to CNET’s Mark Serrels to describe its influence. “It’s a rare breed of device that becomes so synonymous with its purpose it becomes the default example for everything that follows in its wake … But perhaps the coolest thing about the Game Boy was the fact it subverted how, when and where video games could be played.”

What tech gear did you carry in 1995? Tell me in the comments. 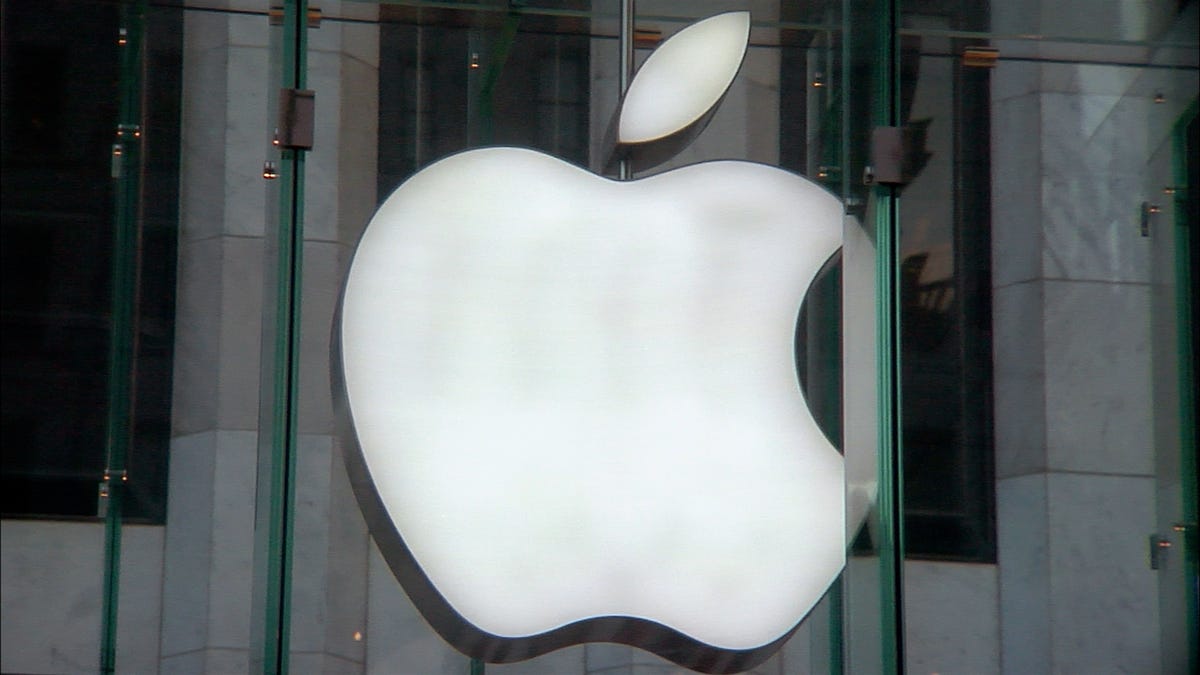 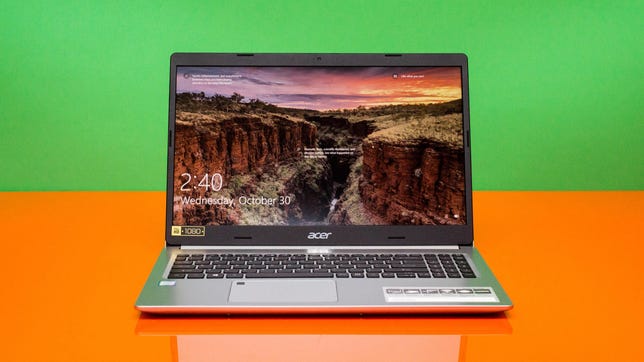 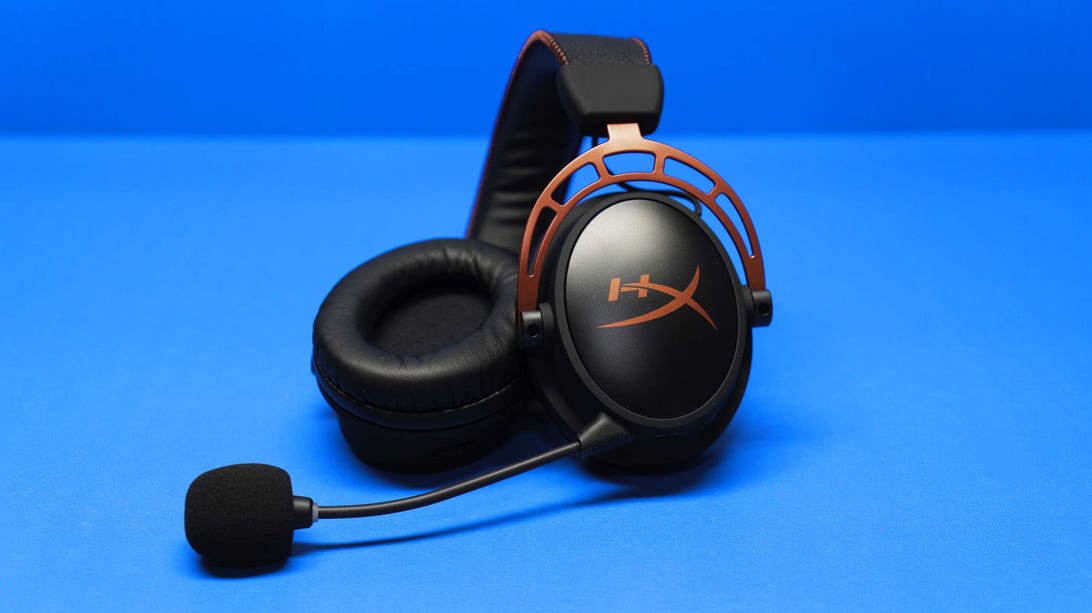