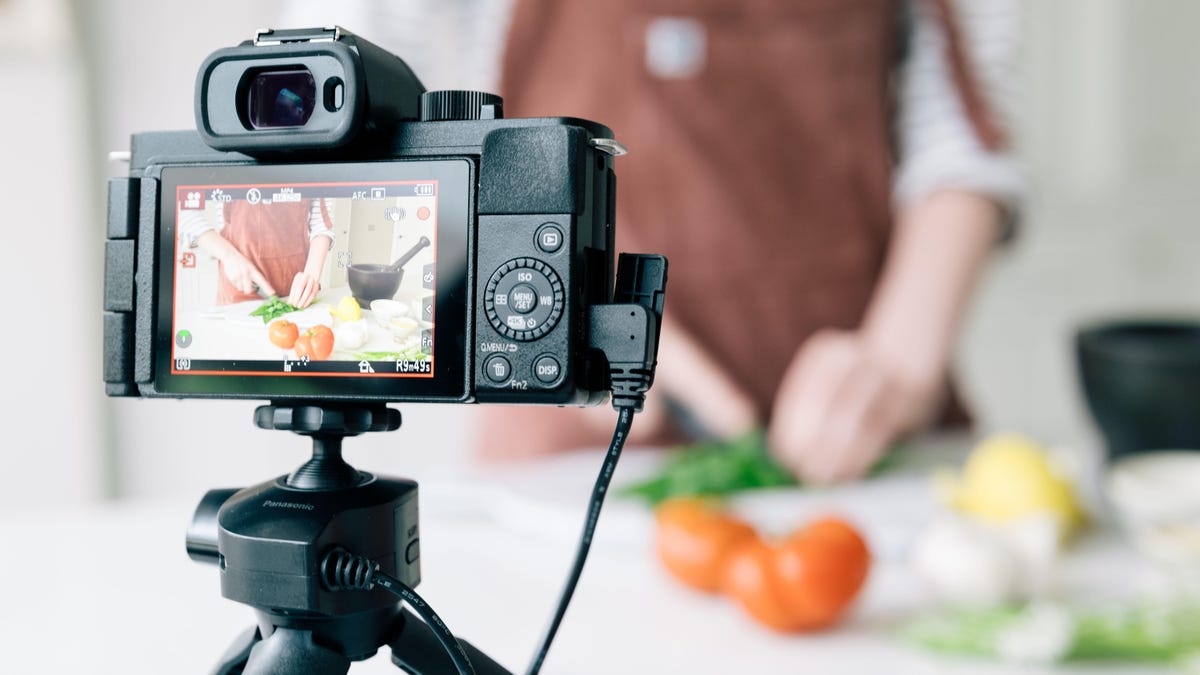 While Olympus is exiting the camera business, one of its competitors is expanding its lineup. Panasonic’s new Lumix G100 camera is aimed at vloggers with a weight of just less than a pound (412 grams) with its f3.5-5.6, 12-32mm lens and a new handgrip that doubles as a tripod. It’s also the first camera of its kind to use Nokia’s Ozo Audio for spatial audio that works with the camera’s face tracking to follow the voice of the subject.

The G100 uses a Four Thirds-size sensor to capture high-resolution QFHD 4K videos in 3,840×2,160-pixel resolution at 30 or 24p in MP4 and full-HD resolution at 60p, all with V-LogL recording available as well. Panasonic’s five-axis, hybrid image stabilization promises to keep things looking smooth while you walk with the camera.

The audio is really the standout feature here, though. Nokia worked closely with Panasonic to optimize the camera’s three-mic array to develop sound-recording capabilities to address different uses such as interviews or first-person, selfie-style commentary whether you’re indoors, outdoors or in motion, Nokia said in its announcement of the collaboration.

The G100 will also have a new Video Selfie Mode to keep you and your background in focus without having to make aperture adjustments. Also new is Panasonic’s Tripod Grip DMW-SHGR1 that gives you something to hold while you shoot, but can be opened into a tripod, too, and there are controls to start and stop video recording and the shutter release via a USB connection. The grip can also be used with Panasonic’s GH5,GH5S, G9, G95 and G85 cameras after a firmware update.

Panasonic expects the Lumix G100 to be available to buy at the end of July, but it’s available for preorder now for $748.

Web technologies
Between Glasses, Phone and Drone, Snap Aims to Blanket the World in AR