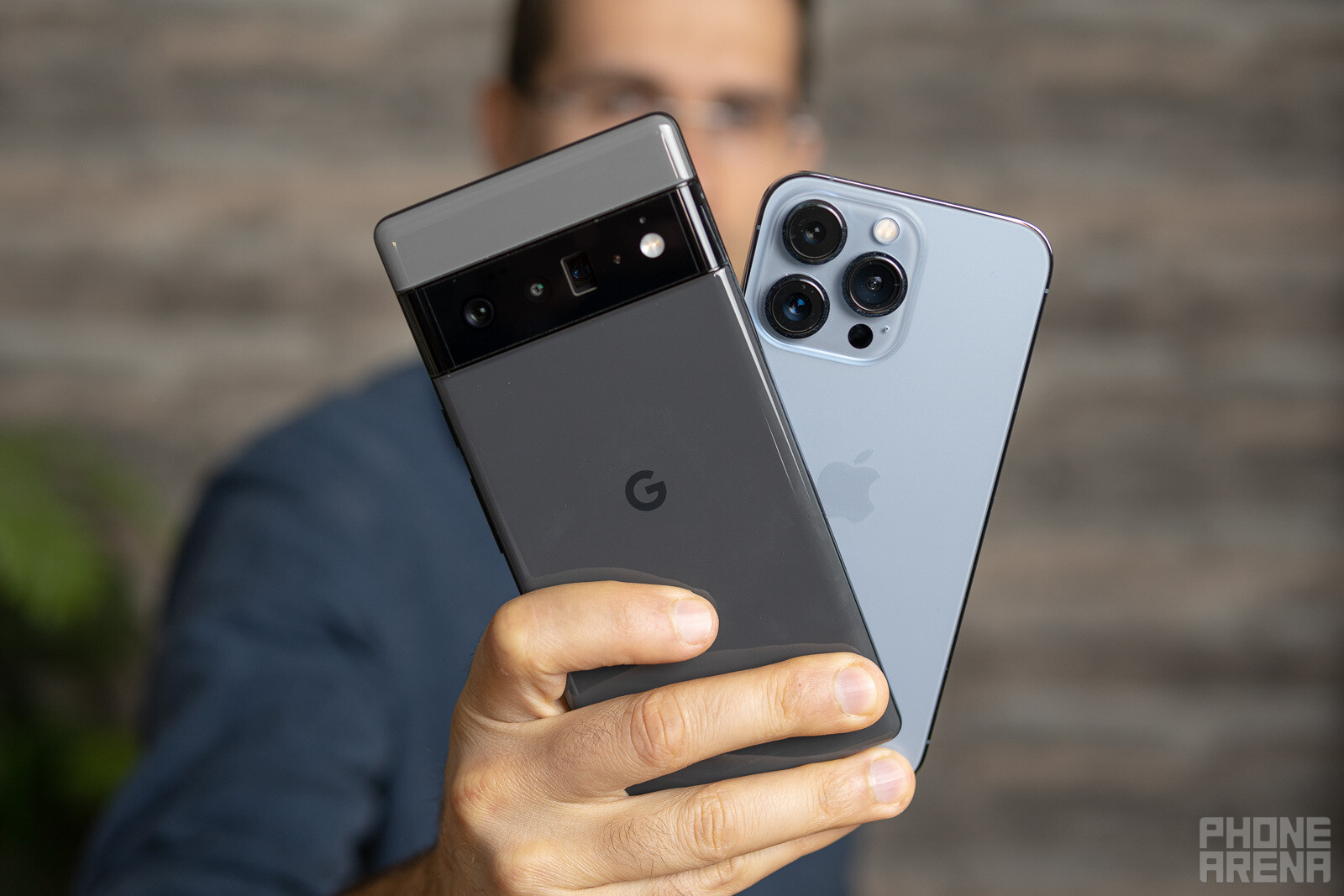 Pro was officially announced on October 19, 2021 and was released shortly after, on October 25.

Apple’s iPhone 13 Pro was officially announced on September 14, and has been available since September 24, 2021, close to a month earlier than the Pixel.

However, it’s worth noting that while the iPhone 13 Pro is widely available, the Google Pixel 6 Pro is currently short on stock, with some color and storage variants unavailable in some stores, including Google’s own. So right now the iPhone 13 Pro is by far easier to get a hold of.

The Google Pixel 6 Pro has quite a unique back design, significantly more premium and distinct than its predecessors. The rear of the phone has a triple-tone hybrid aluminum design, with a raised Gorilla Glass Victus-covered camera module that matches the width of the phone. The Pixel 6 Pro’s frame is made out of polished aluminum, while the rest of the back is also protected with Gorilla Glass Victus.

From the front, the Pixel 6 Pro looks like a conventional 2021 flagship with minimal bezels and a holepunch wide angle selfie camera centered at the top of the display. Speaking of the display, it’s a 6.7-inch OLED 1440p display with variable refresh rate of up to 120Hz. It is also slightly curved around the edges.

The Pixel 6 Pro comes in the following colors: Stormy Black, Cloudy White and Sorta Sunny, although as mentioned earlier, not all of those may be available in all stores, with Cloudy White being the only option on Google’s own store right now.

As for the iPhone 13 Pro, while it’s similar to its predecessor in its flat-edge design, flat display, a glass back and aluminum frame, it does have a 20% smaller, more narrow notch and a larger camera bump. Other than that, we have the same premium build we’ve come accustomed to from all of Apple’s recent flagship iPhones.

The unique-looking camera module of the Pixel 6 Pro is housing a 50MP wide camera with optical image stabilization, a 48MP telephoto camera with 4X optical zoom and a 12MP Ultra wide camera. Google says that the ultra-wide camera can capture 150% more light than the Pixel 5 could, suggesting brighter and sharper photos. Google’s Tensor chip is also said to bring improved AI performance for better and faster photo processing.

The iPhone 13 Pro’s familiar but larger camera module packs three cameras, all 12MP, two of which are a telephoto and an ultra wide one with macro support.

As for zoom quality, you get a 3X zoom camera on the iPhone, while the Pixel has a 4X zoom camera. Apart from the 3X zoom level, the Pixel seems to really have a big advantage over the iPhone, it just has a lot more detail at those longer zoom ranges.

As for the Pixel 6 Pro’s front holepunch selfie camera, it’s 11.1 megapixels. Check out our dedicated article on the Pixel 6 camera specs and features for more details. Inside its notch, next to the FaceID setup the iPhone 13 Pro has a 12MP FaceTime / selfie shooter.

In low light, the difference between the two is first in the time of capture as the iPhone takes just a second or two, while the Pixel takes a lot longer to capture and also to then process an image.

The Pixel 6 Pro is coming with Android 12, which has been notably updated with a fresh new look. Android 12’s Material You design language is playful and vibrant, bringing a long-needed change to the operating system’s appearance.

Unlike Apple’s iOS, Android 12 is focused on solid, flat colors and, of course, is allowing for complete user customization. Material You’s color palette will even automatically change based on the user’s chosen Pixel 6 Pro wallpaper, so everyone’s Pixel 6 Pro can potentially look and feel different.

Apple’s iPhone 13 Pro comes with iOS 15 out the box. iOS 15 brings improved Maps, Facetime and Safari apps, as well as Notification Summary and Focus features for better notification organization. The Photos app is now able to recognize and translate text from your photos and turn it into text you can copy, all on-device as opposed to relying on a cloud service.

Aside from its cleaner Safari redesign, iOS 15 isn’t too different in its appearance from iOS 14 – aside from its support for widgets, not much new in terms of user customization. But, of course, with all of Google’s talk about privacy, we can’t skip the fact that Apple is proven to focus on user privacy even if it means dumbing down some of its assets (e.g. Siri). Apple continues its efforts to make iOS perform everything on-device and collect as little user data as possible. Along with that, Apple’s App Tracking Transparency not only lets users know clearly what data each app wants to collect from them, but it lets them opt out of being tracked, which left Facebook particularly unhappy with Apple.

The Pixel 6 Pro is powered by Google’s own custom-made chip called Tensor, as opposed to going with a Qualcomm Snapdragon processor like previous Google phones did. Similarly, Apple’s iPhone 13 Pro is packing Apple’s own A15 Bionic chip.

In our performance tests, the iPhone 13 Pro got significantly higher results. However, as Google was careful to point out during it’s Pixel 6 series presentation, benchmarks may not reflect real-life performance. And with that in mind, we can say that both the iPhone and Pixel will likely be buttery-smooth and reliable in your normal daily usage.

The Google Pixel 6 Pro packs a 5003 mAh battery, and in our testing, on a single charge it lasted over 13 hours of web browsing, 9 hours of YouTube playback and 4 hours and 19 minutes of 3D gaming.

The iPhone 13 Pro has a much smaller 3095 mAh battery, but even so, in our separate tests it lasted nearly 15 hours of web browsing, 8 hours and 26 minutes of YouTube streaming and just over 8 hours of 3D gaming.

Both phones are solid battery life performers in most scenarios, except 3D gaming. If you do game a lot, the iPhone 13 Pro may last you about twice as long on a single battery charge as the Pixel 6 Pro. 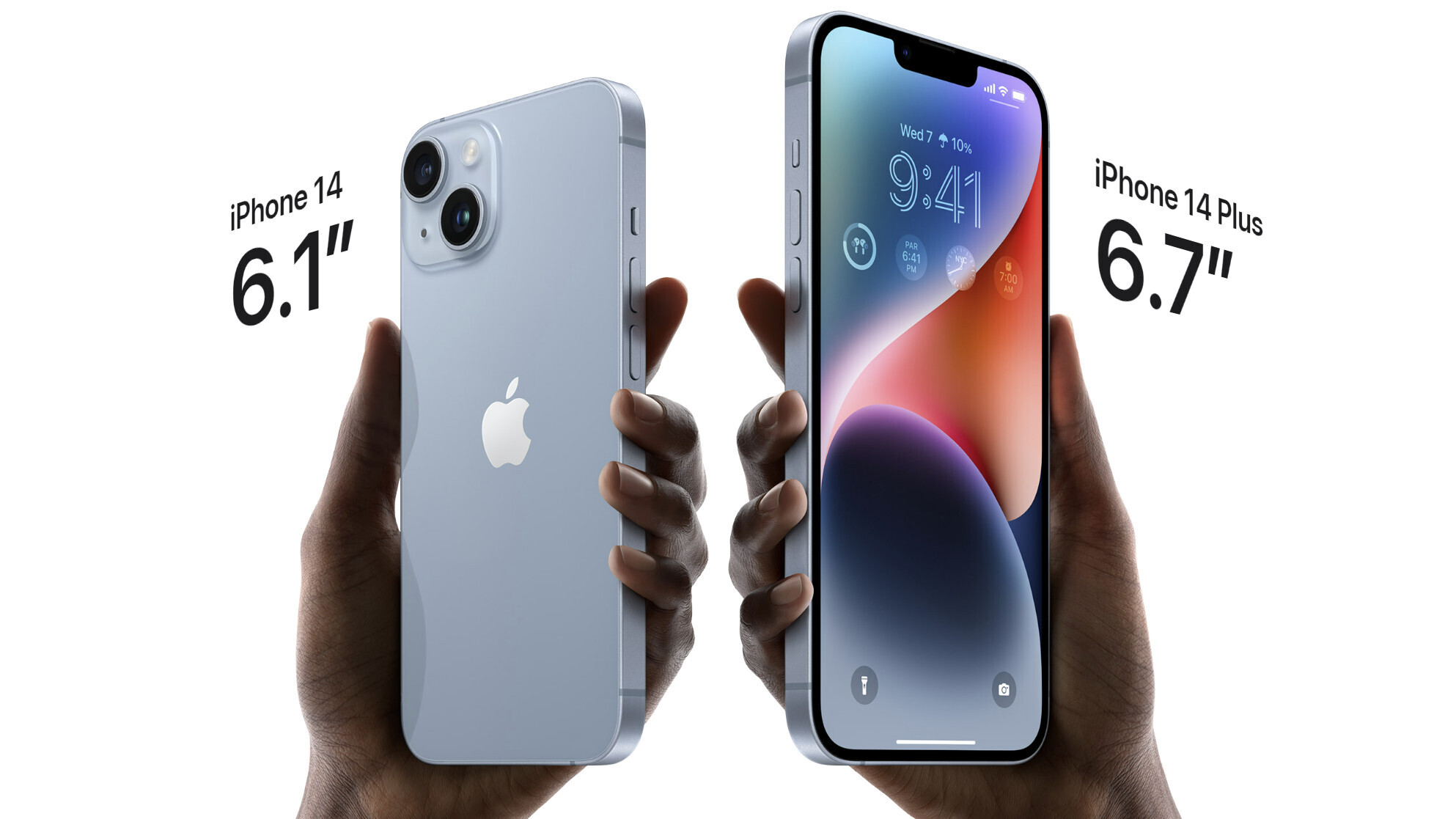 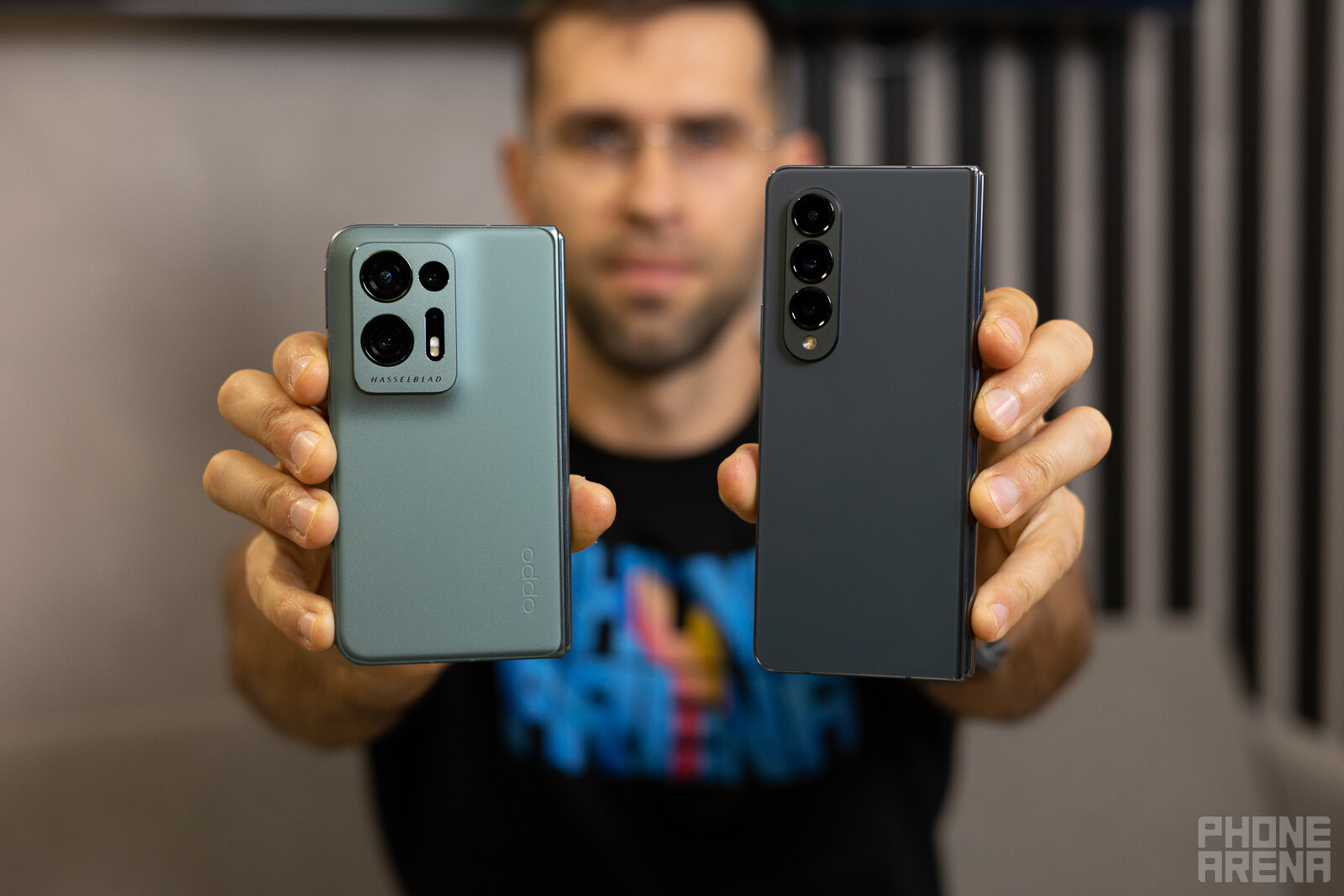 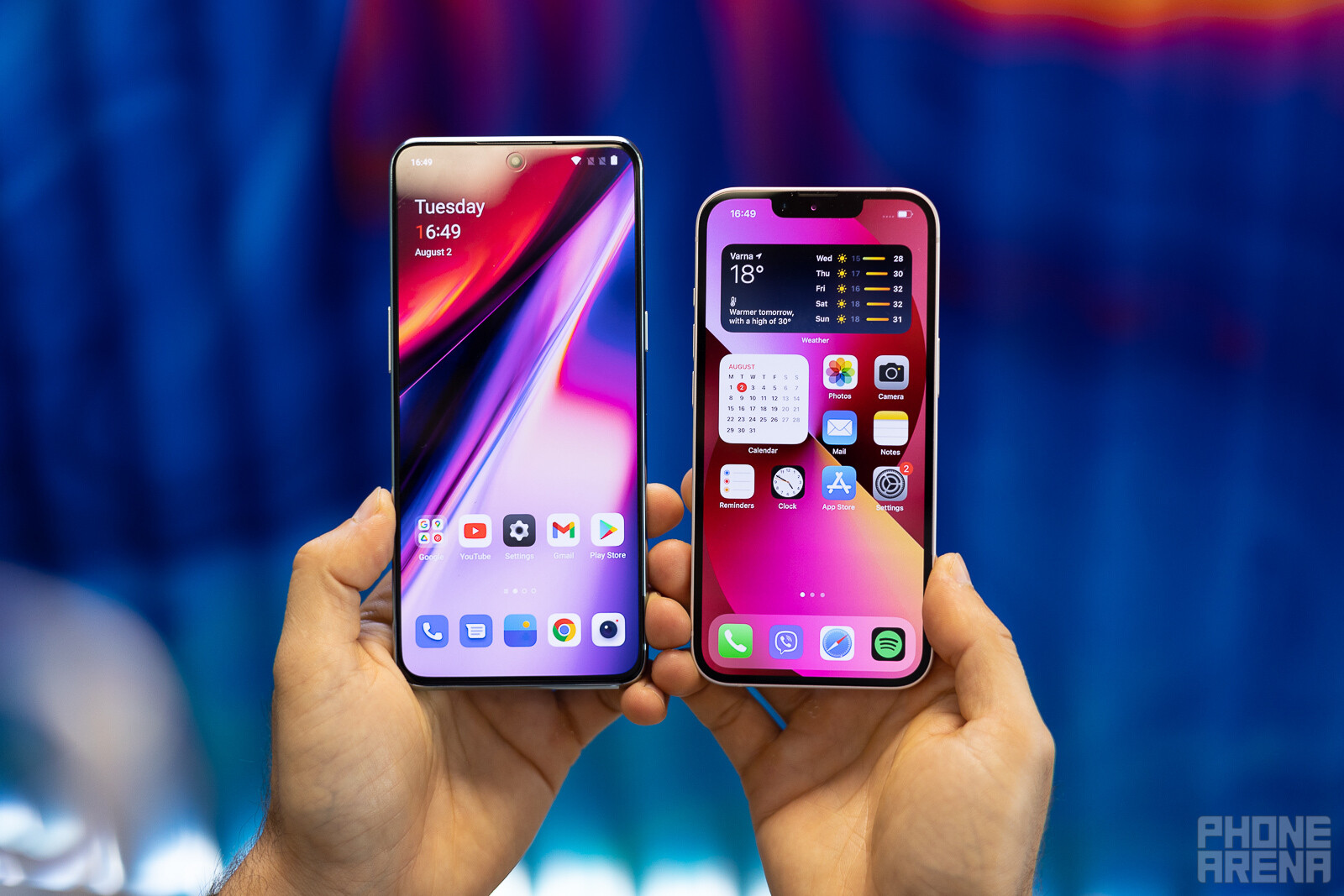